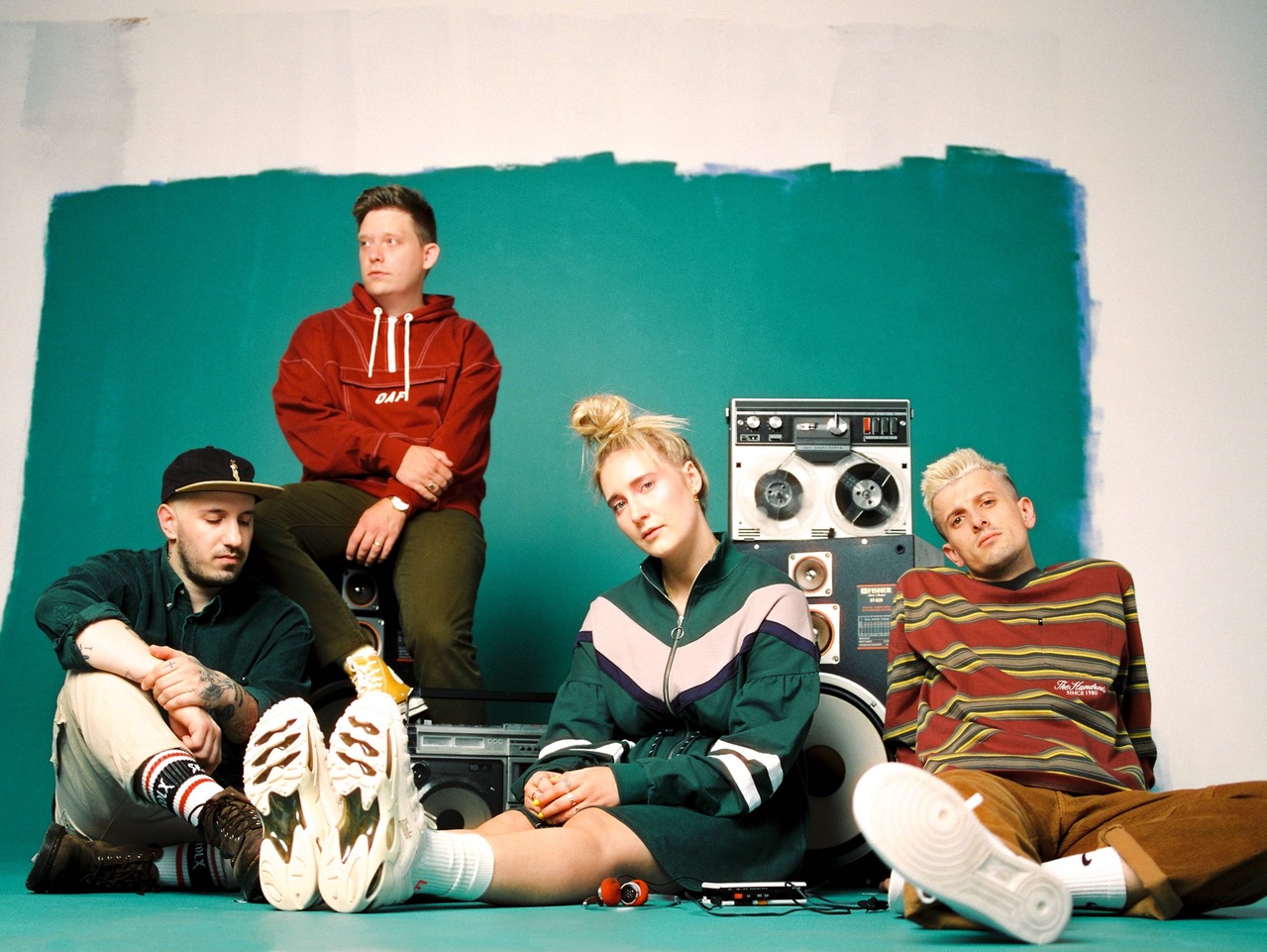 I have been obsessed with Fickle Friends for the last few years. So much so I was CONVINCED they would play at Coachella. Needless to say, I have yet to see them live, but fast forward to this year, where I got to interview Natti, their lead singer. Their first two singles are incredible and I can’t wait for the sophomore album due next year.

So what made you decide to pick like “What A Time” as your lead single for the second album?

Natti: So with the lockdown, we’ve obviously been writing a lot and this track just came at the end of us hitting our heads against the wall. It just felt right and topical and it was so relevant to what everyone was going through - it wasn’t meant to be a quarantine song, but it was a track about escapism and to feel good about restarting ourselves again.

Would you say creating this album was vastly different than the first?

Natti: Our first album had tracks that we wrote when we first started the band, and at that point we had been together for about five years and included the track “Swim” which was released already at three points at that time. We also were completely different songwriters from start to finish, but for this one, we took a year off and the songs are a condensed amount of music in a shorter amount of time

When you create songs, how do you as a band come together?

Natti: For this one, we started to dig a little deeper than our first record. I was like, “Okay everyone empty your brain that you’re freeling and I’ll write it down.” We’d do this and turn it into a concept. We draw it from our life experiences, some from other artists and then what’s going in our lives.

I know you love yoga and meditation. Has this practice been incorporated into how you write songs?

Natti: I think for me, it’s allowed me to live with my thoughts a bit more and accept them. Before writing music, I was uncomfortable with the way I was feeling and it was an alien experience. I didn’t know how to quite verbalize how I was feeling. I came to yoga from a place of depression and anxiety so gradually I’ve been coming more at peace with myself. Now, I’m writing everything down and it’s been therapeutic for me.

What song are you most like, excited for fans to hear from this album?

Natti: There’s a song called “IRL” for in real life and it’s not because it’s particularly deep or emotional, but for me, it’s the memories of writing the song. When I wrote this song, I went in for a writing session and I didn’t plan to write songs for Fickle Friends. We were going to write a track for someone else and after it was produced by our friend Jack, it was such a pop banger and it’s so relevant to life now but also a classic Fickle Friends song. It’s uplifting and just makes you feel good. I don’t know how to put it, it just excites me!

Natti: So unsure if we’re going on tour on not, but we’re going to do some virtual gigs and we also have this art collaboration I’m working on. I want to encourage people, our fans especially, to be creative in some way where we do a digital exhibition.

Are there any last thoughts? About the album? Or life?

Natti: Not really, I felt like I said all my thoughts, but I guess that if there’s anything that you feel awkward about, put yourself out there and do the thing you’re thinking of doing!! Don’t be afraid!