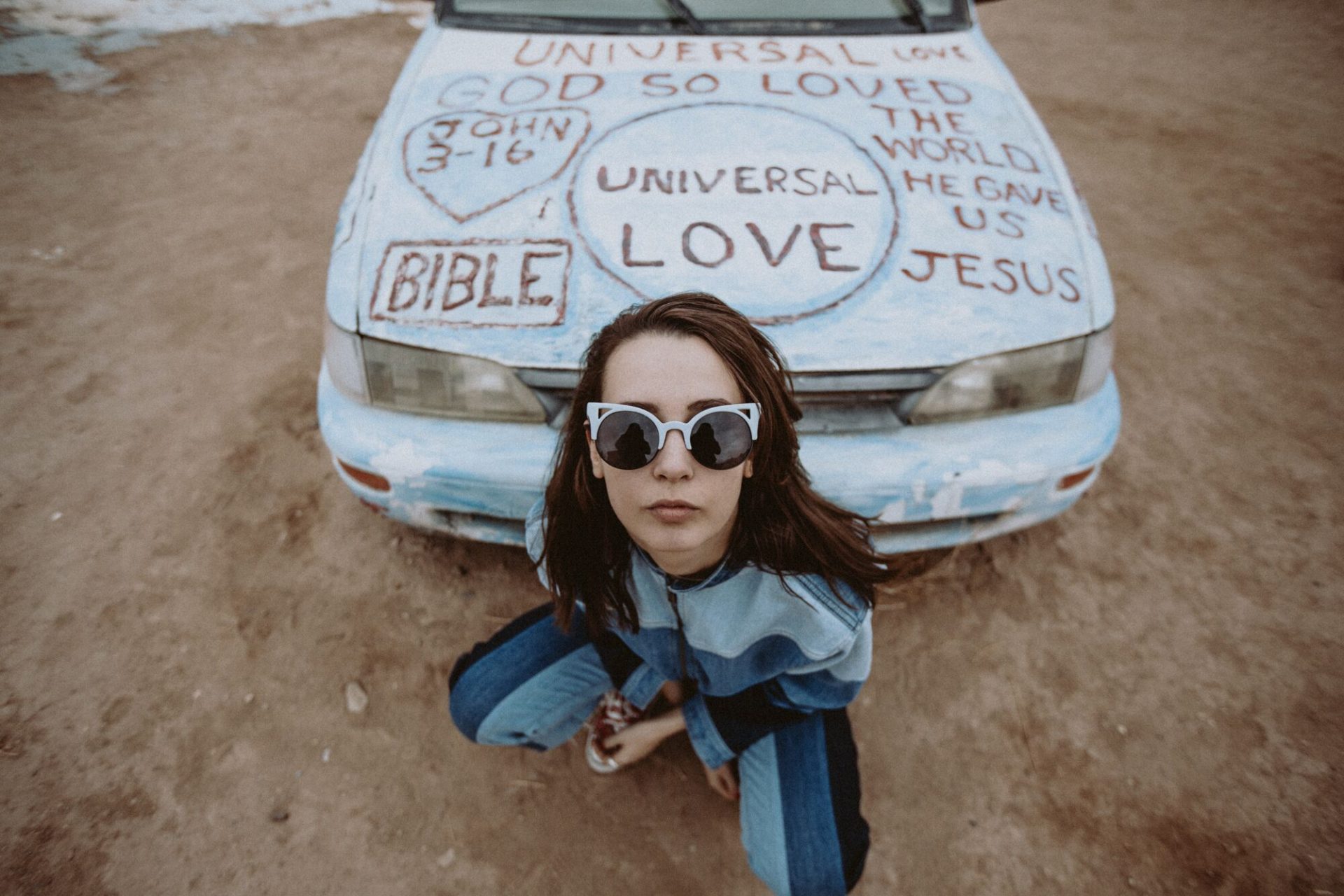 I’ve looped “Electric Bones” on my phone for what seems like my entire life at this point. Natalie Findlay has toured with Iggy Pop, Karen Elson, and Brandon Flowers. She was also personally asked by Mick Jagger to play the Serpentine party in London. I just have such a soft spot for badass rockstar women. Her sound is a little rock, a little pop, a little garage and a little blues, but she’s ballsy af and cooler than I'll ever be.

“I guess I was 15, 16. I started playing guitar, and then I did my music lessons at school, and just listened to like so much music, I was really uncool, I guess, at school, so music was my friend, which sounds really lame,” she says. “Yeah, I wasn't one of the cool kids. I was just kind of the weirdo that was listening to rock and roll.”

Findlay was self-taught, she found solace in her music and learning how to place guitar. She says, “I started writing shitty songs and stuff. Then i signed my first record deal when I was 17 but that didn’t really work out. It just clashed with I guess what I wanted to be and who I felt that I was. I started my own record label and I put some stuff out on that. It got the attention of BMG who signed me and now I’m in Austin.”

This was her first SXSW and it was long overdue, last year she was one of the many artists who couldn’t attend SXSW because of the visa restrictions going on at the time (Trump stuff). So this was her debut. Now she has until 2020 to do whatever she wants here in the States.

One thing she definitely loves about her newfound visa and going on tour is seeing the world. She says, “I think the traveling is so fucking great, like being able to see the world while you're getting paid to have fun. It's literally like the best thing ever. Meeting all the people I've met like just on this trip alone is just like blowing my mind. Everyone is so nice.”

“There've been some really great bands, female fronted bands,” she muses. If anytime it’s going to be now. With the new wave of feminism and the power that women are taking back. Findlay’s fearless music has never had a more appropriate place. She talks about her favorite femme-fronted music, “There's a band called Dream Wife, it's three piece like punk band, and it's fucking insane. And then there's my favorite band, Black Honey. That woman is insane. Bang Bang Romeo, another she-rock. Anastasia is great. We've been given the opportunity now to kind of go like, look, we can fucking do this. Let's do it.”

She was originally drawn to rock as a genre when she became obsessed with The Strokes.

She says, “They look fucking cool. Their music is great. I saw them live a couple of times and it just blew me away and I was like, I want to do that. I want to be the female Julian Casablancas.”

That’s so perfect and accurate, the female Julian Casablancas. It’s that nonchalant attitude mixed with her intricate lyrics and raw performance. However, her songs represent her work ethic. She says, “I’ll think, ‘I want to write a song about this’, and I'll really sit down and think about it. And other times, I'll have a chord progression and I'll just like bullshit over it work on what the sound is going to be, like the first thing that you did, and then kind of develop it into something else. But I've worked really hard for like that way of how I like to work. I just kind of go with the flow, and I think if you start to play, I really hate it when bands have a formula and you can hear it,” she pauses for a moment and emphasizes that point, “I never want to be like that, so I'm always trying to keep it like fresh and trying to be different. You've got to keep it fresh.”

And her best advice: Old men at record labels will try to tell you what to wear and who to be and how to sound because they don't fucking know. They're just trying to make money. Like just be as true to yourself as you possibly can, and don't bend for anyone. And learn how to tell people to fuck off.