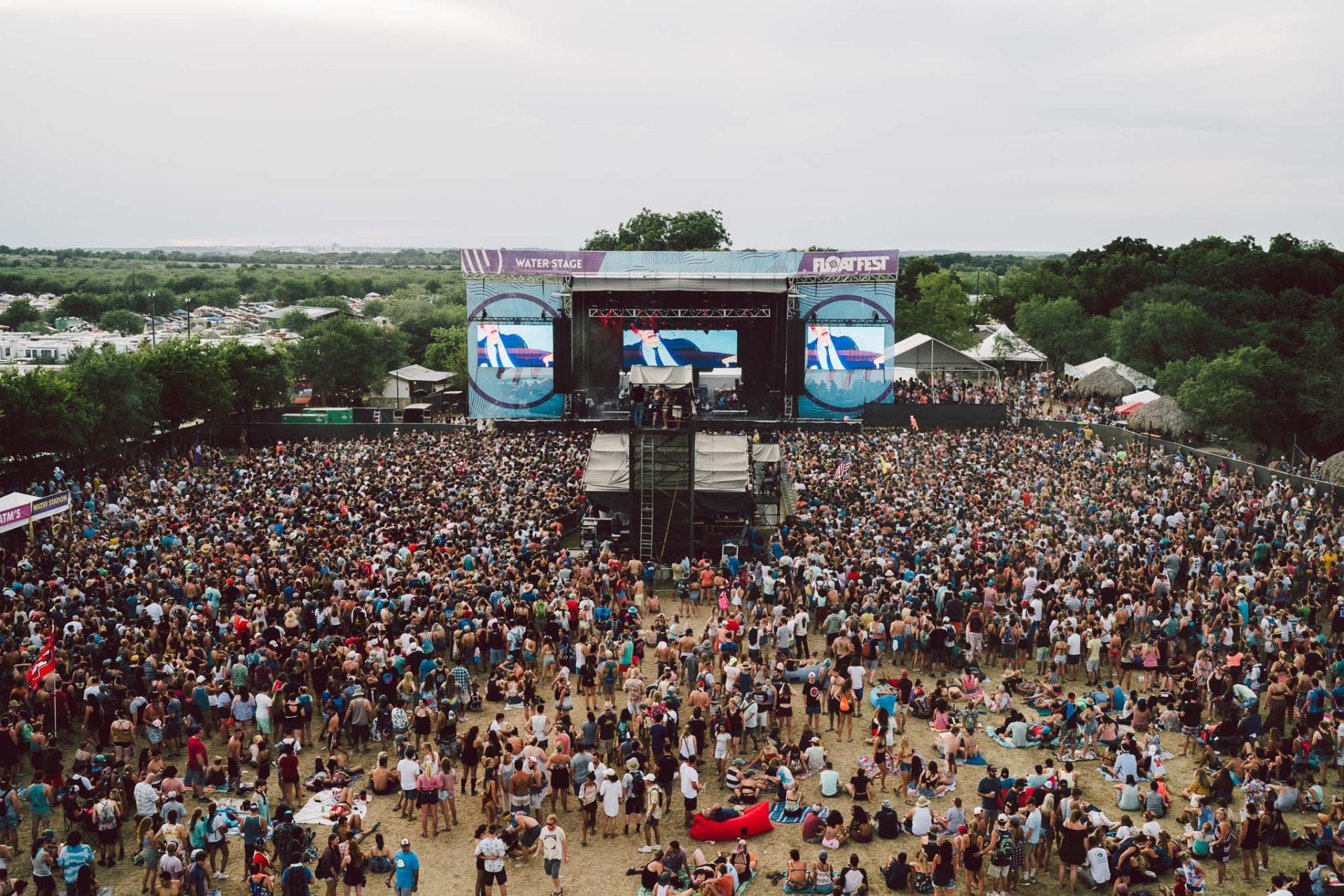 When I set out for San Marcos on Saturday, I expected to have an amazing time, hang out with friends, drink, enjoy the music, and have a really memorable experience in a beautiful area. That’s far from what I got at Float Fest.

The location was great. I loved how far from the city it was and how much space we all would have. I loved the fact that the camping area was right next to the entrance and that I could even see a parking lot not too far from where the cars were entering. However, once I was lead towards my actual parking lot, I realized just how far I would be from everyone at the end of the night. “But,” I told myself, “there will be so many people leaving and parking attendants around that it won’t be that bad.” I pushed the thought back, parked, and made my way to the festival grounds.

Once I got inside, I immediately rushed over to the shade tent because the heat beat down on me during my half mile walk to the entrance. I got set up and sat down, I realizing just how small the venue was and how close everything seemed. “This isn’t so bad, it’s just hot.” Eventually, “just hot” became “almost unbearable.”

As I checked out my surroundings and familiarized myself with the map, I saw one small water station and two shade tents. We all know Texas gets hot but having more water stations or shade tents could have helped the crowd stay hydrated throughout the day. The near dead stares I saw in the eyes of festival goers as they stumbled about most certainly backed up my thought.

I soon became dehydrated and at then end of the day, it was hard to bring myself to get close enough to cover the artists without ending up with a throbbing headache all over again. Even eating was an effort and I wasted $10 on a hot dog and fries that I couldn’t finish to save my life.

After feeling sick from the heat and dust, I tried to leave when the Modest Mouse set finished in order to get to Austin before the night ended. I made the long trek back to my truck and found myself worried walking in the dark though multiple parking lot and camping areas. There weren’t parking attendants and the lighting was poor making the path seem daunting for a girl by herself.

Once I got to the lot and found my truck, I saw that I was unlucky enough to be boxed in. I had to wait nearly 30 minutes before I saw another person and  another 15 minutes before someone moved and I was able to awkwardly back my truck up and reverse into a space in order to get out. I thought about walking back to the grounds until I could find someone to help me get in contact with a tow truck, but my feet were so blistered that I couldn’t imagine making the walk back and forth without my feet turning into giant blisters with Chacos under them.

When I got home, I was so relieved and happy to be back in Austin that I quickly got my stuff together and headed up to my apartment. As I was walking around my truck bed, I saw a plastic bad with trash and thought “That sucks that someone threw their trash here, but thank goodness it’s in a bag. I can throw it out on my way up.” When I got closer and opened up my tailgate, I realized it wasn’t a few beer cans like I expected but instead it was a foul smelling deer head in a plastic bag.

I found a deer head in the back of my truck.

This was the cherry on top. After such a long day of working and covering bands in the heat at a festival that I wasn’t wild about, I found this thing that had been cooking in the sun for who knows how long. At that moment all I could do was cry. I closed my tailgate, walked upstairs to my apartment, calmed down, and had my sister help me put it in a box and throw it away.

Needless to say, I will never return to this festival and had I known how badly the day was going to turn out, I would have paid to stay home.

*Editor's Note: At The New Nine we live for festivals and after I had a bad experience at Float Fest last year I was willing to give it another shot. After the first day of the festival, both Chelsea and Dahniella were so miserable I told them it wasn't worth it to go the next day. We wanted to give honest reviews about the festival because that's our job. If a festival puts people in danger (extreme heat, no parking attendants, poor driving conditions) we just can't support it.