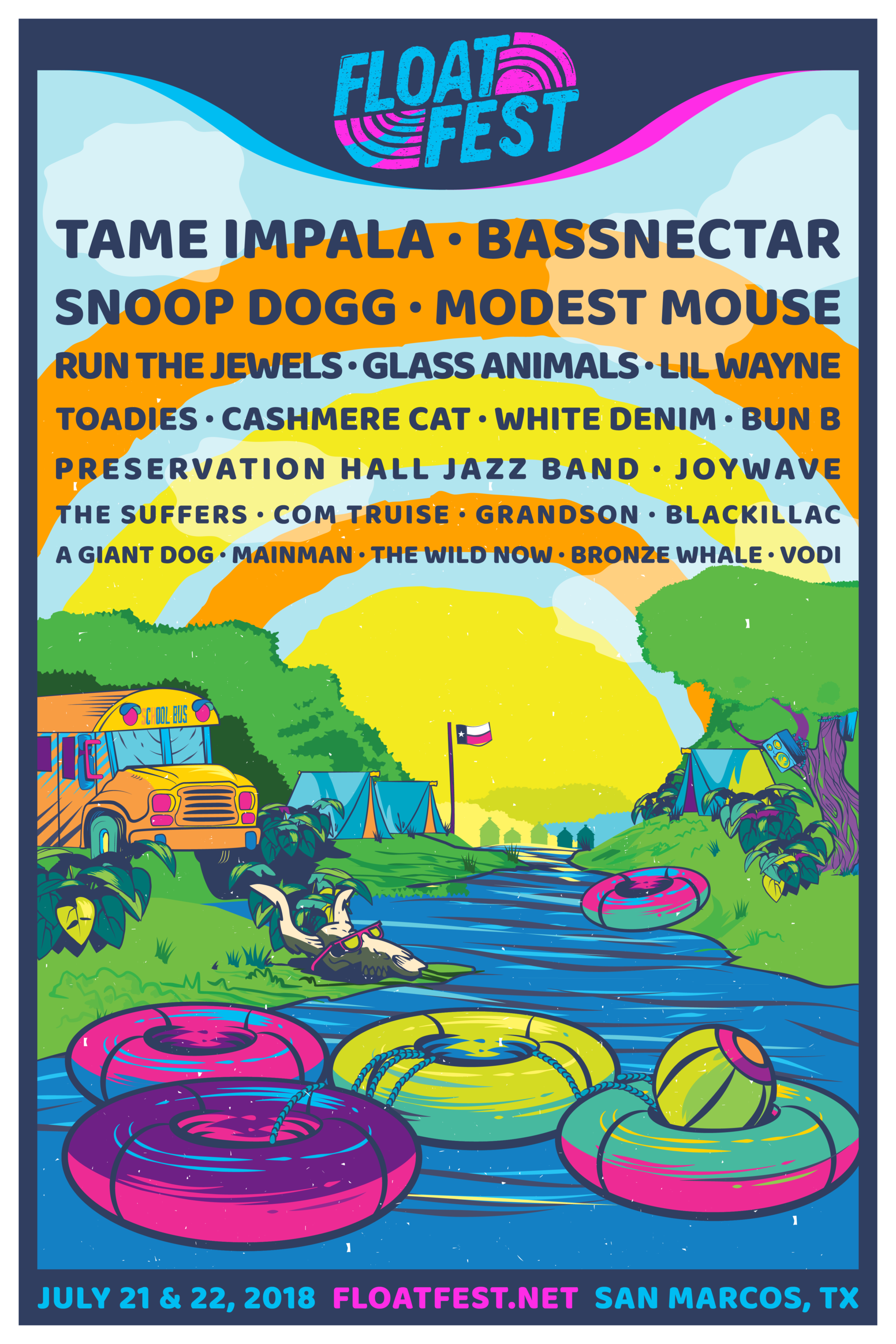 In less than two weeks it will time for another summer festival - Float Fest!

If you somehow aren’t familiar with Float Fest, it occurs every summer in the lovely city of San Marcos, Tx, offering the chance to go tubing with your best buds before the performances start at 2. p.m. Different from more traditional festivals, this one allows you to have your cake and eat it, too. Festival goers have the option to spend the morning tubing in the San Marcos river, a common past time down south, camping the night away after the festival, and enjoying performances in the later afternoon/evening.

No, you don’t have to float and watch the concerts at the same time (a common misconeption) but you can plan to catch some rays in the morning while you’re tubing or saving a spot to see your favorite artist. And you don’t have to camp, but with the beautiful surroundings, you’re likely to miss out on some prime downtime after the festivities.

This year, the line up includes performances by Snoop Dogg, Tame Impala, Modest Mouse, The Toadies, Lil Wayne, Glass Animals, Bun B… I could go on all day. Float Fest offers a diverse lineup to give their audiences the best experience while beating the heat, and it’s only gotten better since they started the festival only a few years ago.

If you haven’t bought your tickets, visit the official festival site here and buy them before July 22nd and 23rd! Tickets can come with camping options, tubing passes, and parking passes but do not hesitate because they’re going fast.

I’ll see you on the river or near the stage!