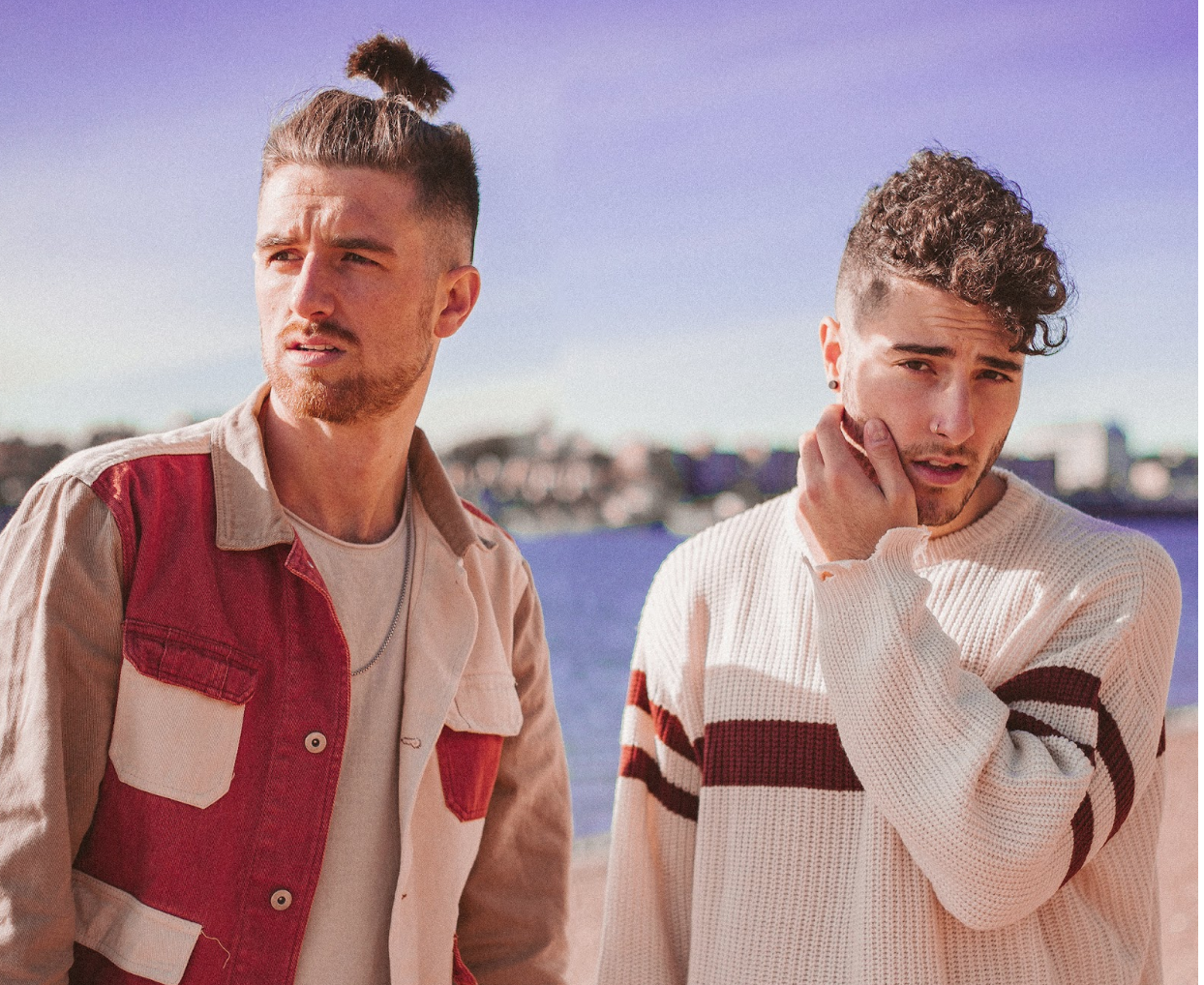 Fly By Midnight has been one of my favorite duos to speak with this year and it’s even more exciting because their album ‘Rerunning’ just dropped. So far the album is filled with upbeat pop bops, but ILYA is hands down my favorite. You’ll want to have it on loop just in time for cuffing season.

So stoked for this album! What did creating this mean to you guys?

Justin: Glad you are. We are too *laughs* We've always wanted to give our fans and the world a body of work. Each song has it's individual story, but it's the first time we've crafted something to be listened to in one go.

Slavo: We were just saying the other day how great it feels to not only work on an album but an album that is so eclectic. The love we've gotten for our singles has really given us the confidence to experiment with different genre blends and take risks we never would have before.

Which track was your favorite to work on?

Slavo: “Lovin You’s a Little Bit Hard Sometimes” was my fav. Mainly because it’s so different than anything we’ve ever done. Producing the music is something I get really excited about and this one, in particular, came out so cool without too much effort.

Justin: Agreed. It's always such a rewarding experiencing writing the tracks together & then watching Slavo's productions bring them to life. Working on "Ain't Got Much To Go" was a standout for me. The emotion of that song was such a current situation it really allowed the song to unfold easily. In most of our sessions, we have these moments where we mutually get excited and I remember that one having just a ton of "damn this is cool" exchanges.

What about this era are you most excited for?

Justin: I think as artists, but more importantly as people, we've matured so much with the development of this album. We know exactly who we are and who we want to continue being. It's an amazing feeling to see fans latch onto that. I'm just excited to continue growing.

Slavo: I’m excited to see how we develop our live set. There’s such an energy behind these tracks that I feel like we’re going to have a blast jamming them on stage.

What's next for you guys?

Slavo: A ton of shows. We can't wait to bring these new songs to venues all over the country and hopefully internationally.

Justin: For sure. We'll also be heading back into some awesome writing sessions coming up. A lot of new experiences we're stoked to write about.