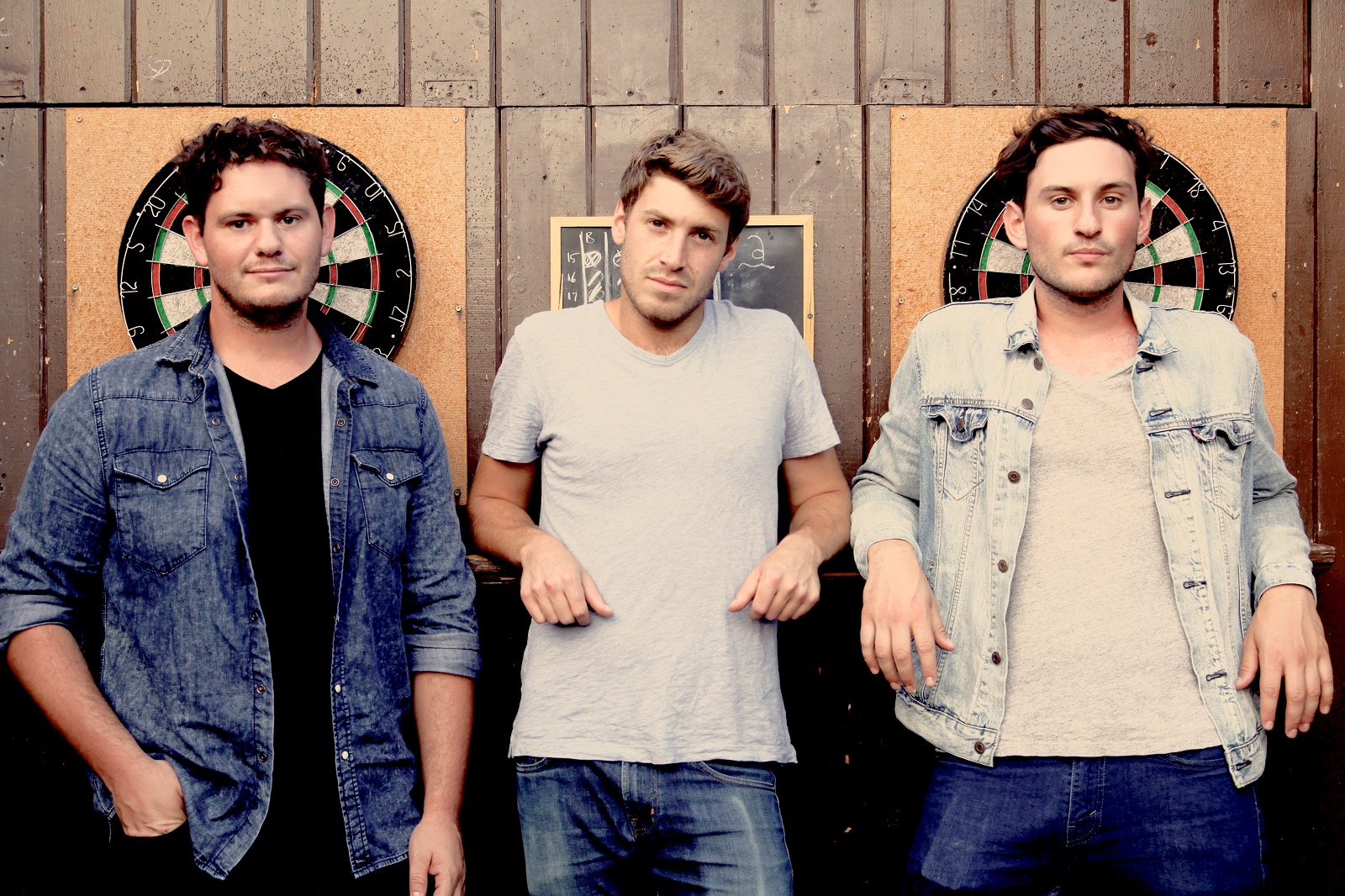 To me, nothing is better than driving with the windows down playing some feel-good music, and FOXTRAX is the perfect artist to supplement this. The trio is comprised of Ben Schneid (guitar, keys, and vocals), Jon Stenz (drums and percussion), and Jared Stenz (bass.)

The New York turned Los Angeles natives formed the band after collaborating and residing in a cabin in North Carolina where they later wrote their album. Ben says the inspiration for their band name came after seeing saw fox tracks in the snow. “We realized these fox tracks were like a metaphor for our weird journey.”

Moving to Los Angeles for the group was very impromptu, but seamless transition. Ben tells me they received a call from Jon and Jared’s uncle offering to put the band up in L.A. and they jumped at the opportunity. “No minute for thought or reflection, we just decided it would be a crazy life experience and we didn’t look back!”

Ben explains the group’s decision to take to the cabin to write their EP was just as whimsical as the decision to move to L.A. “We were talking about all these great bands that recorded in isolation like Bon Iver and a handful of others and we just thought it would be cool to do the same,” says Ben.

He adds, “Literally a few weeks later we were chilling in a cabin in the woods of North Carolina. It was a crazy experience.”

After listening to the EP, it’s obvious being in the cabin influenced the vibe. “I think the cabin definitely made a huge impact on the sound of the EP. All of the open space and vastness of the woods made our sounds very echoey and big, which defined the sound in a major way.”

The band’s just finished their next EP since it’s progressed so much from The Cabin and we’re very excited to hear it.

Ben tells me the group’s favorite venue so far has been Indianapolis. “It was Jared’s birthday and we sang to him on stage and the whole crowd joined in. It was a really special moment!”

Take a listen to their EP and as Ben says, “Don’t force it, feel it.”