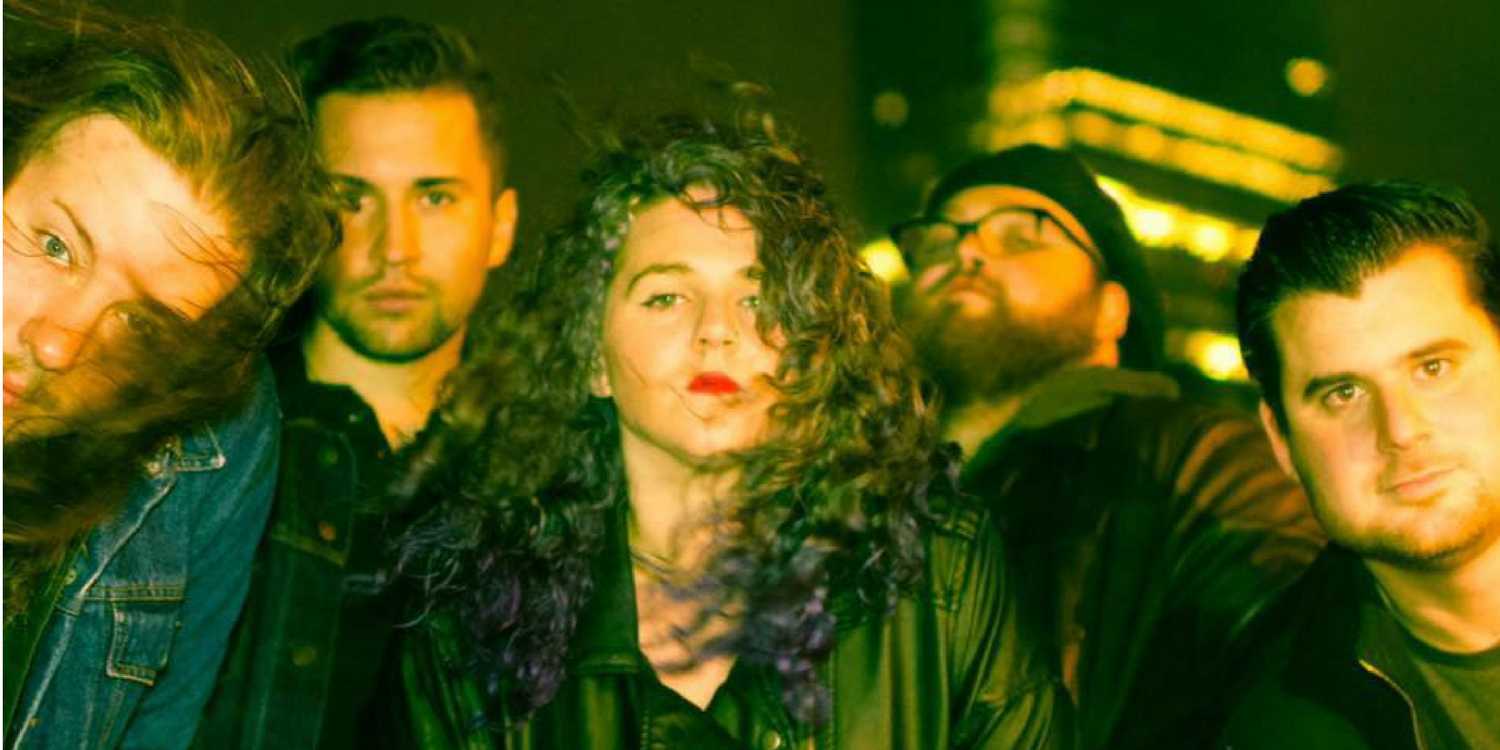 “We’re in a period where there’s realness and contrived pop. I think it’s evident with Leon Bridges and Nathaniel Rateliff, people are begging for something real again,” that’s what Colin from Foxtrot & The Get Down tells me. He’s right, with musicians like Leon Bridges and Nathaniel Rateliff gaining mainstream attention, music is currently seeing a rising of vintage and throwback sounds.

Colin met this entire band in college. He met their bassist, Ken, when he moved in on their freshman floor and he met Erika waiting tables. He says, “Erica told me she loved Otis Redding and he was my all time favorite musician. I just told her to meet us as t the studio one day. She knew nothing about our music and she sang on one track and that was it.”

If you listen to Foxtrot & The Get Down you immediately taste that vintage americana vibe. Colin says a good deal of that originally started where most bands start, finding your genre on Facebook. He laughs, “We didn’t know what to put as our genre…but my heart lies in Bruce Springsteen, I wanted to maintain this classic American style but then taking elements of blues, soul, and americana. It’s just a blend of so many things. It’s American music.”

He says their sound went through a lot of different stages but that’s where they’ve settled and what feels right to them. One thing he notes is that their producer Tres Sasser has been instrumental in helping them find their sound and clarify their voice.

He says, “When we started. I wrote the songs, I brought them to the band, and now everyone has such a strong input. Musically it’s such a group decision at this point. I will say though that our producer, Tres Sasser, since the beginning, he’s been the sixth member of the band. He really helped us to blend and cut out things that were unnecessary.”

It can be difficult in this day and age to make authentic music and there can be a lot of noise in the record making process. People will try to sway your decisions and question your image.

Colin says, “Any artist that tells you they don’t want to sell out is probably lying, everyone wants to get their music out to as many people as possible. I think the line is when you stop listening to yourself and you start listening to other people more than you. This process has been such a build for us and we did it the right way. We didn’t want to rush it to put it out. We had numerous people telling us what to do and image-wise it built naturally.”

He does tell me that one thing that has stayed a constant source of support and inspiration is their hometown of Philadelphia and they can sense inauthenticity.

He says, “People who come through here regular say Philly people are the most authentic, loyal people you’ll meet. Philadelphia has a strongest connection to us that we will drive 15 hours to do anything in Nashville, we have a ton of pride in this city. People just want to see someone in their neighborhood do well.”

Check out their music, we promise you’ll love it and we strongly recommend it for your festival road trips this year.