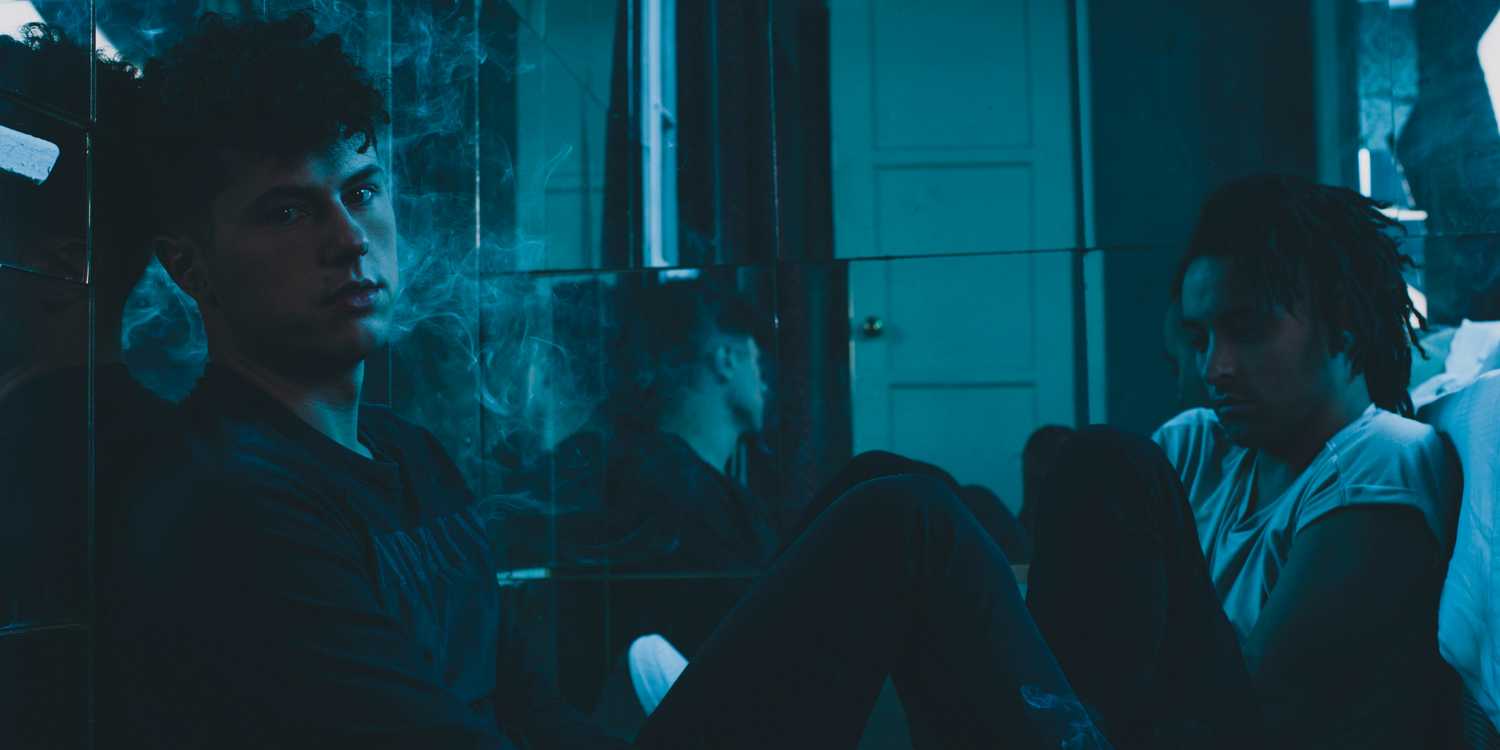 As soon as I heard Nightly’s song “XO” on the Spotify discover playlist I was immediately hooked. I jotted it down in my phone, re-listened and immediately sent it to all of our contributors. I put them on all of my playlists and everyone always asks me about them. I knew we needed a interview before they were out of reach.

Singer Jonathan Capeci and guitarist Joey Beretta are cousins who bought matching Fender Squier Stratocasters as kids. They wrote their first official Nightly song in October of last year. They made a private SoundCloud link and send it to two people and over a month there were over 1000 plays and people started contacting them.

When they started getting attention for their sparkling songs they felt a little unsure about being thrust into the industry so quickly. They ended up independently releasing “XO” on Spotify and they made a deal with themselves. They said, “If we can get 100,000 plays within a month as a totally indie brand new band that would be a really good accomplishment.” They ended up getting over a million plays within six weeks.

Jonathan says, “It was a really rewarding feeling to know people were connecting to it in the way we hoped. All of the songs are super honest, real feelings, when that connects with people it spreads quickly. It was a great feeling. You put yourself into that and when other people connect you feel like we are all really connected.”

The title of their EP is ‘Honest’ and for good reason. Jonathan tries to keep the fluff and cleverness on lock. He tries to write honest, relatable lyrics that are specific to him. “We’re just not that clever,” he laughs, “When you hear something cliche or corny, when someone wants to write something universal, it doesn’t connect as much. It’s not as relatable, and I always prefer that.”

On “XO,” that confessional spirit manifests in a breezy meditation on vulnerability and self-preservation. “‘XO” is about being half-heartedly in a relationship, and how that usually does more damage than good,” Jonathan explains, whose soulful vocals instill the song with a dreamy melancholy. “It’s about the kind of situation where you’re holding back to protect yourself, but it just ends up screwing things up worse and hurting both people involved.”

Another perfect example of their gift for relatability is “Talk To Me,” where upbeat melodies cover shadier themes. Jonathan explains, “It came from seeing somebody that is in a relationship that is not healthy and knowing you could be better for that person, and you have better chemistry and you’re connecting. In a way, it’s a dicey situation, you have that feeling like why are you unhappy with someone when you don’t have to be.”

I can definitely relate. Asides from the clever lyrics and shimmering music, Nightly also programs their own lights, they do their own art direction, and they are super responsive on social media. They don’t think any detail is too small.

Jonathan says, “Music is still the most important part but there are so many aspects of how you portray yourself whether it’s social media, or your artwork for your EP, we’ve done all of that because it’s a different way you can express yourself. We could let someone else do that but we think we’d be losing out.”

There will be times when they are too busy to program the lights for their shows and worry about every aspect of their image. Is music still the most important part? Definitely, but right now there are so many different outlets for music and so many new ways for people to find it. Even though they found their calling on Spotify and Soundcloud that doesn’t belittle the impact of their live shows.

Jonathan says, “Something is popular on the internet every week and the way you’ll retain fans is in person. Not that you can’t do it (online), but there’s something special live and we always try to make it an extended experience from the music. We’re not just standing up there and you hear the song. Sometimes you think ‘We’ve never been here and we’ve never met you but we have this thing in common.’ There’s no replacement for that.”

Nightly is now working on their full-length debut. That ever-renewing passion feeds directly into the emotional core of the band.

“I’d love for our music to be something that people listen to when they’re out driving alone at night, something that becomes part of the soundtrack of their lives,” Jonathan says. “There’s nothing like connecting with a song and feeling like the person who wrote it understands exactly what you’re going through, and I can’t imagine anything more satisfying than giving that feeling to other people.”

Nightly is going on TOUR!!! Check out their dates and get tickets here:

Watch their new video for xo, check out their EP Honest and follow them on Twitter. I guarantee they’re going to be big.