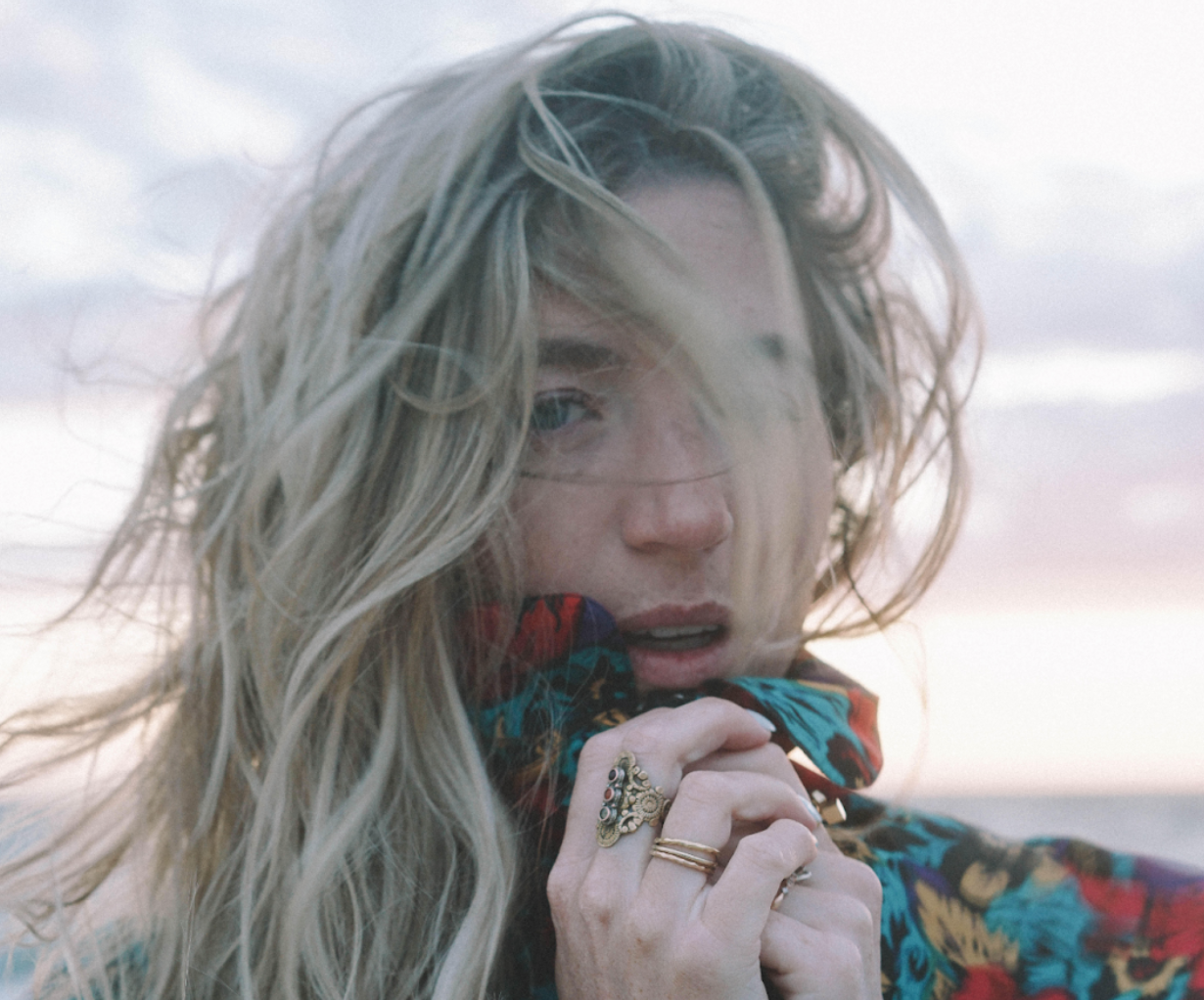 While based in LA, you’d never know from her sultry glitch-pop sound. frogi’s latest track, ‘phantom limb,’ follows up on her track ‘moonlight’ over a year and a half ago. She’s caught the attention of various designers and has been added to their in-store playlists. We got to talk to her about what’s next and how she’s found inspiration for writing music for her fans.

frogi, I love your music and sound. I especially admire that you're independent. Did this change the scope of music for you at all when it came to releasing music?

frogi: Thank you! Producing and writing all on my own was definitely a slow process with a steep learning curve. I would say when I was first starting I was very limited, but once I got to a stronger place with my production skills, the options became limitless. After being in rooms with producers for years, it was pretty freeing to be able to do it all myself. I didn’t need to explain anything, I would just do it. And that definitely broadened my horizons and made me feel less hesitant to try new things and be bolder. It also allowed me to get closer to my true artistic voice. I love collaborating with people too, but for this project I really wanted to focus on just myself. I created a musical diary where I made a promise to myself that I would make whatever I wanted to without judgment or limitation. So in many ways, the scope of music became endless. I do want to point out that I could not do this alone, though. I have a really great community of creatives that have supported me through it all.

Tell me about the process of creating 'phantom limb.'

frogi: This song was incredibly easy to write in the beginning and incredibly hard to finish. I think I have sixteen versions of it saved. The concept was sparked by a lot of reflection on my past. I like to enter different years of my life and talk to or as different versions of myself. This song was really healing to make. I pictured my current self visiting my high school self and talking to her. I thought about what I would say to her and how I would convince her she is destined for much greater things than the boy she’s heartbroken over. I liked the idea of using “phantom limb” as a metaphor for a breakup because it truly does feel like you’ve lost a part of yourself. I think the human mind is intensely interesting when it deals with loss. I did some research on phantom limb syndrome, and I learned that 80-100% of amputee patients experience either a physical sensation or pain in a limb that isn’t there. It’s incredible to me what the human mind does to make up for something that’s missing, and I think it can be applied emotionally as well as physically.

How do you go about writing your songs?

frogi: It varies from song to song. I know a lot of artists and writers say that, and that used to annoy me when I would try to figure out the secret formula to writing a good song. But there really isn’t one. Some days I sit at the piano or stare at Logic for hours with absolutely nothing coming out of me. And some days it flows out of me in under an hour. Most of the time I just show up and see what happens. The more pressure I put on myself to write a “good song,” the worse I feel about making music. I definitely have a tendency to overthink, so I try to balance myself out with days where I don’t write. I’ve also gotten a lot better at letting go of songs that just don’t work. I used to hold so tightly to all of them, now I let them go if it’s right to.

When it comes to this project, what are you most excited about?

frogi: This is the first time I’ve worked with a label, so I’m very excited about that. Joe has been really great to work with, and I’m a big fan of his work with tmrw. I’m excited to play live again. It’s been a long time. And mostly I’m just excited to grow and see where the frogi train takes me.

For new listeners, what’s something you want them to know?

frogi: I want to hear from new listeners! I love when I get messages from people that have discovered my music. I think it’s easy to forget that behind every stream is an actual human. I am just building my fan base now, but my goal is to connect with those real humans as much as possible.