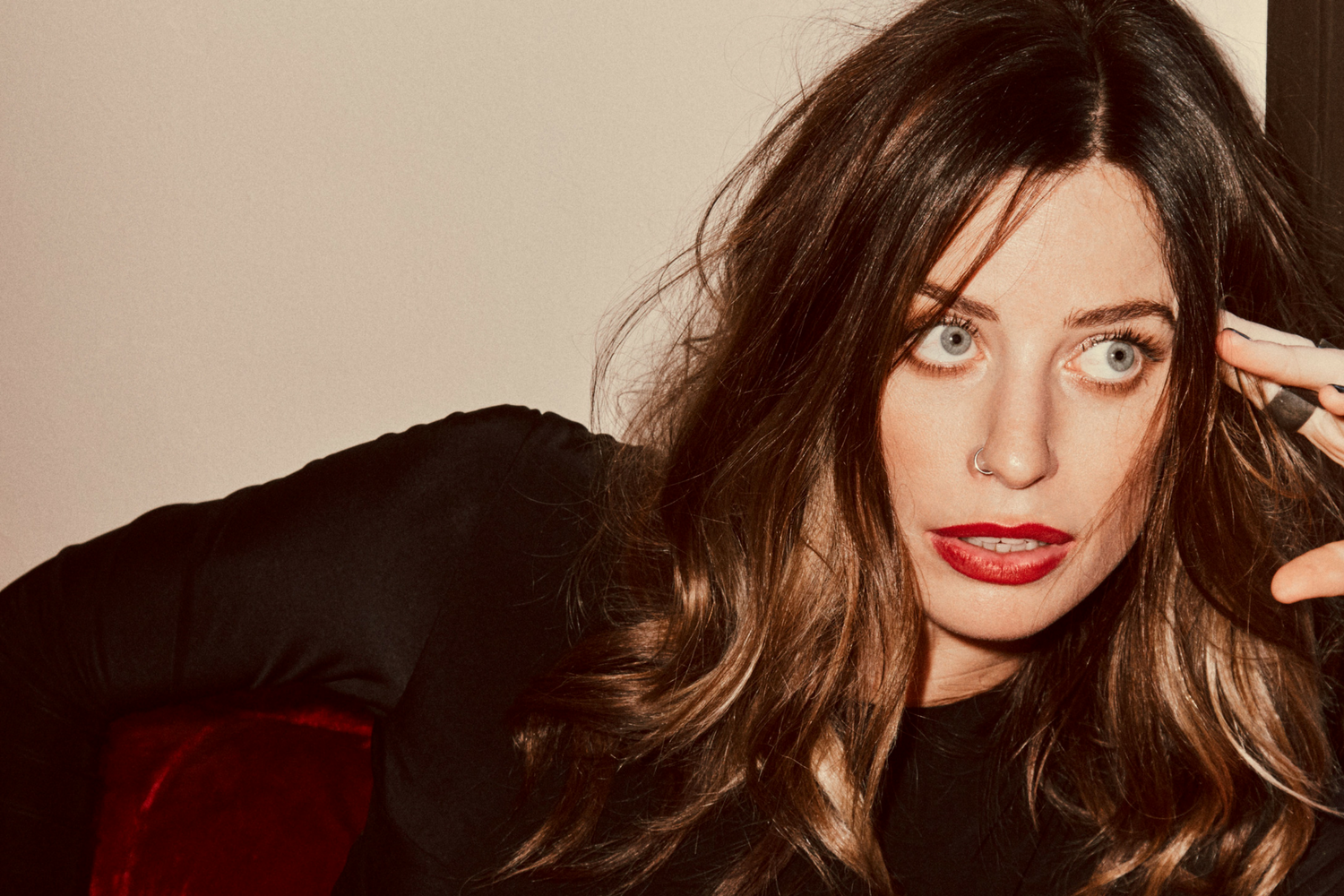 Gin Wigmore’s voice is ridiculously captivating. She’s been busy in the studios working on her album due next year, but also she’s been very busy being a mom. Having relocated from New Zealand over 12 years ago wasn’t exactly easy for Wigmore. She says, “I made the final leap after 7 years in Australia and a few failed relationships. It was pretty terrifying moving and completely starting from square one again but as soon as I got my click of pals, I was set. I think that’s one of the main things you need to get sorted when you move to a new city for the first time, find good friends ASAP!”

Wigmore hasn’t released an album in three years and she tells me this one due in 2018 represents a liberation in her own abilities as a musician and producer. She tells me, “I felt at ease writing and recording this album because it was made with one of my best friends, recorded in a super low key in his home studio and written largely on the fly during trips away and afternoons throughout the summer.” She says it was done with no pressure and a large departure from her previous sound. “Then I felt like I had the weight of the world on my shoulders to prove myself and what it took to be a musician,” says Wigmore.

Growing up, she listened to an eclectic mix of music. “This was entirely down to the fact my pocket money only stretched so far (1 Oasis tape!!), so I was left with whatever I could rustle up from my parents and older sister’s record collection,” says Wigmore. “My collection ranged from the Les Miserables soundtrack to Cindy Lauper, but it was Edith Piaf who was and is still a favorite of mine.”

“I think her incredibly genuine and tortured passion for singing inspired me the most. It seemed Edith left every bit of herself on the stage when she performed, and I admire that immensely in any artist that let themselves do this,” she tells me.

"Cabrona" premiered late last year and already it sets the tone for Wigmore’s album. “It’s a fun one - definitely one of those anything goes type tracks,” she says. “I had never explored the musical avenues of funk before so even that as a starting point was pretty 'out there' for me.” She credits Donna Summers and her song “Bad Girls” for the inspiration after hearing it in a mashup at a dive bar in Philadelphia.

While the album was mostly finished during her pregnancy, Wigmore tells me she remembers when she was about 6 months pregnant, it was very tricky to sing a bunch of overdubs for some songs. She exclaims,” It felt like I was carrying a stack of bricks in my belly every time I sang a note!” However, motherhood has proved to be very rewarding for her. She tells me the most rewarding part has been creating a beautifully sweet conscious being.

Being in the spotlight has never been a challenge for Wigmore, but recently she starred in a commercial with Cuba Gooding Jr. and Katie Holmes. “The only time I’ve ever been truly starstruck was meeting David Gray when I opened up for him about 10 years ago,” says Wigmore. “He was the ultimate favorite of mine back then, so I got pretty damn chuffed when he offered me a few kind words and some of his punch after I played.” “Cuba and Kate seemed cool though, for the 10 minutes we were in the same room at least! I think I am too much of a realist and see past the celebrity veneer that can make you giddy.”

We’re excited about Wigmore returning to the stage this year and she tells me what we can exactly expect. “It’s rather a rollicking experience. I definitely like to put on a show and the kind of show that I put on any particular night is entirely down to what type of day I have had,” she tells me. “That unpredictability is what I love about all my shows and something I feel makes each show a unique and personal experience for anyone coming out to see it.”

Wigmore is just an amazing presence to be around so when asked about the best pieces of advice she can give, she gave us so much inspiration.

“Don’t hesitate your life away. Be 100% about everything you do, and be comforted by the fact that you can change your mind 100% the other way in that very next month if you so desire. Music is the fountain of contentment and understanding. Be sure to have it weave throughout your day for at least an hour of it. Love like it’s the last time you will. Give it your everything because there is no reward in a limited love.”