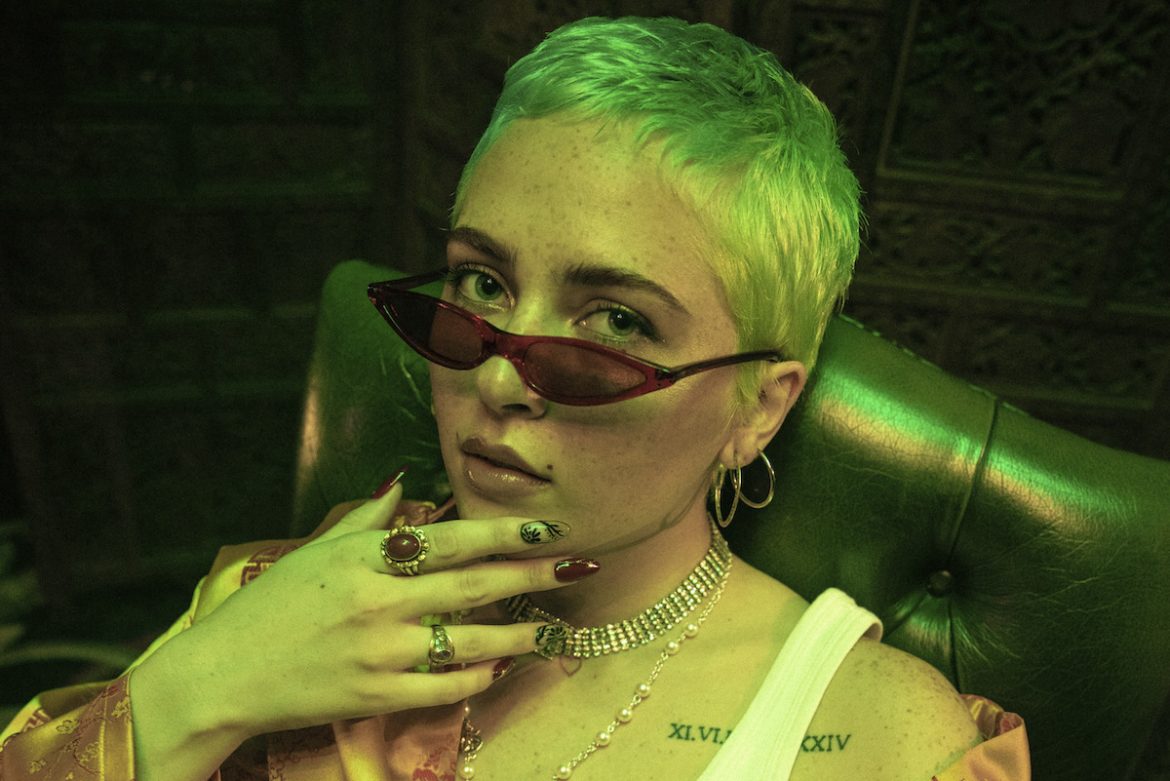 Grace Aimi, is the cutest and most colorful human. Her latest, EP “Picnic” is full of pop bliss. We discussed her journey to creating music and she even hinted at her projects to come later this month. A spoiler and teaser: she’s creating a video with themes from The Shining and we seriously cannot wait. I would recommend putting her on your playlist if you haven’t already!

How has being in Japan and the culture influenced your music?

Grace Aimi: I had the privilege to be raised with a blend of cultures, you know with Okinawan culture, Japanese culture, and American culture all in one. But I think it's taught me and kind of shown me and my musical sense kind of, there's a certain depth in Japanese music. And music is like the classic style Japanese music. It’s influenced me so far, but I think in the future as well I want to start incorporating more of the Japanese beats. The culture has shown me respect - it’s shown me to respect each person that I have any interaction with.

‘Picnic’ just came out and we are loving it! Can you tell me which track you’re most proud of there?

Grace Aimi: Gosh, I’d hate to answer with two songs, but I think “Rainbow” in the sense that I just never created a song like that until now. Most of my songs are usually bright and this was more of a deeper and sultry song. I got to challenge myself a bit here. But “Friendzone” is a great song I think for my girl followers - I’ve dealt with a lot of guys and having to friendzone them; I had a few of my girlfriends message me saying that this song resonated with them so well.

No, that’s so relatable! It’s always the ones you’re NOT interested in that somehow are the ones you have to gently let down, ha! Tell me the process of creating your EP from start to finish.

Grace Aimi: I guess the process started in high school when I began creating my music. “Friendzone”, “True Feelings” and “My Eyes” were all written when I realized I could write songs. When I connected with my producer last year in January, he’s one I always worked with and everything felt really right and perfect. This is the first time I’ve done something like this, but now that I’ve done it, there’s nothing else I would want to do. This is a dream job.

I love that! You mentioned that you began writing music in high school and realized you could actually do it.l Is that how you began your journey as a songwriter?

Grace Aimi: Kind of, I suppose! So my brother and I were doing a YouTube channel together and it was just to play around and I realized I knew how to so sing and we meshed our talents together and then we uploaded some videos and people really started to engage with them. We thought it was going to be a community thing, but it was bigger than we ever expected it to be.

Tell me about how you create songs for inspiration and what your process is like?

Grace Aimi: I write from things that are really personal - “True Feelings” and “Friendzone” are all from personal experiences that I’ve had. “True Feelings” was just when I was out all day and I was fed up with everything. I came home and wanted to just write something and I was able to release all that I was feeling. And sometimes there are days where I’ll spend watching movies and I like to think of a movie script in my head and create a story. Like, for “My Eyes,” that was more like that. I have a song coming out called “Murder” that’s about a girl who hasn’t gotten enough of true love yet - so she’s starting to feel murderous, which came from more of a theatrical side. It just depends on the day for me and how the inspiration comes. Some days I can write in two seconds and some might take me longer.

So about the movies - is there a go-to for you or one that you watch that’s memorable and sticks out?

Grace Aimi: I always go for Harry Potter movies and the Lord of the Rings series. Clueless is also just my comfort movie and Avatar.

Obviously, you are a pop artist, but are there any particular pop artists you’re into right now?

Grace Aimi: I love Billie Eilish. She’s accomplished and so impressive and just very well-rounded. I’ve also been listening to Olivia Rodrigo a lot. And some Bruno Mars! Oh! And Anne-Marie! I love her voice and the brassiness.

All great artists! For those who are new to you, what’s something you’d want them to know about you?

Grace Aimi: In a way, I’m just like the person listening. I come from a tiny island and for me, even just doing this interview feels so surreal. I just want people to know I’m just the same as the person who is watching my videos and listen to my songs. I’m just like a regular person who’s just privileged enough to be able to create music.