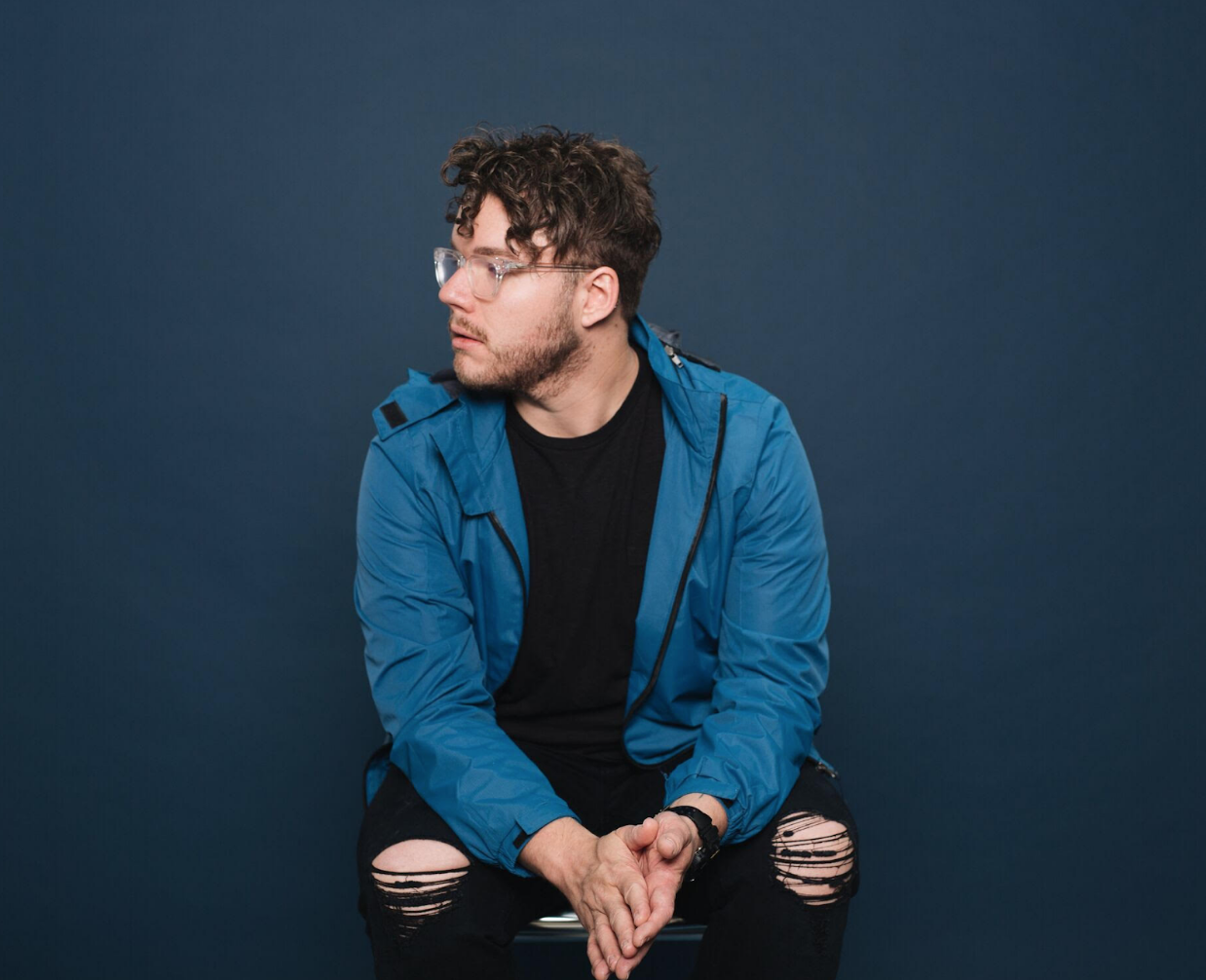 H Kenneth is a new artist I’ve been introduced to that I just completely admire. He created this album off of inspiration from his own life. The botched chords, wrong notes, timing errors are real sounds from everyday life like the trains, sirens and jangling dog collars. He’s very open with his audience and is transparent about his bipolar disorder because he wants to show that there is beauty in imperfection and neuro divergence. “This Is A Journal” is an ode to all of that.

Your album is titled, "This Is A Journal." Can you tell me if it was hard/easy to be this vulnerable and open with your listeners and fans?

H Kenneth: It was the easiest I've ever done. These songs come from a place in my mind that I haven't been able to tap into for a long time. As a collaborating songwriter much of the time is spent trying to step into other people’s shoes and write 'accessible' songs. After weeks or months of not taking time to sit down and be creative alone, I start to run out of energy. I equate it to cleaning out the lint trap in a dryer. I think a lot of creative types can identify with the concept of internalization. When you first begin creating and finding your musical voice, you're not in rooms with other people from the start. You begin experimenting and seeding what will become your creative style in seclusion. This record is a return to that concept. The songs really are my real story and my response to the emotional and romantic experiences that have shaped not only me but my approach to songwriting.

I think it's amazing you're so honest- especially about your bipolar disorder. How do you incorporate this into your songwriting/music.

H Kenneth: The first track on 'This Is A Journal' is called "A Sound In The Darkness." The only lyrics in the whole song are "there's a sound in the darkness/and I don't know how to stop it/but I wish I could." The idea behind this song was to create an aural representation of the way my mind works from moment to moment. My life before being diagnosed was sprinkled with panic attacks, emotional confusion, mood swings and all the things that come with bipolar, ADHD and general mood disorder.  "A Sound In The Darkness" incorporates a variety of styles and sounds in an effort to sort of pull your ear in all different directions. Typically it's easy for a listener to understand the mood of the song based on structure, key, lyrics, etc. I chose to open the the record with this song so that first time listeners wouldn't know what was coming next. Much like those who suffer from these other mental illnesses.

I read you produced, wrote and played your own music. How does this tie into the authenticity of it all for you? The best musicians I've listened to do just that. It's their own.

H Kenneth: I work with incredibly talented producers and artists that I love and respect to the ends of the earth. But I decided to write and produce this record myself because I wanted it to be the best representation of what's in my mind from start to finish. The songs are extremely personal and span in genre from pop to jazz to folk to experimental. My mind changes so rapidly that I couldn't really see myself in a room with another producer trying to explain the sounds in my head that I was aiming for from song to song. I've worked for years to gain an understanding and skill-set not only as a writer but also in the studio. I know enough to be 'dangerous,' as they say. I decided the most genuine way to present my story was to write and produce everything myself. I'm really happy with the way this record turned out.

Tell me about the album.

H Kenneth: It's kind of crazy how this whole project came about. I was going through a really difficult earlier this year both emotionally and professionally. I was struggling with identity and going through what's called 'disassociation' which is a condition where-in the sufferer sort of disconnects from reality and can feel as if their watching themselves in a movie. For a long time I had all these fragments of songs and concepts floating around that were bubbling and finally started boiling in early June. The record only took about three weeks from conception to completion. It really just poured out of me. It was a really important therapeutic process that coincided with the time I began pursuing help and treatment for my multiple mental illnesses.

Was there a specific track that was your favorite?

H Kenneth: I actually love this entire record from start to finish. I have never been more proud of a piece of art that came from my mind. But if I had to choose a favorite from the record I'd probably choose "Now & Then." It's one of the most important songs I've ever written from a personal standpoint. When I finished writing and recording it, I felt like this giant weight had been lifted from my shoulders. It's hard a bit to listen to because of the painful inspiration and topic, but at this point I think of it like a photograph of a time and place from my past. It really is the most personal song on the record and I'm so glad I got those thoughts out of my head for good.