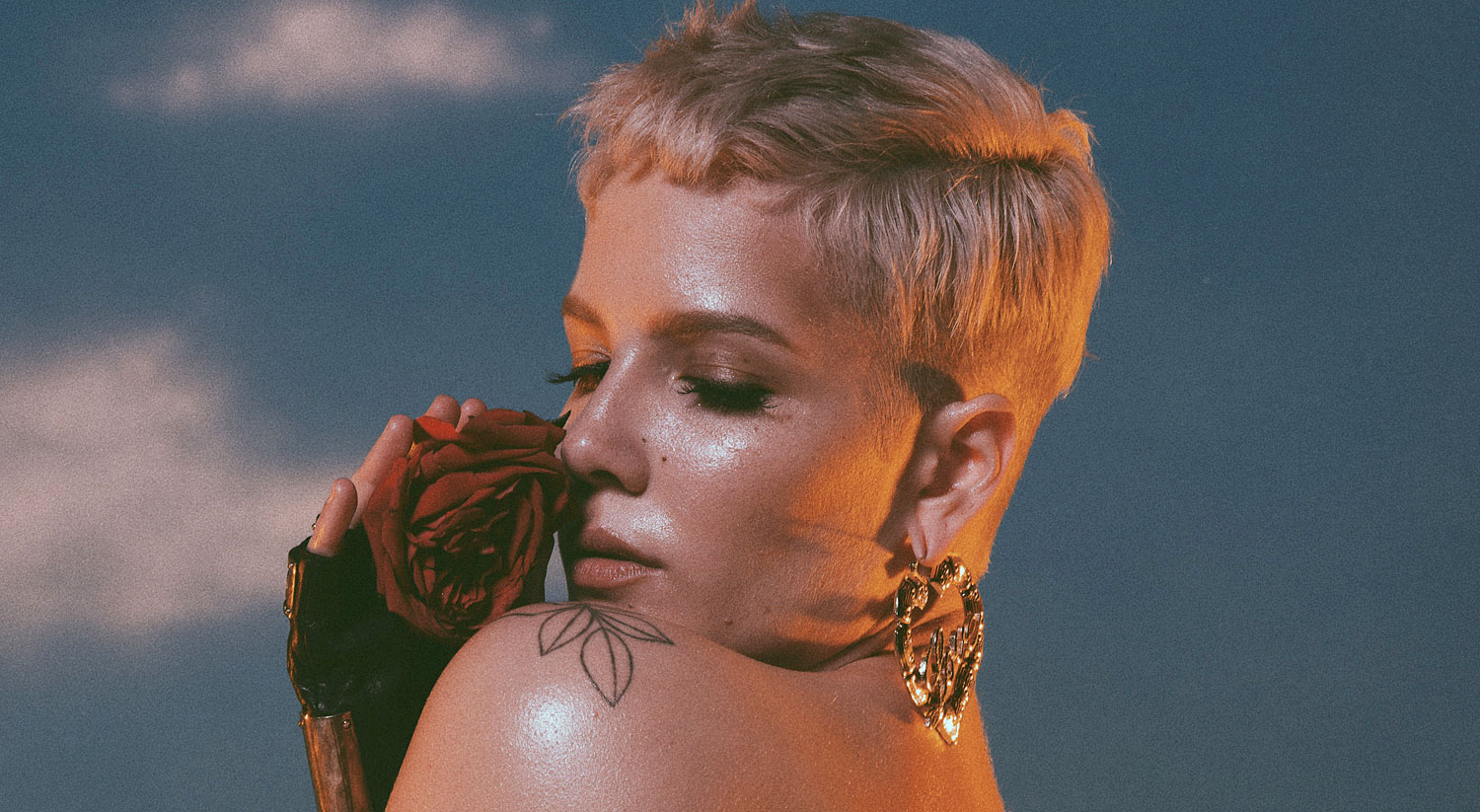 Okay, we’re about to dive into the layers of my life that I don’t think I have ever mentioned – at least not out loud. I’m not sure if I’m even proud to admit that I once had a tumblr. I really used it for the 1D gifs and trying to be one of the lucky fans who Taylor Swift followed. While we’re here discussing 1D and Taylor, we all watched the Haylor relationship unfold, right? I know, I know. What the hell does this have to do with Halsey?!

Would you believe it if I told you that Halsey was just as invested in the Haylor relationship? Like, probably more than me. So my Halsey fandom officially started when she dropped her infamous Haylor song on tumblr under her birth name, Ashley Frangipane.

So here we are. It’s five years later and I’m driving home on a June night playing her sophomore album, hopeless fountain kingdom and trying to keep my jaw from hitting my lap.

I’m a pretty lucky fan, and very glad that I got to grow with Halsey and her music. Plus, our artist to fan relationship wasn’t just limited to a few reblogs on tumblr. Over the last year or so, the tragedy, Romeo and Juliet has gotten a lot of hype in pop culture. It progressed so much that it managed to find it’s way to my mailbox. Before dropping any singles, Halsey was giving fans handwritten lines from Romeo and Juliet. The only hint was her wax bee seal.

While she did sign a few envelopes with a tease, mine was empty. So after a round of texts to everyone in my circle, my New Nine tribe mate Kasey pulled through for me. She linked me to an update account and I was relieved I didn’t have a weird secret admirer. (This is probably what I get for watching so many Dateline episodes…)

When she dropped “Now or Never” my expectations for this album were very high. I was thrilled. Especially since it’s been two years since Badlands I was ready for more than just a collaboration. Along with other singles, “Eyes Closed” and “Strangers” this set up the whole story for a pair star-crossed lovers in a modern-day world.

Halsey starts off the album by reciting the prologue from Romeo and Juliet and it just gave me goosebumps. As the tracks go on, I can immediately sense this tells a story of a modern tragedy while a peep into the artist’s life. A couple of lines from “100 Letters” include “I find myself alone at night unless I’m havin’ sex” and “But I don’t let him touch me anymore” and “I said I’m not something to butter up and taste when you get bored.” I mean does anyone keep it any more real than Halsey?

With a few collaborations already under her belt, Halsey can now add a few more under her belt. “Strangers” describes a relationship in which two females exhibit the situation between Romeo and Juliet and Halsey and Lauren Jauregui’s vocals bounce back and forth effortlessly. “Lie” with Quavo plays a nod to “100 Letters” as it paints a portrait of two lovers who have intense sexual tension, but ultimately are bad for each other. “Hopeless” features Cashmere Cat and the lyrics and melody is so captivating, I almost forget it’s about a failed love and trying to move on.

One of my personal favorites have to go to “Heaven In Hiding” as it starts with an anticipating beat where the character Halsey sings about meets eyes with someone across a room.

And when you start to feel the rush
A crimson headache, aching blush
And you surrender to the touch, you’ll know
I can put on a show, I can put on a show
Don’t you see what you’re finding?
This is Heaven in hiding

I’d imagine it like that feeling where you finally lock eyes with the person you’ve been trying to notice you all night. The following track, “Alone” tells the story of the other person’s point of view and it’s equally as wonderful.

“Bad at Love,” though, is my top choice. Halsey gets real and talks about her failed relationships with both men and women. And I don’t think I’m speaking for myself when I say at least one part from the song is relatable. For me, it’s 100% the pre-chorus. Plus, I’m a sucker for any upbeat synth-pop banger.

There are very few albums in my library that are played from beginning to end, but Badlands is one of them. I was almost nervous for this album to drop. Would I love it? Would it get the same play time? So after a weekend of almost constant play, the verdict’s in – hopeless fountain kingdom is a damn fantastic album and it’s got my vote for Album of the Year.