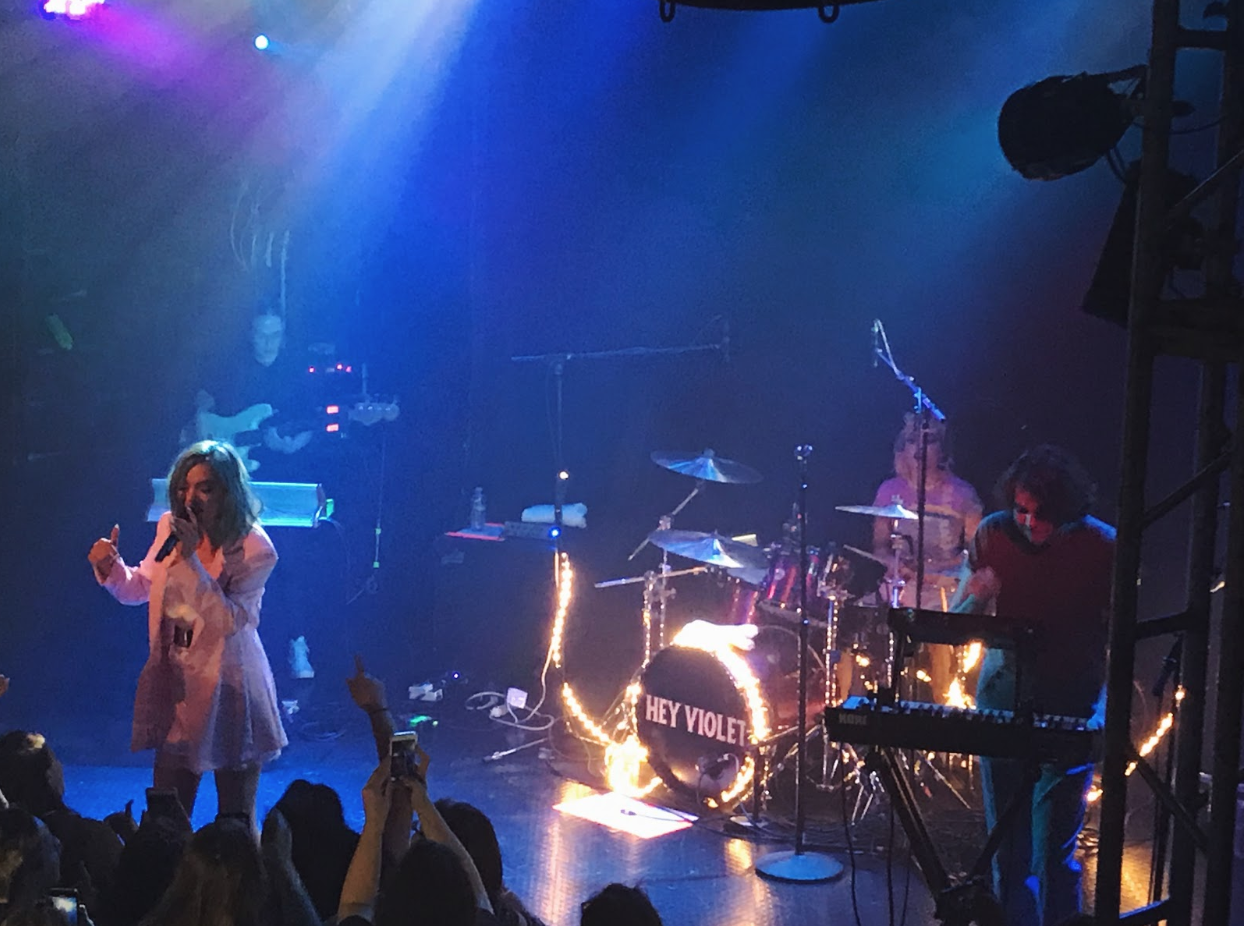 Imagine getting to interview one of your favorite artists at the iconic Los Angeles venue, The Troubadour. Getting the opportunity to do this with Hey Violet was so surreal for me. Three years ago, I was actually supposed to meet Rena to talk their emergence on the music scene but there was one problem - I wasn’t living in Los Angeles yet. I definitely think we were able to make up for lost time during their tour.  Rena and I sat at the bar to discuss the group’s new music, tour and just what they’ve been up to.

The intimate setting was able to give me a very candid look into Hey Violet’s evolution over the last few years. I remember watching the group open for 5SOS in 2016 and to watch them transform their sound and sell out venues has been remarkable. The group began with “All We Ever Wanted” which is a high energy anthem from their debut album before playing cult favorite, “Brand New Moves.”

New songs they performed live was “Better By Myself” and “Close My Eyes” before giving us unheard tracks, “Queen of the Night” and “Clean.” Rena tells me she was especially excited for fans to hear this song. They closed with a cover of “Vida la Vida” and lastly, everyone’s breakup song, “Break My Heart.”

My favorite thing about Hey Violet’s   is that they’re feminist, forward thinking. Sometimes talking about the tougher topics, especially regarding the Me Too movement, can be ignored, but Rena was candid with me. When asked about the band’s new direction and why they’re proceeding to move forward as a three-piece, she simply said, “I wasn’t even aware of the issue until a fan DMed me, but as a woman, I think I owe it to the fans and while we don’t know the full story, we felt this was the correct move for us.”

With a sold-out show at the Troubadour, the fans are indeed still very much there. Rena’s eyes light up when telling me about the first show of their tour. “We just played in San Francisco and it’s crazy. The fans were crazy. I don’t expect people to know their lyrics. I’m almost I guess shy and confident in every single thing, but I don’t want to assume and arrogant about our music. Coming out to see so many people knowing the lyrics was blowing my mind.”

Rena’s favorite thing is the diverse crowd at every show. As a fan, I can honestly say, it’s incredible to see the different groups HV has touched. “You’ll see an older couple, one in their mid-20s and a gay couple. We just love to see how our music has brought so many different people together.”

The group plans on releasing a couple of more songs, but no immediate plans for a new EP or sophomore album. “We just want to release these songs and see how everyone reacts.” The group’s mature sound definitely leaves us wanting more so whatever they’re planning, we’ll be waiting.

If you’re like me and Kasey, fellow Hey Violet and lipstick enthusiasts, I want to leave you with that Rena is currently coveting Limecrime and Kat Von D liquid matte lipsticks.