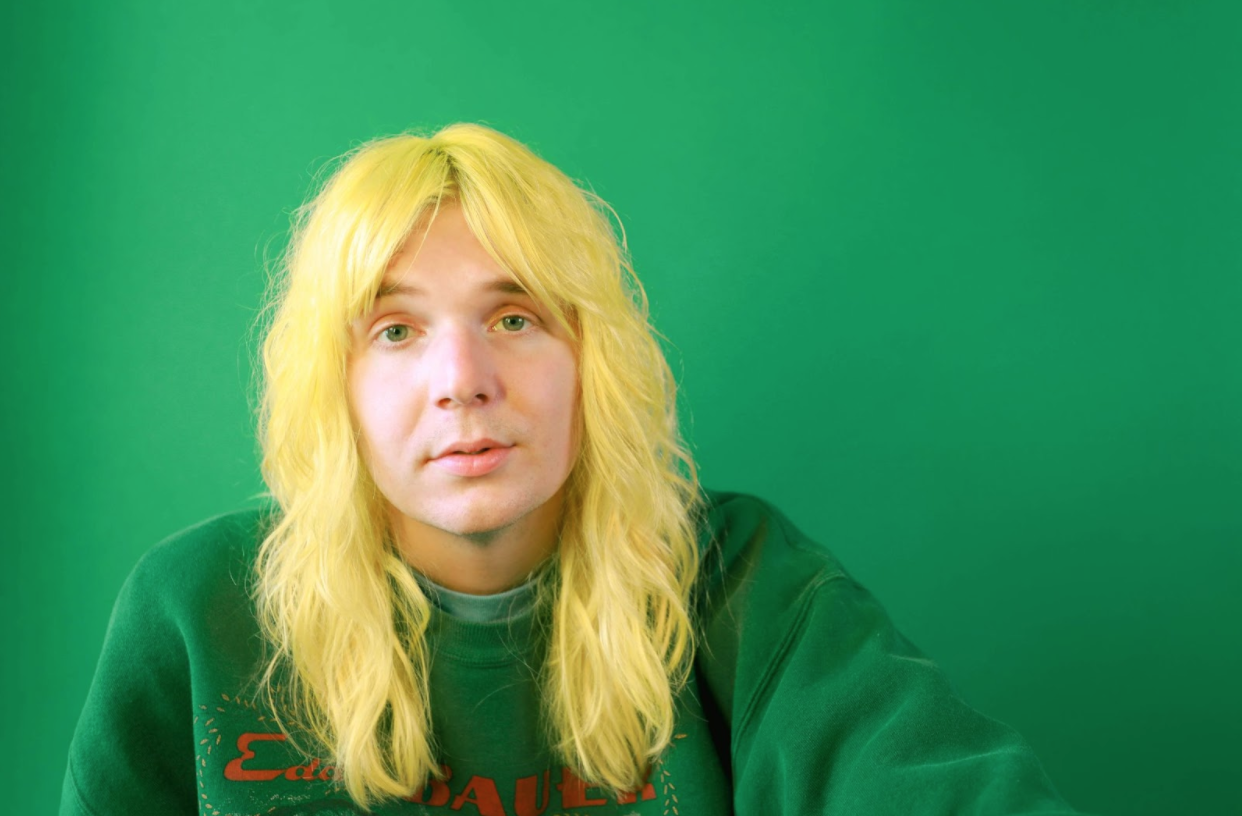 Jacob Lee-Nicholas Sullenger, also known as JAWNY released his latest project, Hugo this week. If you think he sounds familiar, but can’t put your finger on it, it’s probably because you’ve been blasting his hit Honeypie all summer like most. JAWNY was on the way to meet his mom at the aquarium in Vegas so we killed time the best way we knew how - discussing his EP and the inspiration of creating this persona and the story the main character faces.

Tell me the inspiration behind your most recently released single, Honeypie.

JAWNY: It’s funny, I haven’t told many people this story - just a few friends, but there was no inspiration at all. It was a weird and beautiful and random thing. I was listening to the guitar loop and I felt the beat and I was able to track the song very fast. I used the hook as a placeholder and I ended up adding more words. There was no set inspiration or story behind this one. Which makes it even more awesome to see so many connect with it.

I love that. So going back to creating songs and how this wasn’t exactly about anyone or anything, does your process vary track by track?

JAWNY:  Yeah, my process a lot of the time just varies track by track depending on what I’m writing.

How did you curate the songs for this new project?

JAWNY: For this new project, I channeled myself in a box - so for example, if it’s a sad song, I’ll be sad. For me, I can go one day and create a meaningless song, but some days I can be the opposite and write a deep track and see where a song or loop takes me.

For my first project, I worked really hard on it, but I felt like I was giving people what they wanted, but I know I still had some things left to say and some things I had to get off my chest so I’m not quite ready to create an album yet.

So I booked out a studio and had an idea in m head so when I created this EP, I wanted to give people a bunch of songs that meant a lot to me and sometimes I feel like I put myself in an unfair position where I’m just happy on social media and I wanted to prove that I can write meaningful songs too!

Do you feel that when you’re on social media you do need to be someone different?

JAWNY: Honestly, no! I never felt that way - for me, this album was just sort of a therapy session. It was cathartic to get all of this off my chest. Like, in January I can’t say I was sitting around being sad necessarily but I did have things to say so I created a character called HUGO. I got the idea from Lords of Dogtown where Peralta said in creating the movie he couldn’t write about himself so he pretended to be someone else, so I did just that for this project.

So for fans who are just getting into your music, what’s something you want them to know about you?

JAWNY: For new fans, I want them to know I’m not going to give them bullshit I don’t love myself. I appreciate them and I feel like I live my life very openly online. Before I got into music, I also was a line cook so a part of me still wants to be a wannabe chef. So first love, music and second is food.

JAWNY: The EP of course. Shows as soon as possible and then getting back in the right mindset to come back with another project.