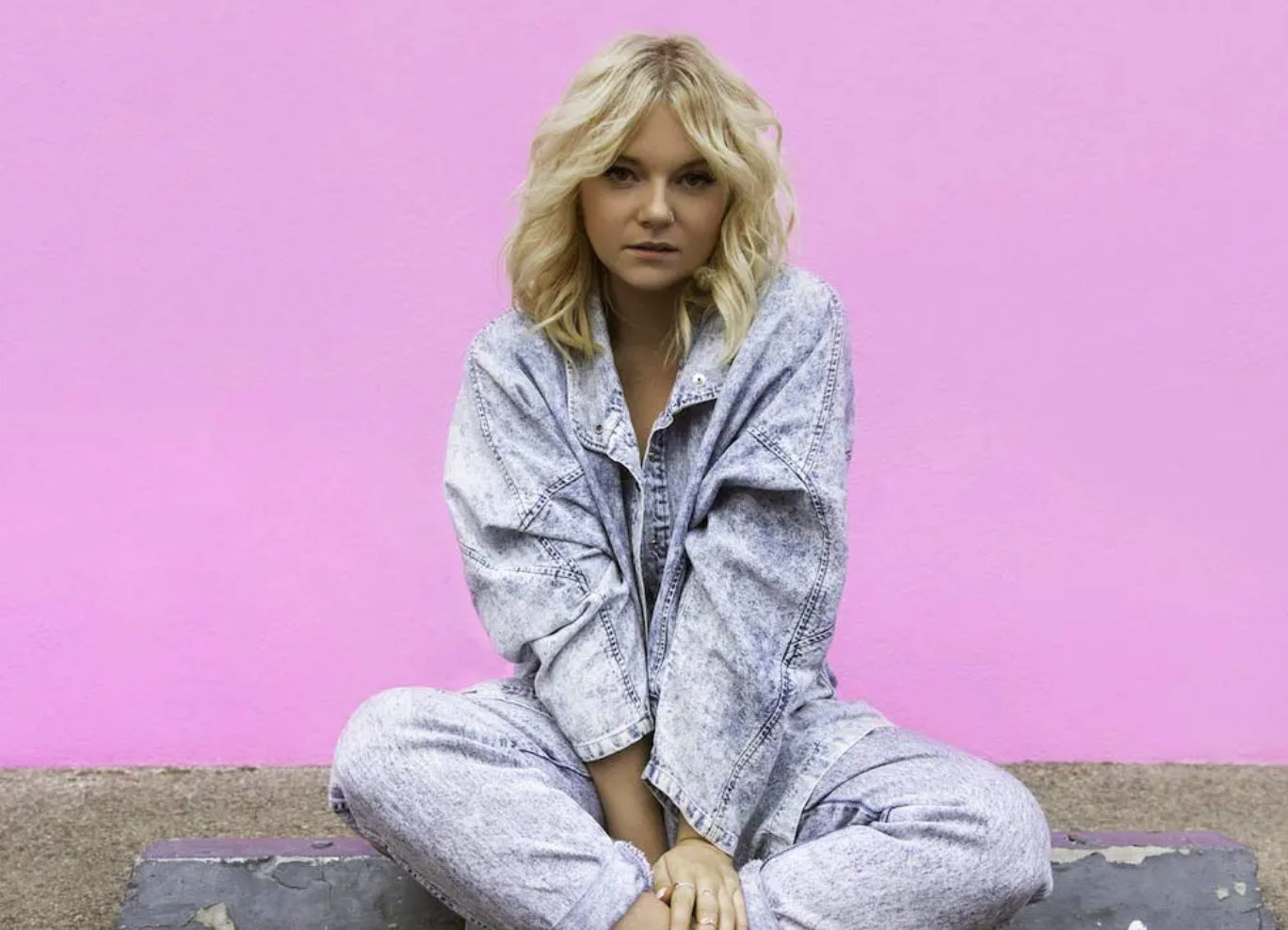 JESSIA, is just as bubbly and fun as she looks. The Canadian pop songstress and I caught up backstage at this year's Austin City Limits, and we got to chat about her songwriting, her excitement for seeing P!nk perform, and more. It was a great first welcome back to the festival, and if you haven't gotten a chance to check her out, I highly recommend it!

JESSIA, it's so great to meet you! Tell me about your track, "One of the Guys," and the inspiration behind that.

JESSIA: Soo yeah I was friendzoned. Just to put it point blank and I was like, "Oh my God." I am literally going to do anything for this human being, but he's just like throwing around "bro" and "dude" all the time. I was like, Sick, this is so fun. Great, thank you.

And I was like, but then it was kind of romantic too, you know, those situationships. And you're just like, What are we doing? Like, we're not friends, and we're not dating. Like you're in this.

I find that that's a very in-our-20s thing. I know I've been there.

JESSIA: YES, and I was like, "I am way too hot to be dealing with you. Like, you're not committing. I can't be in this yes or no kind of thing." So one day, I was just having a little fun, and I wanted to say this to him, but he had no idea this song was about him.

I think that's the thing - you could put it all out there, and somehow the opposite sex would not catch on.

Which is your favorite track to perform?

JESSIA: Honestly, that one! HAHA

Well, it is a great one, so I completely understand. So for your musical inspiration, where do you draw from? Are they real-life events, or do you take bits and pieces of experiences and put them in a track?

JESSIA: Kind of both - but I think it has to be a real experience. Like whether I experienced it or someone else has. My whole thing is I just cannot go into a room and go, "let's write a song about cheating."

Who were some artists that you listen to currently or growing up that have inspired your sound?

JESSIA: Well, one of them is playing here! P!nk! I love her, and I grew up listening to her. Even The Chicks, Seeing them perform songs I listened to as a kid, is going to be so sick. But when I was little, I listened to Christina Aguilera, Britney Spears, and Jessie J - strong, powerful women, and that definitely has influenced me to talk about the real stuff.

Tell me about the real stuff.

JESSIA: Yes! I'm not here just to tiptoe around the subject. And for me, songwriting is a form of therapy because, in real life, I don't like confrontation, so I'm just going to write about it instead. I just hope they get the public memo!

JESSIA: New music! I've been teasing a few things on my TikTok!

So to segue into TikTok, how would you say the platform has created a space for artists?

JESSIA: It's been so crazy getting to create a community with fans. Like I came up during the pandemic, so people will tell me their username at shows, and I realize I've been talking to them for over a year! It's been very cool.

Keep up with JESSIA on TikTok, Instagram, and Spotify.