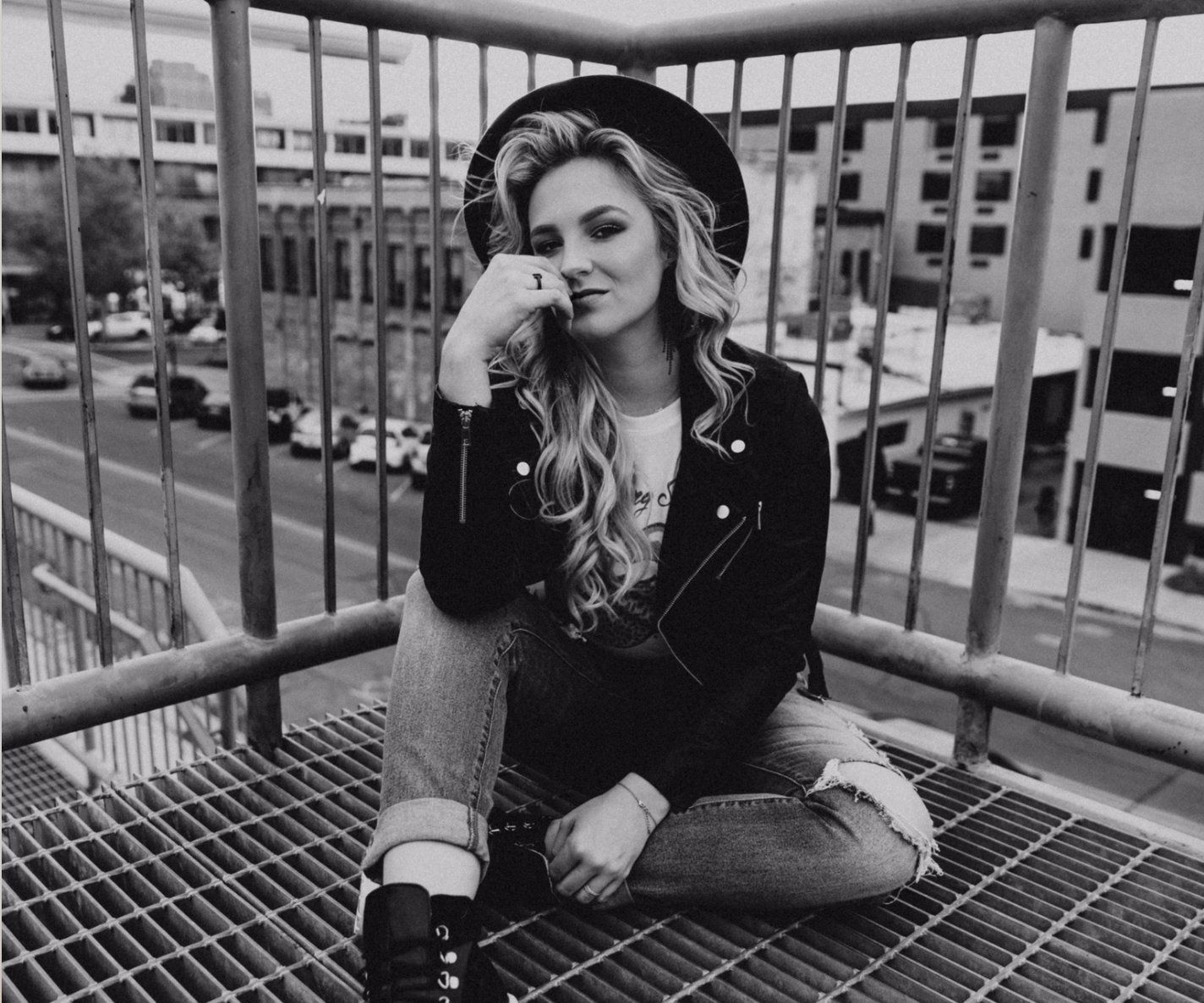 Kensington Moore has the sweetest voice and her songs are so genuine, you can just feel it when she's performing. I caught her at SXSW and was immediately hooked. I talked to her about her fav songwriters and her gorgeous new song.

Kensington: I’m originally from a tiny townie Kentucky and my family moved to Nashville right before I was in high school. My mom was a songwriter and I learned a lot from her, growing up around her singing and writing. My brother is super musical too and my parents wanted us to be in a music community. That’s why we moved.

When did you start seeing it as your career?

Kensington: I was on The Voice in 2014, Season 7, and I think that’s what kickstarted everything. It’s what brought me out to LA and introduced me to a lot of cool people.

Kensington: It’s definitely not reality, but it was such a great learning experience. It’s interesting because these shows are all about having a story and I’ve never had a sob-story. I look at that now as being the beginning of my story and my career.

What inspires your songwriting, who do you look up to?

Kensington: John Mayer is my biggest inspiration, but I’ve been really into Sasha Sloan recently, her sound and her way of writing is so brilliant, as well as Julia Michaels. What I love about both of them is songwriting is at their core, they were writing for other artists first and then they made a career out of it. Now they’re artists themselves, songwriting is so important to me and I always want to be a part of the writing process.

Especially with Sasha Sloan and Julia Michaels, do you think it helps that they’ve honed that skill so much?

Kensington: I’m sure that’s expanded their creativity because you have to write from a different perspective.

Kensington: I think you can be born with the gift but you have to work on it and get better and better.

Speaking of, tell me about your new song “I Don’t Like You Anymore”?

Kensington: I was dating a guy at the time and neither of us said “I love you” yet, we were still in the early stages and I was like, “I think I love him,” and I went into the studio. I was like, “How can I tell him I love him without saying it because I’m scared?” We talked through all these different ways and we landed on, “I don’t like you anymore because I love you.” So, my plan was to show him the song and that was my way of telling him, but he broke up with me before I could! Now, I guess it can be taken literally too.

That timing is terrible, has he heard it yet?

Guys are the worst, such bad timing. Well, what’s been the biggest challenge you’ve faced in your career?

Kensington: Well, I had an injury, I dropped a glass lamp and it cut some tendons and nerves in my finger. I actually had another surgery on it a week ago. It really affected my guitar-playing and piano-playing. That’s how I write, so I had to think outside-of-the-box and find new ways to write. It was hard not being able to play guitar. What’s cool is with physical therapy, I’m starting to get more motion back and hopefully I’ll play again like I used to.

I never think about that, like how would you do anything? I’m glad you’re getting better! I couldn’t tell at SX!

Kensington: It was funny because that was just a few days before I had the surgery so I was enjoying those last few moments. I learned to play again but my index finger, I can only move it so much and it’s really painful. I’m lucky to live in LA and have amazing surgeons so hopefully this will be the last one.

Well, what’s your best piece of advice for a young girl that wants to get into songwriting?

Kensington: Be real. Be authentic. I’ve noticed going into the studio with the intention of writing a hit versus going into the studio and being real and sharing your heart; the latter always lasts longer. I think people see through our intentions. Being real and honest and vulnerable always wins. Just keep pushing, it’s so hard, I think consistency is key and surrounding yourself with people that are better than you.

I would struggle with that, how do you keep from feeling competitive?

Kensington: It’s really easy to get caught up with comparison, especially with social media, and all the fakeness. I have to remind myself about what makes me different and I was given these gifts for a reason. I have to stay in my own lane and embrace the differences.

A lot of new music coming out!