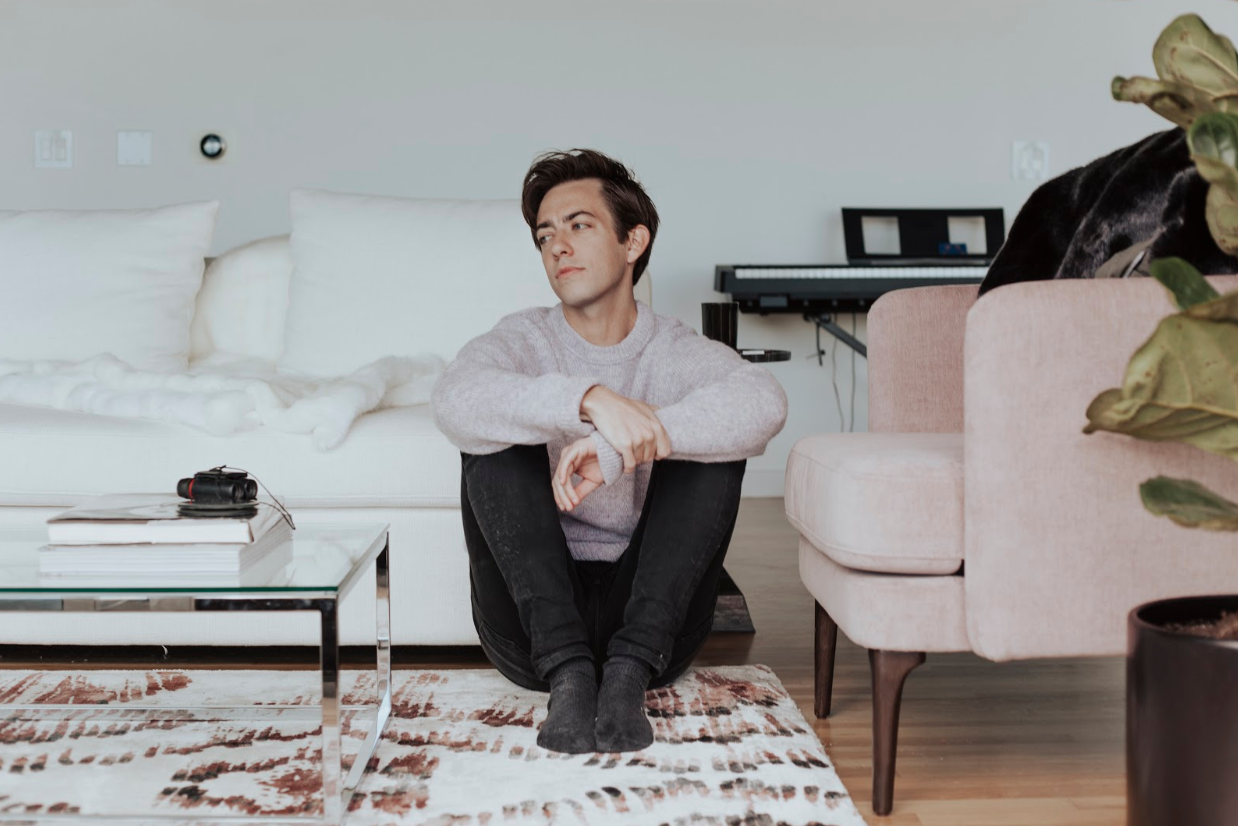 Kevin McHale captured my heart when he played Artie on the critically acclaimed show, Glee. As a former gleek, to say that I was excited to interview Kevin on his solo career was an understatement. Coming off the 10 year anniversary, the timing could not have been more perfect.

I couldn’t even get my first question out before blurting to him that my best friend and I became friends in the first place because we were so drawn to the show and his character. He bantered back that people are always coming out to his show to tell him this now.

He now has two singles released, “Help Me Now” and “James Dean.” “This music represents my voice in real life. I don’t have to try to be a character or put up a front with these two songs,” he tells me.

He explained to me he began writing five specific songs two years ago. “I know it seems silly it’s taken this long, but little by little the songs all came together.”

“I’m someone that doesn’t generally like an album the first time I listen to it. It’s a slow and patchwork process and it has to grow on me and it was nice to craft the songs I created in this way, too.”

While we have to wait on the remaining songs, “James Dean” has just dropped and it’s one of Kevin’s favorites.

He tells me two of his friends helped create it. “I just began freestyling in the studio one day with the lines, “I like this boy, I like this boy, right” and my friends told me this is how I had to start the song.”

“The song is about the beginning of a relationship where you’re in the phase where you’re seeing each other, but you know you’re into one another and yet the other party isn’t admitting it prior to actually getting together.”

I think we’ve all been there, and even Kevin agrees that he wishes he had the confidence this song presents when having a crush.

Overall, the EP set to drop at the end of the month is about Kevin opening up to us, his fans. “It’s about me being real about this experience.”

“I’m sort of someone who doesn’t plan ahead so I’m seeing where the music sees me. I’m excited to see how the EP does and I just want to know what my people have to think about it. If that means shows, then that’s what I’ll do!”