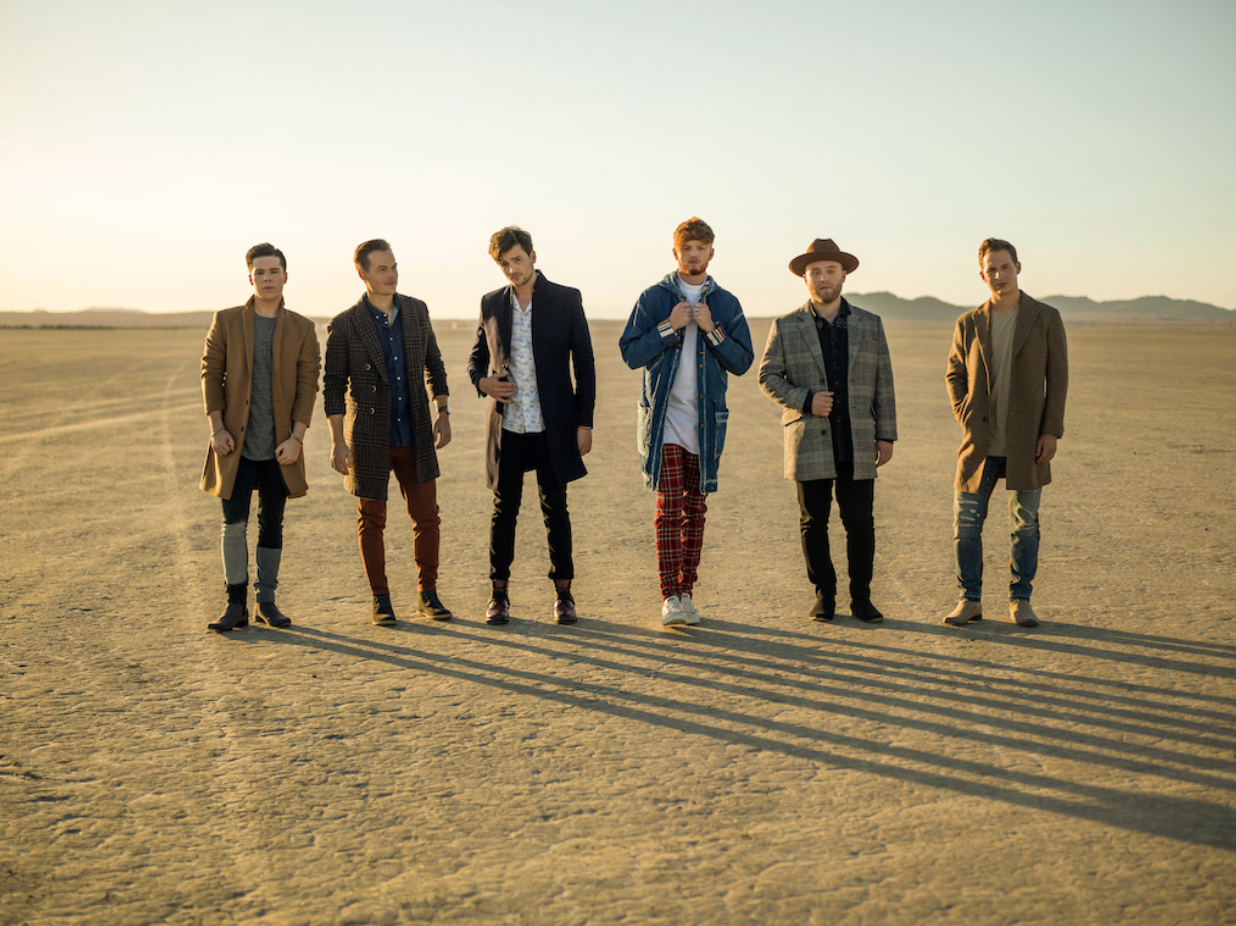 There have not been many boy bands that have placed an impact on my life as the boys from One Direction. Both Harry and Niall had country stars as their tour mates within the last year (Kacey Musgraves and Maren Morris respectively) and I remember joking to my friends that the only way I’d listen to country music again after growing up in a town outside of Memphis would be One Direction’s impact.

I think the music gods heard me because one afternoon as I was scrolling on my timeline, I found a Billboard article about the 6-piece country boyband (yes, you read that correctly - country boyband) King Calaway. Chris Deaton (25), Simon Dumas, Chad Michael Jervis, Jordan Harvey, Austin Luther and Caleb Miller all play instruments and sing. And sing well.

I recently was able to grab coffee and pastries with the boys and we discussed their beginnings and the whirlwind of success to soon come their way. I raised my arm and immediately Jordan and Chad notice the tattoo on my wrist. To keep it short, the tattoo is a nod to 1D’s track, “Girl Almighty” and after a few minutes of discussing the band, we got into King Calaway’s influence and creation.

“Chemistry wise, everything slid into place from day one,” Simon adds. “Our first song we played together was the cover of “Love The One You’re With” and we’ve been together ever since.”

Other tracks include their feeling-inducing song “World For Two”, “I Do” and “Rivers.” Chad tells me about the band’s songwriting and creation process. “For writing, we find it impossible for the six of us to sit down and write, but often times we pair off and work with each other. With our EP we were so fortunate and it was so great to get pitched to from several talented writers in Nashville.”

“We wanted to see what kind of songs we could perform and what would fit the sound of King Calway. In addition, we wanted to take advantage of the Nashville scene and this allowed us to figure out what to do for our future records.”

Their sounds are as unique as their personalities. I asked the group to each name just one song they could add to a playlist and the results are very appropriate.

Victim Of Love by The Eagles - Chad

Mud On The Tires by Brad Paisley - Caleb

During their radio tour recently, the group stopped in my hometown of Memphis, Tennessee and paid a visit to St. Jude Children’s Research Hospital. Jordan says, “Visiting the hospital really blew us away and put things into perspective for us. It made us realize that everything we do, even in music, we want to use that to continually give back.”

The group has lots of exciting things in the works and while I can only confirm a couple, opening for Garth Brooks in Minneapolis and going to Australia are both huge milestones for this group!