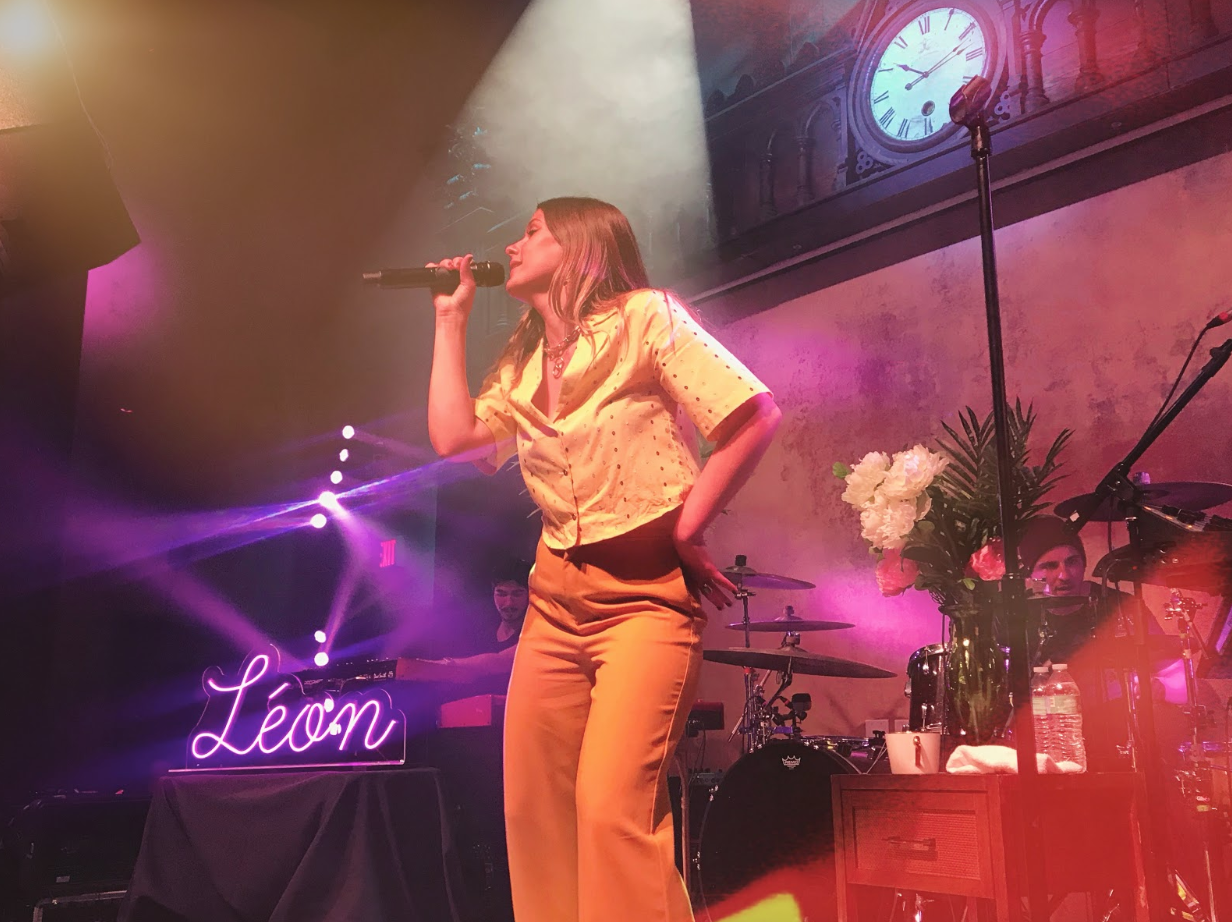 I think when you agree to attend a LÉON show, you have to know what you're getting yourself into - and that's a puddle of emotions. Walking into her set at the House of Blues Parish Room, you're transported into an intimate setting that kind of resembles a church, and for good reason. As the band began to set up her stage with palm trees, a lamp, and a neon sign donning her name, the crowd was more than ready to spend their evening with the Swedish pop songstress.

Just as diverse as her album was, you could see this emulated in the crowd. She opened up with "Lost Time" and just like waiting for this tour to come around, it was just like making up for lost time to see her selling out headlining shows.

Each heartbreaking song had an even worse heartbreaking story to go with it. She sang new upbeat favorites like "Baby Don't Talk" and "Falling" before telling us about how "I Believe In Us" is about a former relationship she had and even when things are terrible, you want it to work out somehow. No LÉON set is complete without her infamous Fleetwood Mac cover of "Dreams."

We were transported to her early days when she came out with her bop, "Treasure" before closing out the show with both "Liar" and "You and I."

I've followed LÉON's career for years and to see her perform each time is just incredible. I have never felt such bliss at a show with a setlist of breakup songs. This was the perfect blend of old and new for the Swedish songwriter and I can't wait to hear what she does next.