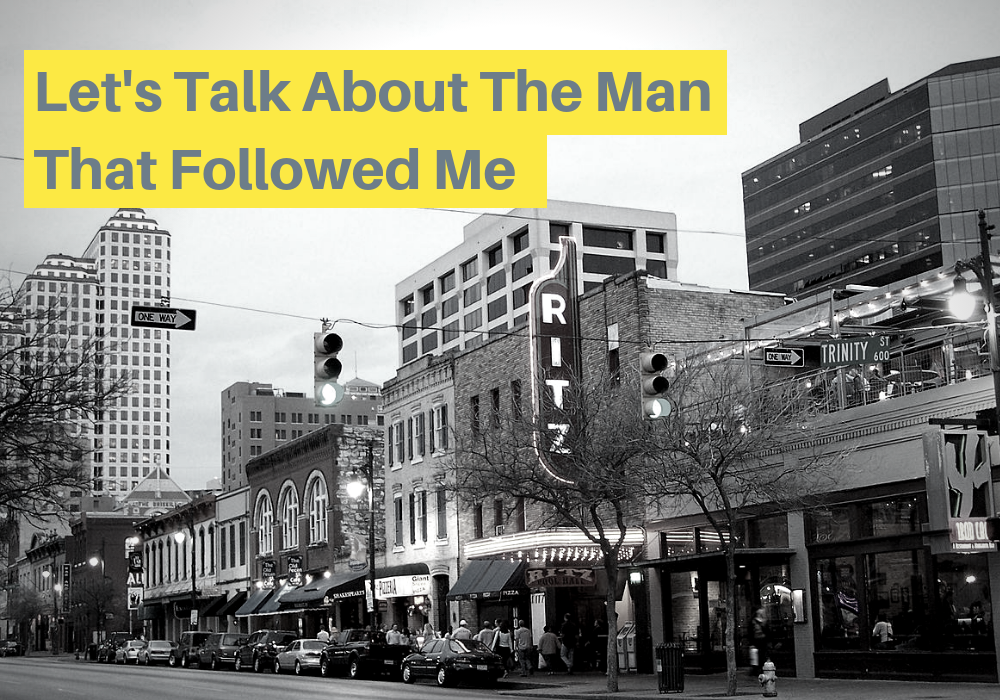 I grew up in a family of journalists. My parents both worked for the news and my dad was as overprotective as they come. Every day I’d hear tips from him on how not to get robbed. I know all the tips. I don’t have my headphones in when I’m walking to my car, or when i’m walking anywhere honestly. I am a very alert person that listens to My Favorite Murder and walks with her keys clenched between her hands. I share my Uber trips with my best friend and I have my location turned on for close friends and always let them know where I am and who I'm with.

All of these things I do because I am a safe person. I don’t want to feel like I’m about to be murdered all the time, but I do. I don’t take my garbage out without locking my door. Some call it paranoia but I always say I’d rather be safe than sorry. However, this doesn’t stop me from my favorite activity: going to concerts alone.

It’s not just part of my job, it’s something I need to do. On a casual Tuesday, I went to see my buddies Charming Liars at Antone’s in Austin. I stayed for the rest of the lineup, said goodbye, then decided to treat myself to some pizza. I walked over towards 7th street and walked past a man standing outside a bar. I noticed he started to follow me. I changed up my route to a more public place hoping it was just a coincidence, but he kept going.

I didn’t want to stop for pizza because then he’d catch up to me. So I stayed in well-lit areas that I knew would have some people around even though it was Tuesday. I headed to Dirty 6th (there’s always some cops around there) and ordered an Uber on the way. I’d have to pause eventually for the car to pick me up so I thought it best to be someplace with people.

I stopped on the corner and saw the man walking up to me. There were plenty of people around and I saw cops on the next corner. He stood next to me and introduced himself. I looked down at my phone. He continued to talk. He told me we should get a drink. I responded, “Leave me alone.” He then asked me what I was doing. “Waiting for my uber,” I said again. He told me he could drive me home. Hard pass on that one. I kept waiting for him to leave but he didn’t. He even asked me if he was making me uncomfortable. “Yes,” I said, “Leave me alone.” He didn’t stop.

He asked why he was making me uncomfortable. I told him because he’s been following me since Antone's. I could see my Uber coming and urgently flagged him down. He followed me to the Uber and I jumped in and yelled at the driver to lock the doors.

I was so angry. What a great night I had up until then. I didn’t even get my pizza. I had never really felt that unsafe in Austin. Being a natural loner, this was so disturbing and disappointing. What if no one can go to shows with me? Do I not go? That's just not an option.

This is kind of why it's harder for women to be in this industry, not even this industry, to be anywhere. We have to deal with a constant threat of being followed or raped or murdered. I wish I was a man, I wish I could go to shows alone and not worry about this.

I don’t even know why I needed to rant about this so much. I guess it’s just an effort to make men understand how when women say they aren’t being listened to, how we say we don’t feel safe, it’s not always in the more extreme ways. It’s in little moments that we thought were our own.