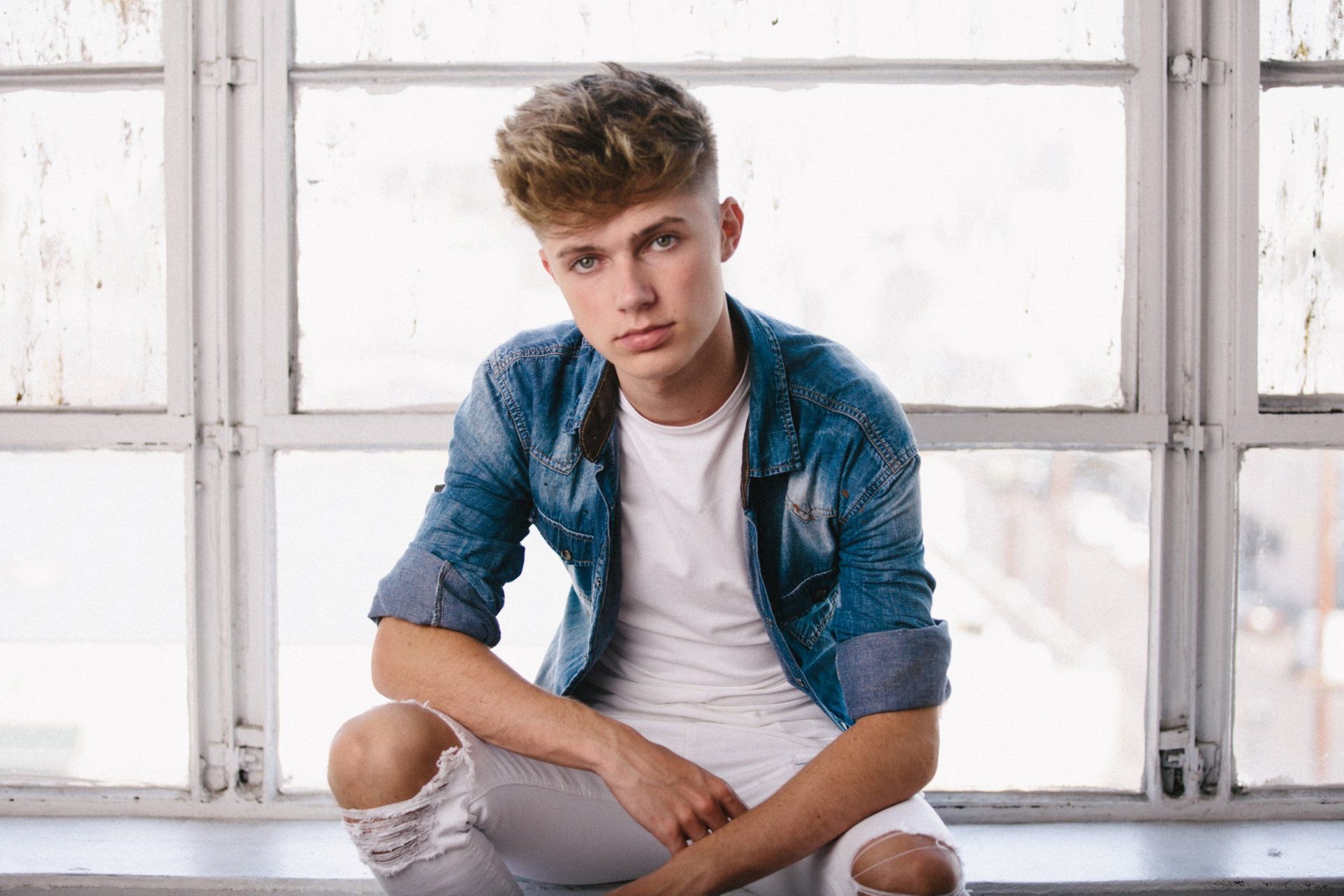 HRVY has that classic pop sound that I love, but there’s something about his music that is just different than what I’ve heard before. Between relatable lyrics and ridiculously catchy choruses, I can just picture what the energy of a HRVY show is like - and it’s a show I’m trying to be at.

HRVY has actually been around since 2013, having released his first single that year, called Thank You. When we ask him about how his sound has changed since that time, he laughs, remembering how much younger his voice sounded at the time. But even then, he’s always been an artist who mixes R&B and pop, with his sound just progressing over the years.

Fast forward to 2017 and he’s grown immensely in making music - at the end of last year, he released the Talk to Ya EP and that’s where you’ll find some BOPS. Each song has a little bit different of a vibe, but they all work together so well. HRVY told us in addition to Troye Sivan and Justin Timberlake as big inspirations for him, he really pays close attention to what is trending on the charts to see what people are enjoying at the moment. Some of those songs he may even end up playing for producers, as he really tries to go into the studio talking to them about what he has envisioned for the sound in addition to showing them other songs he likes that sound like the vibe he’s going for. That process usually ends up in he and the team recording 20 songs and then cutting down to best 4 or 5 for that specific EP. So, HRVY, when are we getting to hear all of the songs that have been cut!?

Thinking through the five songs that ended up on this EP, I think my favorite is Personal - it’s instantly catchy and has super relatable lyrics. Personal is also the song with the most recent music video, which takes place in a high school and features some pretty big influencers, like Loren Gray and Blake Gray, among others. It’s such a fun concept, and HRVY says he watches “a lot of American TV shows like Riverdale and Vampire Diaries,” so they were a huge inspiration. I mean, SAME.

If it sounds like HRVY keeps himself busy, he’s about to get even busier - just in January, he was added to the lineup for the 2018 leg of The Vamps Night & Day arena tour! This. Is. Huge. In preparation for the tour, HRVY rehearses a lot, saying “it’s a lot of hard work, but I always want them to be the best they can be.” I have no doubt as to how fun these shows will be.

Even with as fast as he’s moving these days, HRVY always brings it back to the fans. He shared with us how important it is for him to get to meet his fans on tour, especially as he’s starting to visit new places he’s never toured before. To try to stay connected with them and to make sure the fans know how much he loves them, he obviously uses social media, but tries to make it a little more personal:

“I use my Instagram DMs all the time to chat to my fans! I also use Snapchat to video call them.”

Um, when is it our turn for HRVY to slide into our DMs??