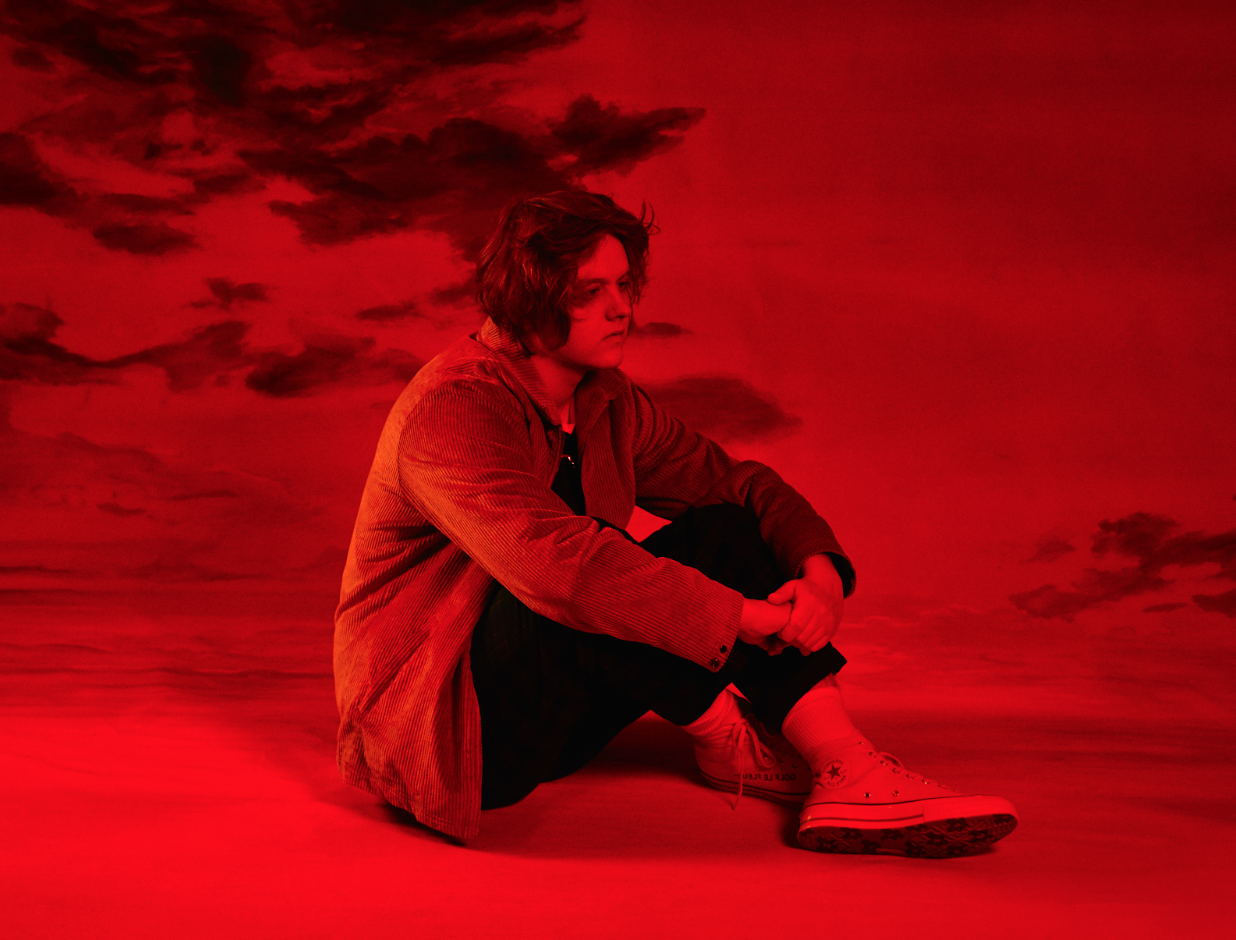 When I spoke with the bonus Jonas member, Lewis Capaldi, about the success of his debut album, he told me it was a bit unexpected and, while laughing, adds, "The general draw for creating the album was that I had signed a record deal and was contractually obligated to create one."

This is the energy you get from Lewis. I haven't been able to see him live, but he's so off the cusp, open and honest that he's relatable to fans across the world. He tells me the inspiration and meaning behind the album was he simply began to write. "I had been writing for about a year and a half on my own building songs to take to a label. It wasn't long until after when I wrote, 'Bruises' which is about me breaking up with my girlfriend at the time."

"This was the very first song I wrote to be honest, and I'd always shy away from that because I was about 19 or 20 and I was just scared of what people would think. For me, this song kind of drove what the rest of the album would become like and it was piano-led and gave quite the introspective, if you will."

Lewis' interaction with his fans across social media is what drew me in in the first place. He says for him, it's just him being himself. He says, "I don't really think I'm the kind of person to have an image, I've never thought much about it when I was getting into the industry."

"I just make music and the rest of it is secondary. I think social media should be used to have a laugh and joke about. Obviously, there's a lot of serious stuff out there and for me that's not why I chose to use the platform. I use it to take the piss, and fuck around, and have as much fun as possible.I've never really given it much thought, but it kind of like a blessing almost, that I don't really have any image I have to uphold. I can just kick about and be myself, and have a good time. I don't have any false perpetuated image people should have of me."

Lewis' social media is so much bigger than this, in fact on Instagram, he posted a photo leading up to his tour about forming a community of fans who suffer anxiety because he wants everyone to enjoy this show.

He explains, "I just want people to come and watch the shows, and it really struck a chord with me, and made me really feel for these people who told me they've missed out on so many shows because they have anxiety, and I hate to think they're missing out. So hopefully it can help out, but we're working on it as we speak."

"I basically put an extra 50p onto the ticket price, and it's basically that fund for a couple of guys of this organization called 'Music In You' coming along to deal with things in that area. They can counsel people at the shows if they start to feel nervous, they meet with people at the shows, just to feel better about having someone there. There's going to be rooms you can go off to, to decompress if you start to get a bit too overwhelmed. It was just this idea me and my manager had of wanting to make shows as accessible for everyone as possible."

With his headlining tour, Lewis tells the places he's most excited to see are New York, LA and Portland. He says, "This is the first tour I've done since my album's been out. So it'll be the first time I'm seeing how people react to songs when I play them live. It's going to be fun I think, I hope, it could go fucking horribly wrong. But I'm trying my best to not do that."

I end our conversation by asking most artists what I always do, and that's what's next for them. Lewis gives me the most memorable answer. He jokes, "Like a fitness DVD? Maybe I'll do like a fitness program and just have people get as shredded as I am. And maybe I'll do a stint on reality TV. What's the equivalent? I'll do real housewives? But honestly, just touring and playing my music for everyone."

After this interview, I was able to attend an event at Capitol Records for their 1 mic 1 take segment. I, along with a handful of other fans, were able to meet Irishman himself and enjoy an intimate performance. Seriously, his album is incredible so I hope you've already been listening to my new friend Lewis.