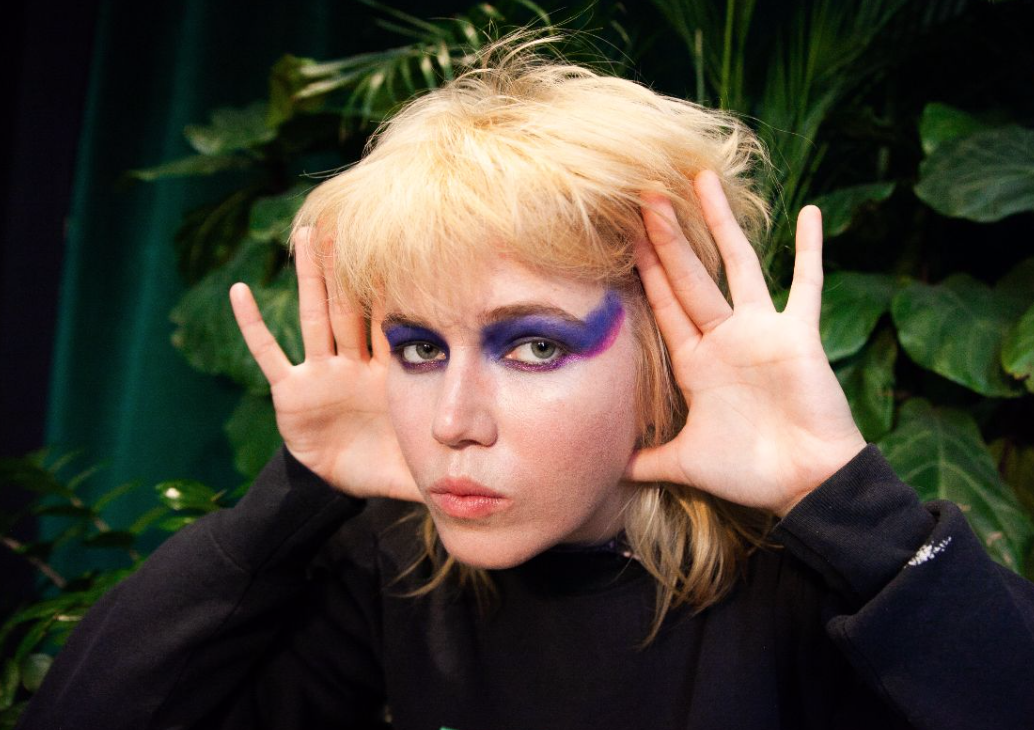 I can't remember the first time I saw Liv Slingerland perform but I know I've seen her name countless times. She's toured with everyone from Olivia Rodrigo to Halsey but now she's getting ready to release her debut album. Her song "Hey You" is the perfect teaser for her unique sound, guitar-driven, angsty but still bouncy and vibrant. We talked to Liv about her career highlights and the challenges she's faced.

Hi Liv!!! I’ve seen you perform sooo many times! Can you tell me how you got started in music?

Liv: Hi! When I turned six years old, I remember begging my parents for a guitar for Christmas. They ended up getting me a small acoustic, but I didn’t have any idea how to play it and hadn’t yet found a teacher. It wasn’t until I was 11 that I started taking lessons from a family friend, and things started to click. I started cover bands with friends I knew from the neighborhood, and we all tried playing Van Halen, AC/DC, The Ramones, The Clash, Tom Petty, Joan Jett, etc. As I got a bit older, I started to focus on writing songs and fronting bands and have been working on that while playing for other artists ever since.

What was the moment you knew music would be your life?

Liv: I’m not really sure. I’ve just always had some blind belief that it will all work out if I keep putting effort into it. I think playing music is really the only thing I could do as a career and feel like my true self.

What’s the story behind “Hey You”?

Liv: “Hey You” is one of a few songs about my first relationship out of college that really stung me when we broke up. At that point, it felt like I had been given up on while I was still prioritizing this other person who I let have control over my thoughts or feelings, even though we were no longer in contact. It took me quite a while to heal from that but writing this song definitely helped in that process.

You’ve really cut your teeth in the music scene. How does it feel to get ready to put your debut album out?

Liv: I’m just so excited to finally put a full collection of songs out under my name. In the past, I’ve released a single or an EP here and there, but this feels like a much more complete thought and it also feels like the right time to do it. Writing and releasing one’s own music requires such a different approach than backing up other artists. Both allow me to be creative, but the former is where I can fully explore who I am (esp. musically) without restrictions.

What has been one of the highlights of your career so far?

Liv: Covering “Running Up That Hill” by Kate Bush with Halsey at Gov Ball in NY.

Liv: The answer to that question is easily being able to balance making money to live on as a musician while also making sure to seek out time and other resources to invest in myself as an artist. And even though I love touring, it gets difficult to be away from friends and family so often while touring.

Liv: Don’t be intimidated by anybody. Pursue what interests you and learn and absorb as much about each thing you like as possible. I have students that are obsessed with playing music, making films, designing clothes, painting, etc., and I feel like the more you can take in any art form, the better you’ll be able to put things into perspective in life.

Keep up with Liv Slinglerland on Instagram, Spotify, and TikTok!