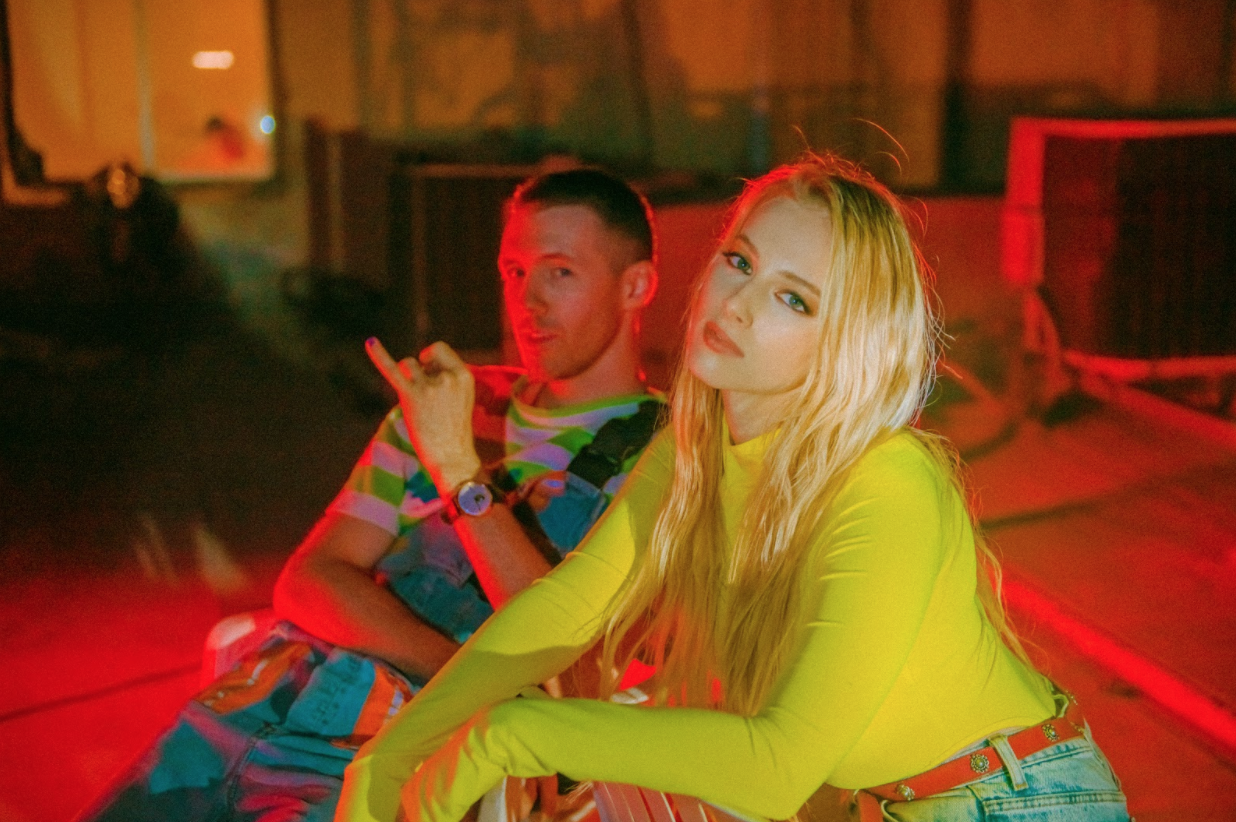 I have been obsessed with LOOTE for years ever since I heard their collab with Joe Jonas in a Starbucks. When I got the email to interview them about their latest EP, I never replied to a request so fast. “heart eyes” is a collection of songs that did not disappoint at all.

I absolutely love EVERYTHING you have put out. Which song has been your favorite?

LOOTE: "Sex with my Ex" was definitely a favorite. The story behind it alone still baffles me. Like, how the hell do I have a song out with all my friends and one of the most legendary drummers ever on it!

I feel so lucky to be a part of it. Plus, it's just so FUN. It's like pop-punk meets EDM. I can’t wait to play it live.

What was the process behind creating this EP? Inspiration? How did you settle on the collab with Travis Barker, Captain Cuts and Home Alone?

LOOTE: The process of heart eyes was a lot of me and Jackson in his studio trying to get things perfect. The goal was to go back to our roots a bit. We’re evolving both sonically and as people, but I grew up on mostly classic rock, so it’s been awesome going back to that. I’ve missed guitars and drums in pop music.

As for SWME, it was pretty natural between us, Home Alone and Captain Cuts. We were in a session with Captain Cuts, and the lead singer of Home Alone, and at the very end of the day,  he started singing this chorus idea. It was like a bell went off in everyone’s head. It just came together so fast. We wrote the second verse and I cut it at Jackson's place. At some point soon after, I jokingly mentioned that it would be cool to get someone like Travis on the record. Two weeks later, our management was in touch with his management. He had heard the record, and was down. So crazy.

You've worked with incredible talent across the board. Joe Jonas and Gnash. Who is someone you haven't worked with yet that you would love to?

LOOTE: We’ve gotten to collaborate with some incredibly talented people. I would love to work with Finneas and Brendon Urie.

What are you guys doing to keep busy in quarantine? Besides drop the best EP for the occasion.

LOOTE: I’ve been painting and cooking a lot. Not doing as much writing as I would have expected, but I think it’s taken a minute for me to process/ navigate the situation we’re in. Jackson and I were discussing how we’re gonna start the next project, seeing as we have nothing but time to work! Our next body of work is gonna be an album. We’re starting in a couple of weeks and I’m really excited to see where this takes us.