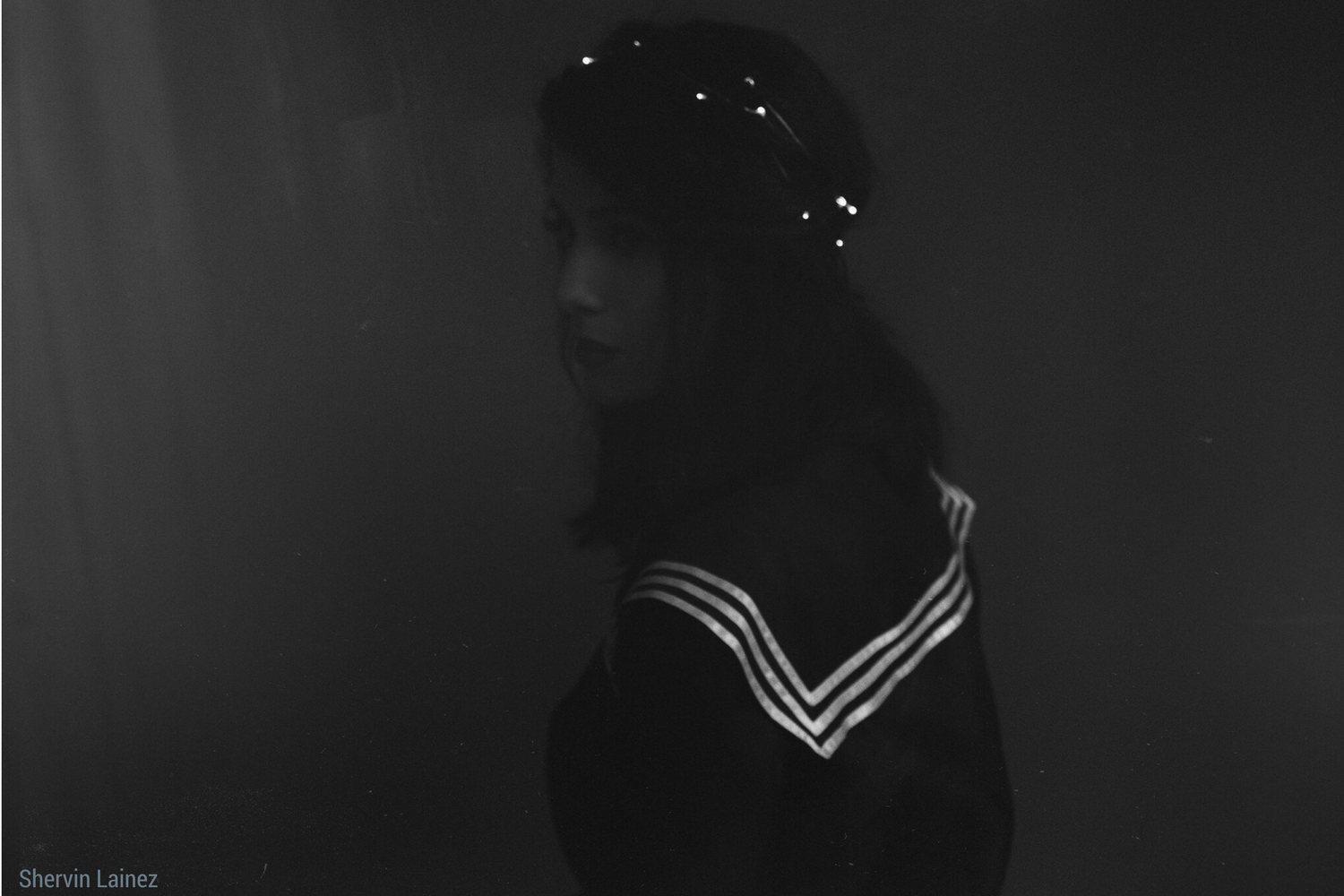 I don’t think there’s a lot of people in the music world as smart as Luna Shadows. Her latest EP Youth has been circulating on every blog and playlist. She’s in complete control of her music and her career and she’s fiercely business-minded. That’s not to take away from her music, her songs are haunting and intricate, she has a distinctive sound.

Her first instrument was the piano, she wrote her first song around 9 or 10, she didn’t know how to read music yet, at 12 she started taking classical piano lessons. She says, “At 14, I got accepted to LaGuardia High School of Music & Art and Performing Arts in NYC for singing. I always loved singing but was too shy to sing in front of anyone. When I got accepted, I remember my mom said: “you sing?”

One thing that is so impressive about Luna, is that she’s pretty much the definition of a DIY artist and she’s very picky about how everything sounds. She doesn’t settle for what other people want her to sound like. It’s important for her to have that creative control.

She says, “Even if you can’t do everything, it’s important to have the vocabulary to articulate what you want. There have been points in my journey (and still are) where I know what I want something to sound like but don’t necessarily have the physical skills to achieve it – so that’s when I ask questions, take notes, and actively practice articulating what I am seeking.”

Luna is an independent artist so most of her music life has depended on the gods of Spotify deciding on what songs are worthy of being spotlighted and they’ve shined brightly on Luna Shadows. Artists have mixed feelings about streaming but for an independent artist Luna emphasizes that their success rests in those plays. She says, “I’m a completely independent artist – no label, manager, distributor, funding, etc. and my music has ended up on many of the major Spotify playlists which resulted in millions of streams. For me, this was life changing and I can say without hesitation that Spotify is an incredible tool, if not THE single most important tool for independent artists right now.”

And Spotify knows good music, Luna’s music is catchy but unique, it’ll be stuck in your head for weeks but it doesn’t fade into the mix. When you hear her song on a playlist it stands out. Luna’s sound is dark and moody, it’s haunting but not depressing. She spent a long time finding that sound, that right balance. She incorporates so many electronic elements but it’s not harsh, it’s still musical. She says, “I come from a diverse musical background and my initial goal was to find a way to combine all my influences without diluting any too much – pop without being shallow, rock without being overly loud, electronic without being devoid of organic emotion, classical without being overly complicated, folk without being too literal of a storyteller, and so forth. I spent many years working on my sound, learning production skills from my peers, finding the right collaborators, etc. Finding the right collaborators is a big thing. I would liken it to going on Tinder dates. You’ll probably go on a lot of awkward dates before you find someone you really like.”

Her voice is hypnotic, it’s almost vulnerable, but it’s so distinctive. Luna records her songs in her home studio. Her EP Youth encompasses different aspects of her imagination, whether it’s the upbeat nostalgia in “Youth,” the introspective and yearning “Thorns,” the moment of revelation in “Tokyo,” or my personal favorite “Cheerleader.” She says the sequence is reflection, contemplation, affirmation, and then realization. A start and an ending. “Cheerleader” is such a standout to me. She describes it as “sarcastic, ironic character-driven song both self-deprecating and self-affirming.” She sings, “Honey, when you hold me, pretty as your trophy, you’ll see, keep me where I belong, candy on your arm, cause you were born a dreams, and I was born to be a…cheerleader.” She first came up with the song in a memo, she sang into her voice memo, “Cheerleader, screaming to the bleachers, I would make them all believers.”

It’s a beautiful commentary on how women are viewed, you’re valued for pushing the male protagonist, the athlete into his dreams while you stand there smiling and cheering on, but Luna twists that idea saying that the cheerleaders are plotting on the sidelines, controlling from the crowd. It’s more powerful than what you see at first glance. She explains, “The sentiment behind the song is that you don’t need to be or seem the loudest to make an impact. You can be like the moon, silently influencing the tides from afar.”

Especially for women, having that control and knowing what you want and not settling is important. Luna says, “Vulnerability is a quality that is often associated with femininity and perceived of as weak but I believe it is quite the opposite – and something I use to my advantage.” Just like in her song Cheerleader, Luna knows how to plan. “So far, I’ve lead my EP campaigns on the basis of having a strong, cohesive artistic vision, a competent, detail-oriented plan, and bulletproof determination. I know what I want, I put in the work, and I know what I’m doing… so then I just wait patiently and watch things go according to plan. Just like the moon.”

Her advice for women getting into music is specific and she doesn’t romanticise the experience. She says,” Know who you are and what you want. Know your strengths, but know your shortcomings even more. Go straight to those tough spots. Work on the things that you know you can improve.”

Then she gets into the gritty details in some of the most honest and direct advice we’ve been given so read into it if you’re serious: Be self-sufficient — so, practically speaking and in a completely non-romantic sense, if you want to be a solo artist, here’s a to do list: you need (to some degree) to be a singer, songwriter, instrumentalist (enough to figure out chord progressions or basic beats), producer (learn protools or ableton, at least enough to be able to make demos), have general knowledge of art/graphic design (for your album art, posters, videos, etc either to make yourself or to articulate to your artist collaborator), have a general understanding of marketing/PR/social media (doesn’t matter how great your song is if no one hears it), learn about the business side of things (learn to properly register & distribute your songs, collect your royalties, etc)., and put together a live show.

This is just the starting point. It’s not an overnight trip, so buckle up.

Follow her on Facebook, Twitter, and Instagram and go see her live. She’s playing a show in LA on November 29th, get tickets here and New York on December 9th, get tickets for that one here.