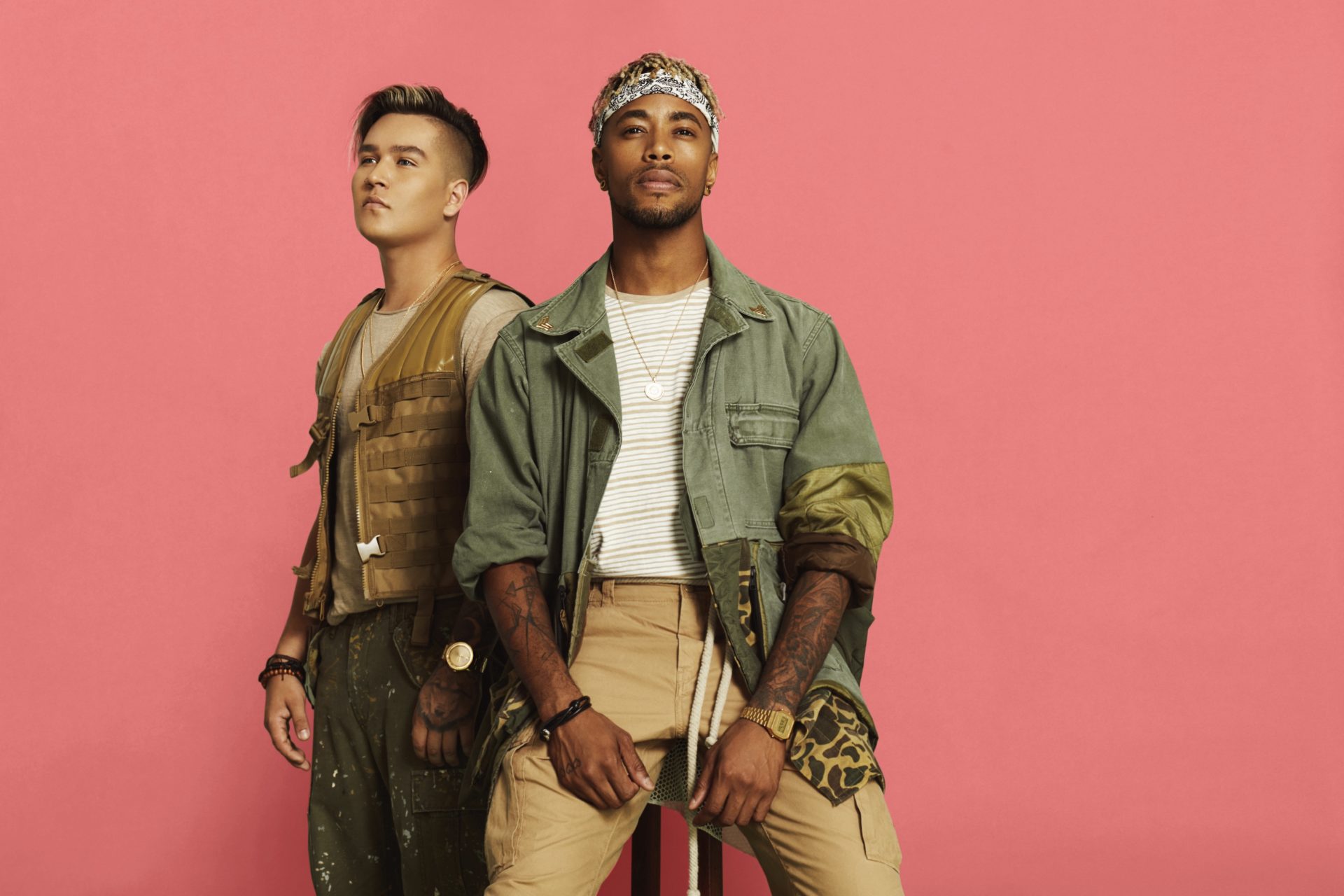 Neon Dreams might have the shimmering melodies you'd expect from one of indie pop's fastest rising bands, but behind those earwormy hooks there's a lot of soul and depth. We talked to Frank Cadillac about their song "Turn Back Now" and how they stay motivated.

How did Neon Dreams get started?

Frank Cadillac: I moved to Halifax when I was 13. At this point, I was the new kid in my 10th school, I didn’t have many friends but I always loved music so my mother's boyfriend showed me a few chords on his guitar and I was obsessed. It's funny how big my imagination was, I made a fake guitar out 4 sheets tapped together and drew on the frets and practiced finger placements until I could save up for a real one. I was struggling with making songs then I asked my mother why do all my songs suck She said "well you don’t have many friends and you haven’t created enough experiences outside of your bedroom" so I got the courage to start my first band. That’s when I met Adrian on YouTube playing a cover of Flo Rida's “Low” the drummer we had at the time couldn’t play and we had a big gig coming up and Adrian learned all my songs in a day and since that show, we’ve been inseparable ever since. We’ve gone through multiple band changes together until we landed as a duo.

Tell me about your song “Turn Back Now” what’s the story behind it?

Frank Cadillac: Over a year ago my mother went through chemotherapy and was the most positive person through the whole process it shocked me because she beat cancer with a smile on her face. She inspired me to write a song like this. Especially after touring my last album and hearing all our fan's stories of what they are going through. I wanted to make them feel better instantly and for me to do that I just look at what always made me feel better and try to incorporate it into our music. I started watching all these heroic movies I used to love as a kid and the phrase that came up most the time was “we came way too far to turn back now”. That was the theme of the song and it just wrote itself from there

Frank Cadillac: I’ve noticed a lot of things that are pushed to my eyes and ears have been negative for some reason lately. so I went back to my childhood. Start diving into the late 90s/early 2000s movies, TV shows and music that has made me who I am. it’s been greatly inspiring our next album we’re working towards.

How do you fuel your creativity, or get through writers block?

Frank Cadillac: I was taught a while ago to always learn something new whether it’s building a lego set or learning how to play a different style of music it helps free up the mind. Also creating new experiences is very important, my mom made that very clear to me from day one and it’s helped me so much.

Frank Cadillac: We had a great start as a band with a rockin’ single that charted pretty high for an independent band and that created so much confidence in us all for the good and the bad. I started making songs without paying attention to why everyone liked our first songs. I thought people would like everything I put out but I was wrong, shortly after I realized not every idea is great if you don’t understand who your audience is and how they take in your music. After a long day of work, our fans wanted us to inspire them and make them feel better about their day. Now I take my time to think about who’s listening to what I’m saying and how it will affect them. Songwriting has been a great experience ever since I learned that valuable lesson.

What advice would you give your younger self?

Frank Cadillac: My creativity comes from pain and not knowing where to go in life, I used to think I have to hold on to that feeling cause my identity will be gone and maybe I won’t want to make music anymore but I was wrong so wrong. If there was one thing I could tell myself it would be this beautiful message I saw a while ago that would help me and anyone reading this: “If someone treats you bad, just remember there is something wrong with them, not you. Normal people don’t go around destroying other people”

Any big plans for this year?

I have a new way of thinking now. I have these big dreams to headline festivals like rock am ring, reeding, and leads. I’ll put that energy out there and work smartly to achieve small goals that lead to something like that. But our big plans are to enjoy every moment, discover the world, eat good food, make undeniable songs that people will yell at the top of their lungs, make a live show that people will dream about when they go home because they just want to relive that experience, and most of all hang out with the friends and family that support us. Happiness is the only thing I’ll fight for.