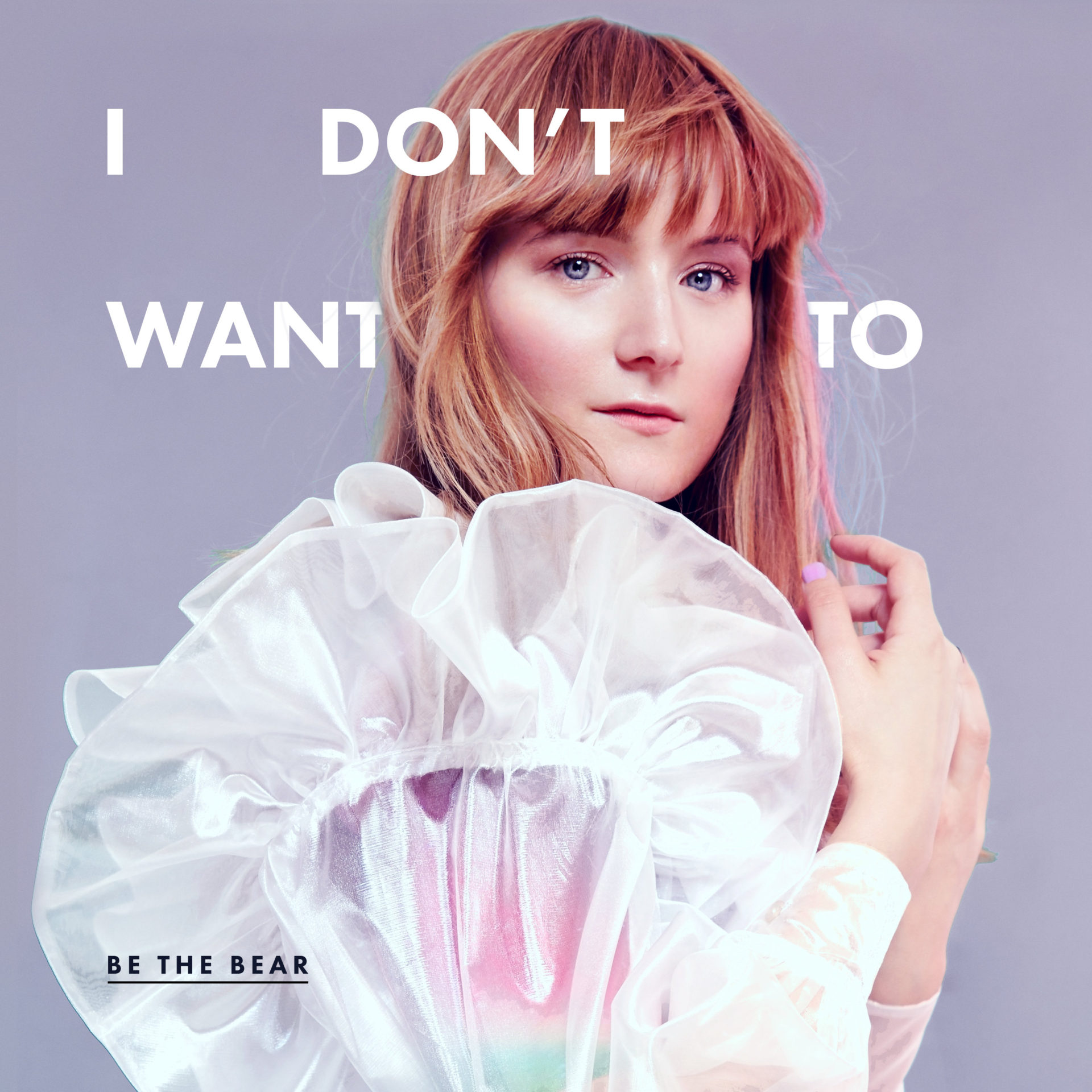 Swedish artist, Be The Bear, recently dropped her single, “I Don’t Want To.” The single is an anthem to just simply not giving in and doing something you don’t want to do-something I’m sure we can all relate to. She’s extremely cool and tells it like it is. You’re going to want to start adding her to your playlists because we already have!

I read that you're from Scandinavia. How did that influence your music?

Be The Bear: Scandinavia has dramatic seasonal changes, and there’s so much nature, just wilderness. So there’s no lack of inspiration. I spent a lot of time on my own when I was growing up, I always in the woods or by the sea or by a lake. I’d wade out to islands at low tide or walk on ice in the bay. My dad would get pretty angry when he couldn’t get hold of me at night, because he knew I was doing stupid things. Not like, drinking and hanging out with boys, just things like rock climbing at night with no rope. In the outdoors you can wander endlessly,  be as loud as you want, you can get lost in your thoughts and just be completely uninhibited. If you did that in the city you’d get locked up. That says a lot about the world. One of the earliest memories I have playing around at being a musician was looking out over this black waterline mirroring a starry sky, and I got goosebumps, I was scared but excited hearing the echo of my own voice bouncing back from the islands on the other side of the bay. I look for that kind of buzz in all the music I do, whether I’m doing dance tracks or Erupt with that 60 piece orchestra.

Tell me about your single, "I Don't Want To"

Be The Bear: Summers in Sweden are dreamlike. We can hardly believe it’s real when they finally arrive. It’s intense because a lot of people suffer from depression. After six months of darkness suddenly it turns abruptly and the sun stays up past midnight. I wrote ‘I Don’t Want To’ during the winter to make myself feel better. Not just the winter, but when you can hardly remember the good times, when life seems to stand still. I was waiting for a record deal to come through which in the end it didn’t, but as it turned out I ended up getting a better one. There is a lot of waiting and hoping and frustration in this industry. You are completely at the mercy of the people in power. You have to make things happen. A lot of the musicians I know have said the same thing, it’s known- it’s easy to forget that the most important thing is just the music - the creativity. But that really takes a beating in the business environment. Most musicians just really get sick of being told to be patient, or that there are certain things they can't do. A lot of female musicians I know say it’s because the industry just wants you to be an object. They don’t like working for you, you work for them. So I wrote this song in a burst of defiance. I was jumping up and down in my studio with my guitarist Philip Jansson, we were laughing and being silly, almost like laughing therapy. It’s quite a simple song, but that’s what I wanted it to be. Just a burst of happy, IDGAF pop.

Be The Bear: I listen to music all the time, I used to be a real album collector, but now I have OCD categorising songs into playlists on Spotify. Which makes it extra cool when you're own songs are on there. 'I Don’t Want To' just got featured on New Music Friday, on the first day! And Apple put it on their 'Best Of The Week' too, it’s crazy. One of my first albums was Debut by Björk, a friend of mine suggested it to me, she said she was pretty sure I would love it because it was too weird for her. She was right, I loved it. When I was in London I got really into the British indie scene. I had a plan to live in London permanently - convert an old Mini Cooper to an electric and only play Beatles-songs, but I ended up coming home to Sweden to start a studio and label. At the moment I keep going back to Tom Odell, Kishi Bashi, JFDR, Frank Ocean and Florence + the Machine.

Be The Bear: It usually starts with vocal improv, so melodies or lyrics just come to me and I try and grab them in the moment. My friends and the people I work with are used to it now, if I pick up the phone in a restaurant and start singing, or in the middle of a conversation, people get that I am recording a song idea on my phone and they will order for me.  If I’m at home, I will pick up my guitar or sit by my keyboard, quite often I will write the whole thing in one go but I develop the sound in the studio. That’s why I end up doing different genres. I run my vocals over different beats and electronics and just sit for hours in the studio, because I can because it’s my place. All my focus is on the vocal and the story.

Be The Bear: I’m releasing a couple more singles next, and I've been working on some exciting collaborations. Right now I am trying to be mindful and really just enjoy sharing my music.