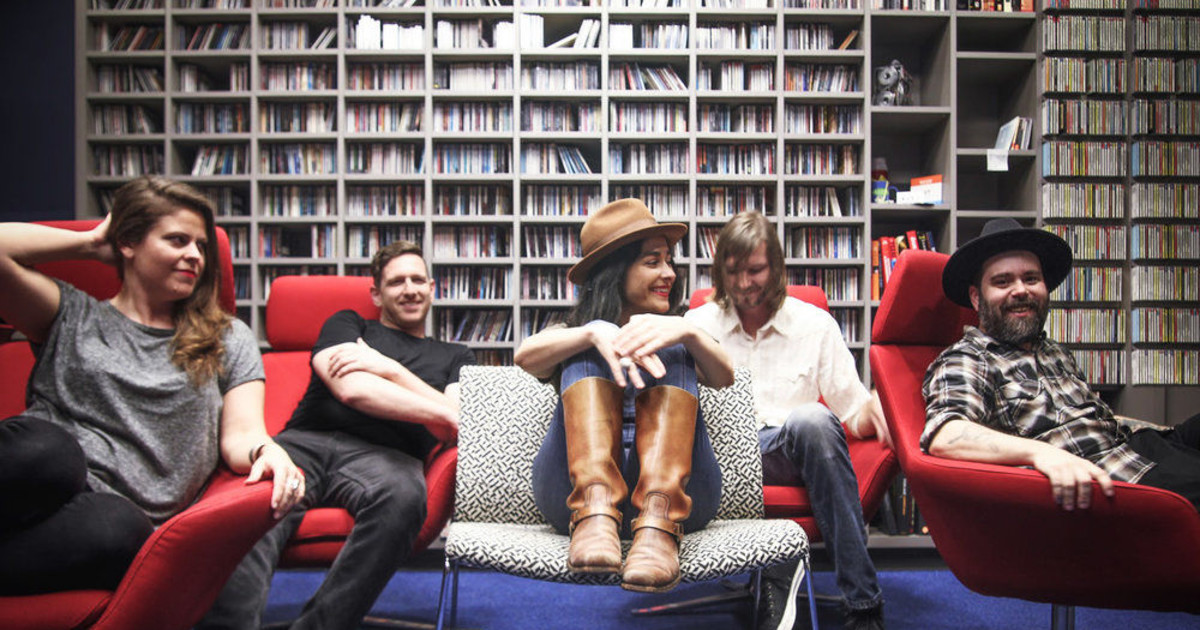 For the first 15 minutes of our discussion me and Sarah Castro talked about our difficulties with modern romance. This is just the kind of thing that makes Belcurve a fantastic band, it’s about being relatable.

When she’s writing songs it gives her a sense of therapy and helps her clear things in her mind. She says, “It’s always been something that’s helped me get through anything. Whatever it is that i’ve gone through in life it’s been there for me.”

Music has always been a big part of her life. She remembers going back and forth with it when she was a kid, deciding whether or not to pursue it.

She says, “It’s always been a weird thing for me, I remember being twelve and being so furious about it and thinking if I was going to do music or not. I would have these dreams, these musical dreams and I don’t know where they came from. It’s always been something that was haunting me. When I was 19 that’s when I fully decided.”

She ended up moving to San Francisco and getting in a band and then on to Los Angeles where she made friends with other artists. She started to develop her own style. “That’s when I really sharpened my teeth,” she says. Now, she’s made her home in Austin.

That’s not to say she hasn’t had her challenges, but hers are more of an internal struggle, dealing with competition and feeling the need to be better. “I do the comparing game which hurts myself,” she says. “I had this realization during [SXSW] watching other bands and how they worked, sometimes I question why they’re ahead of me and it’s hard to see how long it’s taken them to get there. At the same time it’s only been a couple of years since I made this decision.”

Belcurve’s new video is full of life and energy, but it’s a contradiction because the song is actually kind of sad. Sarah tells me that it all came together from fate, a friend who did documentaries and used to be a tour manager contacted her about working together.

She explains, “I sent him the song and we came up with this idea, and we filmed it after our EP release. I remember getting everything for the video and it was like wrangling cats but it was a fun video to do.”

Making the video was a big check on her list. She says it’s important to think about those small attainable goals and stay focused. “I don’t stop thinking about it,” she laughs, “It’s stressful. I wake up in the morning and recently I thought I could breathe and I think it’s going in the right direction. I wake up and think ‘what am I doing?’ there’s so many ways of failing but I don’t believe in failure only giving up.”

Her best piece of advice to young women is just to make it happen. She says, “Just fucking do it, don’t think to hard. one foot in front of the other. Look at things as a problem to solve and continue because there’s always a solution.”