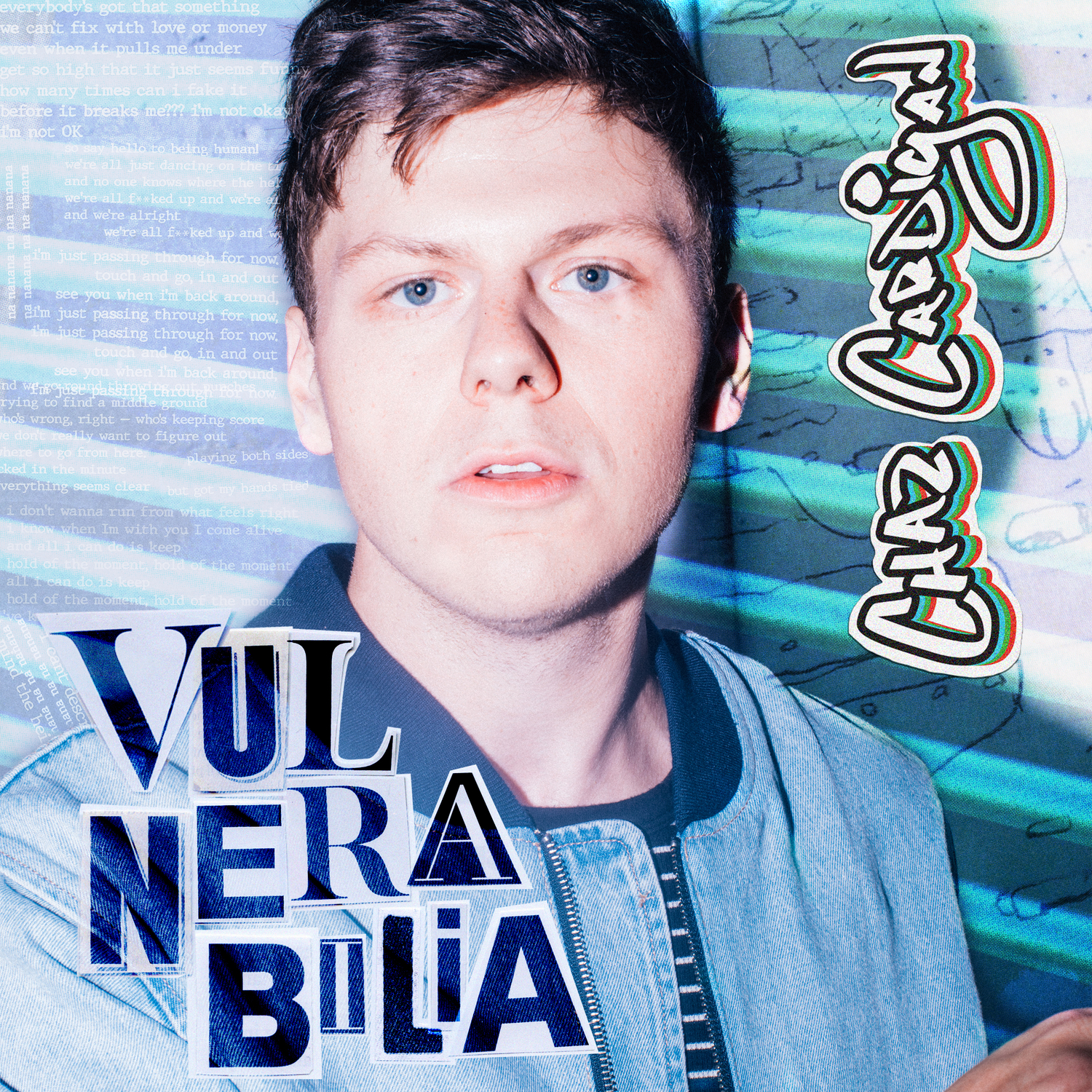 Happy EP release day to our newest favorite guy, Chaz! Chaz Cardigan is having quite the week - he’s appearing in the To All The Boys P.S. I Still Love You soundtrack as well as dropping his debut EP, Vulnerabilia.

We’re so excited to get the opportunity to sit down with him and talk to him about what’s to come.

Really digging "As I'll Ever Be." How did you draw inspiration for this for the To All The Boys Soundtrack?

Chaz: I’m glad you like it!  I wrote it a few months after visiting a monastery in Kentucky for the first time.  I was feeling really zen and felt like I was starting to be way more mindful every day, way more present — “As I’ll Ever Be” was sort of an attempt to bottle that.

The song found its way into the film by accident actually.  I wrote it as a piece for my EP, and I couldn’t find the right home for it for ages.  The film’s soundtrack supervisors heard the song by chance and asked me if I’d tweak it a bit to use in the film, and it sort of just happened.  It was super organic.

Tell me about the EP and how you came to build this collection of songs?

Chaz: I wrote most of it throughout 2018, in between the singles I released that year.  It’s wild, actually: as a Pop music scene started forming in Nashville, every writer in town that didn’t work on country music sort of got thrown under that umbrella.  My background is more rock and indie stuff, and I was suddenly working in rooms with electronic producers, which was a really cool creative period — I got some really cool songs from that year and I was just excited to put them out even if they were a little more electronic-sounding than I was really focusing on.

So everything that felt a little more immediate I put out as a single, and everything that felt more like a body of work I kept and worked on together.  Through ’18 I would test songs out by slipping them in and out of set lists at my shows, and the EP became whatever resonated the most on stage.

Can you tell me about the track “Being Human?”

Chaz: “Being Human” is super special to me.  That song is everything I believe. It sounds really stupid or lofty to say that, but it’s actually just my religious and political philosophy in a song.   I’m broken and better for it, no one knows for sure what life is or what’s going on, we’re all messed up, and we’re alright.

What does Vulnerabilia mean to you?

That said, I don’t want to fall into a trap of just writing about how anxious I am or how I’m a train wreck.  I hate when artists write those songs — that are honest for them at one time — and then keep exploiting or milking anxiety or self-hate as their only lyrical topic.  I’m not enlightened or anything, but I am way happier and healthier now than when I wrote the EP in 2018. I’m excited to share the songs, but also more excited to keep writing with my head and heart a little clearer.

What's next for you this year? What are you most excited about?

Chaz: I’ve got a lot of songs written and finished that I’ll be dropping through the year, and I’ll be visiting most of the US for the first time on tour.  It’s a lot of work I’m pretty stoked on.