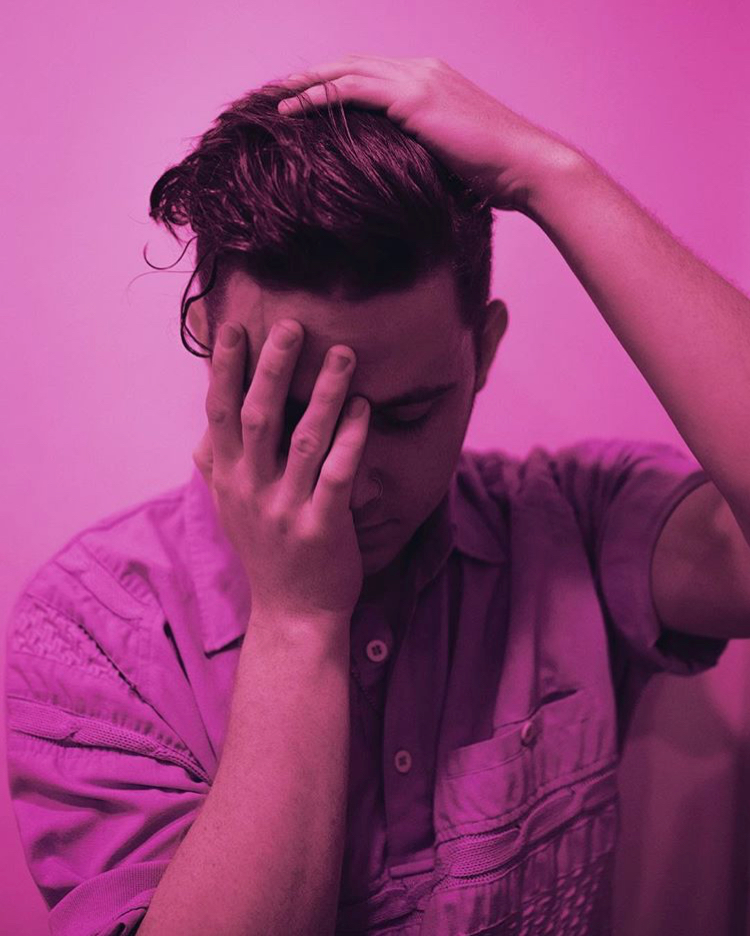 We love Joseph Luca's vibe. He just released his song "Full Time Lover" and we are just over here dancing along. What's even more impressive is that he played all of the instruments in the song. We talked to him about Prince, his inspirations, and obviously, the new song.

My mother used to play Sly and the Family Stone records, Stevie Wonder, and Prince around the house and had an old bass that she bought in the 70's just waiting for me. I started dancing in my early teens and developed a good sense of rhythm. When the high school band needed a bass player it only made sense for me to put my family heirloom to use. From there I started singing and writing my own songs and the rest was history.

Tell me about your song "Full Time Lover," what’s the story behind it?

Full Time Lover is a song about sexual chemistry and finding that one person that understands you both physically and emotionally. I'm in my first long term relationship and I can't see where it ends. That was the inspiration behind the song. This song is my commitment ring to her.

I’m the biggest Prince fan ever and I know you’re inspired by him. Do you have a favorite Prince moment?

Me too! Amongst many favorite Prince stories my all time favorite has to be when he sang "We Are The World" at the Grammy's into a lollipop because he didn't like the song.

You played all the instruments on the track!! Why was that important to you?

I truly have to believe every aspect of the music in order to write a great song on top of it. The beat, bassline, sonics, and chords of the song all have to be working in harmony for me to feel inspired to tell a story on top of the record.

What has been one of the biggest challenges you’ve faced in your career?

Finding my own identity and fighting for it. I've had a lot of opportunities come my way that would have forced me to sacrifice my integrity. There's nothing worse than being successful at not being yourself.

What’s the best piece of advice you have for young musicians?

Be yourself without compromise. The world doesn't need you to be something you're not. Also get ready to fail and fail and fail again. The answer to your success will be in your failures.