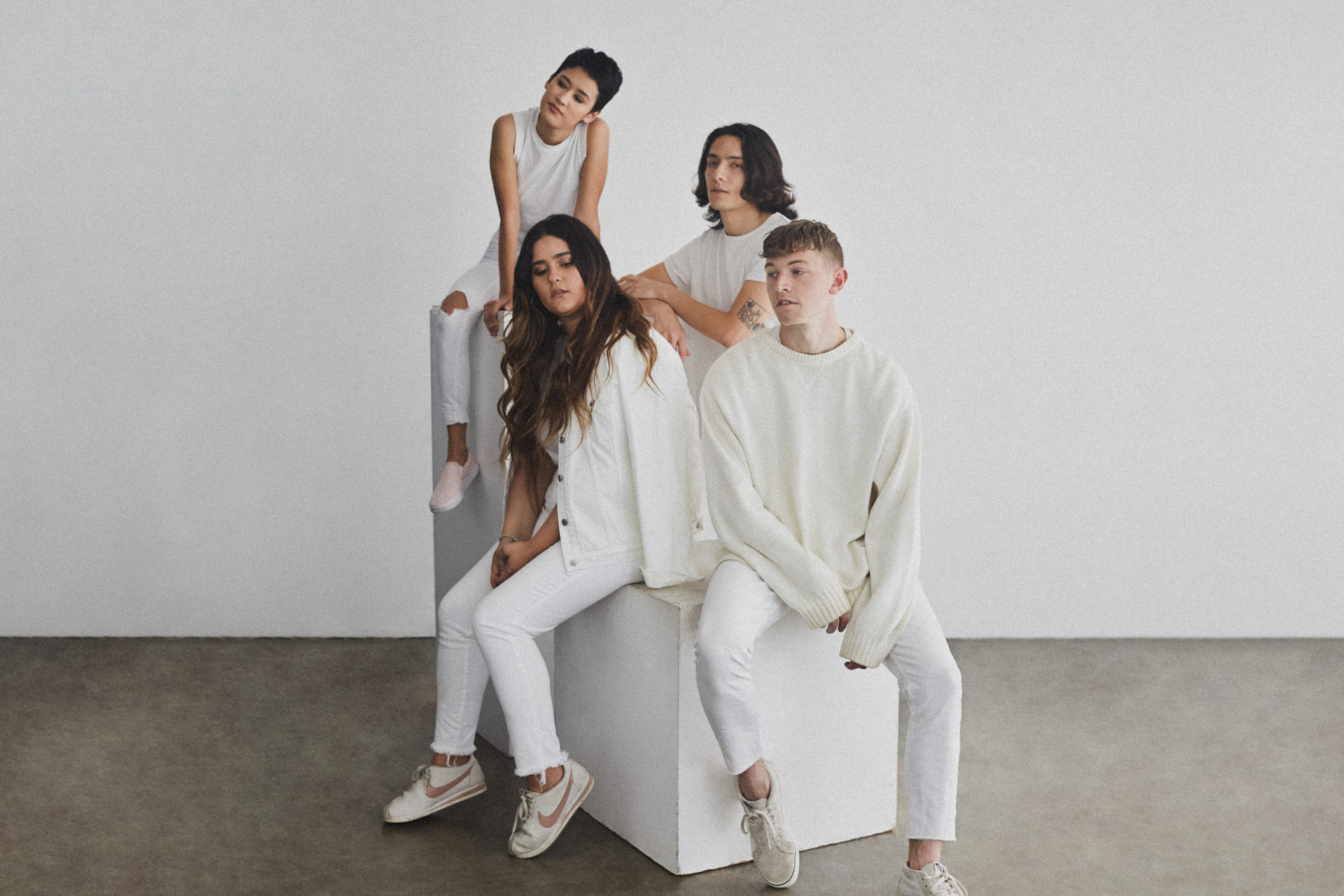 Laureline has this shimmering sound that's perfect for your pool days. Their new song is simply and boldly titled "I Love You" and the effortless vocals and catchy chorus have been stuck in my head since I first heard it. We chat with Chris and Ciera about the new song and their sparkling sound.

How did you guys meet? What’s the origin story?

Ciera and I met at a camp back when we were still teenagers in 2013. We always joked about starting a band together and would send each other music from time to time. About two years ago I wanted to start a new project where I could experiment with conceptual ideas and musical elements I hadn’t tried before. I sent her a demo and asked her to sing on it. When she sent it back I knew we had a project.

When we both graduated college in 2016 we started to collaborate and send each other musical ideas and then some writing emerged from that. We decided we should get some more friends together and actually be in a band!

Tell me about developing your sound, how did you know what direction you wanted to take?

I always joke that our sound is accidentally pop. Our writing styles are both very personal and it’s exciting to use the songs to work out our own questions about love, loss, fear and spirituality. I like the contrast of working it out through melodies and production that are accessible to people. We’ve purposely created a space in which we can dance or cry, yell or whisper; an attempt at a real human experience.

It’s actually super interesting how both our individual styles and sounds have developed since we started writing together! We started off with some musical ideas in various styles (inevitably, being that there were two voices/writers creating them!) and have been learning how to unify that sound and make it cohesive as a band! The combination of writing and developing it into actual instrumentation is supported, too, by every player in the band. It’s cool to see how those written parts translate into a functional, playable part. So over the past year, we realized we wanted to write music that was interesting and also true to our natural writing styles, so we’ve been writing in the vein of “indie pop”, which is broad but probably the best way to describe the sound we’re making!

Tell me about “I Love You” what’s the story behind the song?

Despite the pop exterior of I Love You, it feels like one of the more vulnerable songs we’ve written. I wanted to write a love song that felt genuine and honest for me at the time. When I started to write it became I Love You, which is certainly accessible but quietly painful as the line “I’ve been thinking about you” is the closest I could come to love at the time. The song also deals with dichotomy and the contrast of want and unwant; love and fear.

Chris sent me this music about a year and a half ago, with some melodies and lyrical ideas he had. We kind of just filled in the blanks from there and put it together! Chris wrote the main hook “I’ve been thinking about you,” and explained to me this idea of a person loving someone but not having the words or ability to articulate it, therefore it becomes something as simple, yet honest, as “I think about you”. I wanted to add to that theme in the second verse, emphasizing again these abilities to feel but, sometimes, inability to express something fully. Or even the inability to let oneself feel. I also like that this song’s musical context is upbeat and “pop”, while the lyrical context proposes some opposition to that!

What was the biggest challenge you faced in your music career?

I think the biggest challenge is creating something your can see and hear in your head. This is especially difficult with limited resources and time so it requires a myriad of creative solutions and collaborations to see your ideas come to life.

I’d almost say one of those biggest challenges for me was deciding whether I should pursue music or not, deciding whether I was “good enough” or if it was worthwhile pursuing, especially when you’re told it’s impractical. Thankfully, I have the most supportive family and friends, and my music professors in college were just as encouraging and supportive. For me, I only ever wanted to do music, and it didn’t seem like there was another option haha! But I wrestled (and still do) with this notion of “practicality” and what that consists of, and whether my writing or voice or music was unique or “talented enough.”

What’s the best piece of advice you have for young musicians?

Have the courage to really trust yourself. Go with your gut on things whether it’s writing or production or collaboration. And be uncompromising on that. If you hear something in your head make it come to life. Try to say the same thing lyrically as you are musically as you are visually. Be good to your audience because they are the reason you get to do this. Give them something real. Be vulnerable. Please, it could help someone.

In regards to those challenges I was talking about before, I would advise that young musicians hone their craft and use whatever is unique and interesting and truthful about them to really showcase their art/talent/music in the best way they can. Music is one of the greatest forms of expression and art, and it’s something that should be shared with others - so make sure to discipline yourselves in that and trust that the gifts you have are good, and meant to be shared!