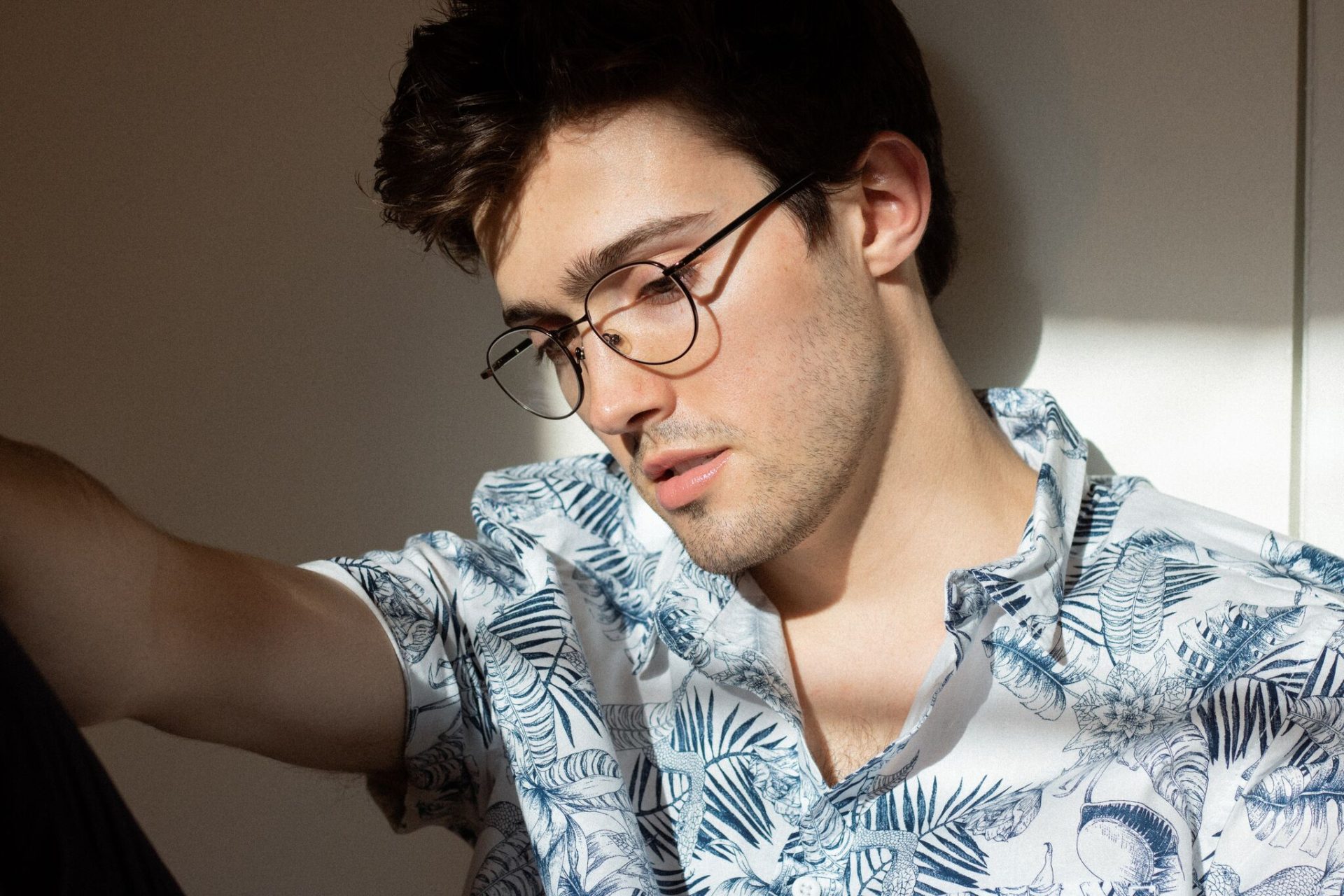 Trevor Douglas does the perfect job of blending 80s vibes with a modern sound. We talked to the up-and-coming artist about growing up in Dallas, dealing with anxiety, and his insanely catchy new song "Take This Back."

I’ve always been super into music. When I was young, like even before kindergarten, I knew I wanted to do music. So my mom decided to put me in violin lessons. As I got older I wanted to branch out so I started adding instruments. First the piano, then the guitar (then I dropped the guitar cause it was hard haha), then drums, then I picked the guitar back up. But then in like late middle school I started writing and performing, then eventually doing this as a career actually started to seem doable!

Tell me about your song Take This Back, what’s the story behind it?

So even though it’s called “Take This Back” it’s actually about wanting to take things to the next level haha! I was at a point in a relationship where things were feeling really serious. Then one night I was just doing that thing where you watch the future in your head, and I was thinking to myself, “I think I could spend my life with this girl…?” And then I started writing from that kind of emotion in my heart and this song came in to fruition.

You have a lot of 80s inspirations, what drew you to that era?

ITS JUST SO FUN!!!! The hooks are easy to remember, the songs are so catchy, they’re a little cheesy, and I just love it! The 80s is really where the pop music we love today got it’s start. It’s when the synthesizer become popular and that absolutely CHANGED music. It’s when the gated drums appeared that really cut through a mix. Just the sheer impact of this decade still reverberates through our music today. You hear gated drums and 80s style synths in so many pop tracks these days. This particular song was influenced a lot by I Wanna Dance With Somebody by Whitney Houston and Your Love by The Outfield. I love the synths and electronic cowbell in Whitney’s song and I was really drawn to The Outfield’s use of guitar in their song, specially the chorus and bridge.

You’re from Dallas!! I’m a Texas girl, what do you love most about being from Texas?

Well it’s home, so it’s just always going to have a special place in my heart. It’s where I got my start and fell in love with music. Playing gigs here in high school like twice a week while still trying to keep up good grades. I’ve made so many lasting friends here. And the weird thing about Texas is that no matter where you are, Texans tend to gravitate towards each other? It’s really weird! I cannot tell you the amount of friends I’ve made all over the US who I later found out were also from Texas. So actually, I’d say I love the people.

The music scene in Dallas is really underrated, have you had a lot of success in the scene?

Oh yeah! It’s probably my biggest fan and the one I know closest. I know so many of the names of my local fans and I recognize their faces. They have been so loyal and been to so many of my shows in this area.

What’s the biggest challenge you’ve faced in your career?

So far, overcoming my struggles with anxiety. And doesn’t come from getting on stage, that’s my favorite and honestly the easiest part. But the anxiety comes from the business side of it. Funding my music, having the time to work on it, I produce my own music so constantly wondering what I can do better. Cause like the music I put out is permanent. If I want to change something, I can’t. It’s too late, you know? And even though nothing will be perfect. It’s hard not to try. And that can cause me to have to push back deadlines so since I only present my best self and put out quality work. This is actually like the 3rd or so version of Take This Back that I produced. And even then, I spent weeks adding things to make sure it’s the best it could be.

What’s your best piece of advice for a young musician?

Just please don’t give up. Music is hard and very unforgiving. And it’s even more hard like me, if your self funded and produce your own music, and creatively direct your album, music videos, merch, etc. At times it feels impossible when you’re on your own, but you just gotta keep doing it no matter what if you want it to pay off. I cannot tell you how many nights I spent stressed out wondering how I was gonna do it all, but I genuinely think I’m better now because of it.