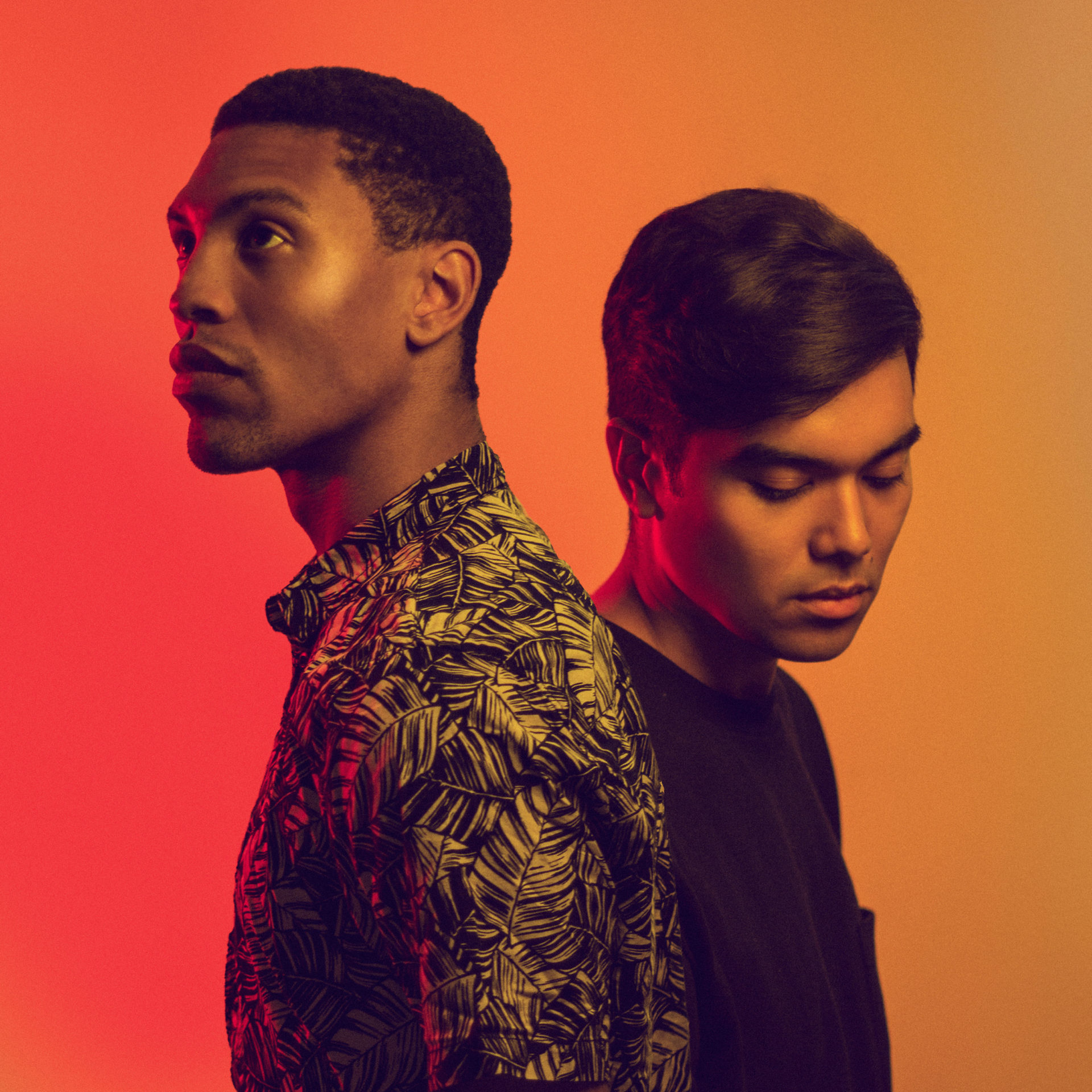 We are so excited to premiere the new Tropic video for "Over You" the subtle electronics and dreamy vibes are exactly what we needed today. We talked to them about their backstory and the inspo behind the art.

How did Tropic start?

Tropic: We heard each others music through a mutual friend and became instant fans of each other. We started chatting on Facebook messenger, which led to Jarel remixing Jo-B’s single. One song led to another and after finally meeting in person 4 months later (at Jarel’s birthday party) we discovered that, outside of music, we also got along really well. We both liked working with each other better than working alone and song after song Tropic was born.

Tell me about the “Over You” video, what’s the story behind it?

Tropic: "Over You" is a song wrought from the desperate attempt to mask the lingering feelings after a breakup. When we were deciding on which songs from our EP we wanted to adapt into music videos, "Over You" stood out because of its visceral nature and story-like lyric. With the music video, we wanted to visualize the dreamlike post-break up state and transcend the auditory experience with striking imagery and narrative, a feat we achieved through our collaboration with filmmaker and long time friend, Evan Carter, (Jarel’s best friend from college).

I loved your “September” cover. Why drew you to the song?

Tropic: Thanks!! After settling on a name we decided we wanted to do a series of covers ("September" being the first of a few). We both made a list of songs we’d most like to cover and "September" was on the top of both of ours. Earth, Wind and Fire is one of our top bands and biggest inspirations of all time so it seemed right to start there. It’s also the happiest song in the world and our EP was pretty melancholy so we figured we’d show a bit of range 😉

Jarel: The music scene is so fast now and my inspirations change so frequently but as of this moment (9/25/18 at 9:20am) I’m listening to alot of 6Lack, Majid Jordan, Brockhampton, Gabriel Garzon-Montano and ZHU. Also a handful of our friends are starting to get noticed for their music so that’s been so inspiring to see. Exciting times!

Jo-B: I’m a huge Mariah fan and she just released a single that I can’t get enough of. Her latest track samples one of my favourite songs from Porter Robinson’s debut album, and this colliding of two very different sides of my musical inspirations has been eye opening for me, a reminder that it’s never too late to reinvent yourself and to keep my mind open to ideas and collaborations that might seem unlikely or out of character, sometimes it can lead to something great!

What has been one of the biggest challenges you faced?

Jarel: Starting a new song is a big challenge every single time. There’s always a point in the song making process where you can see the rest of the song, almost like a stencil that you then have to fill in. The longer it takes to get to that point the more frustrating and debilitating it can be.

Jo-B: Finding my voice as a songwriter has always been a huge hurdle for me. I’ve been singing since before I could talk, it’s always come so naturally to me, but there was always a part of me that wanted to be writing the music I was performing. It’s taken me awhile to become confident in my songwriting but I still struggle with allowing myself to be open and not be afraid to write without fear of what other people will think. Also (as Jarel will attest to) it takes me forever to finish songs, so that is definitely a challenge I hope to overcome!

Jarel: Just keep going. Everyone I’ve seen that’s had real success as a musician has worked very hard for a long long time. Also don’t forget to have fun.

Jo-B: Don’t be afraid to take your time discovering your musical identity. It takes time to figure out who we are and it’s no different musically! Also, keep an open mind, and don’t be afraid to ask for help, be open to the possibility of working with other people. Sometimes all it takes is the right combination of minds to take separate ideas and turn them into something greater than the sum of its parts.