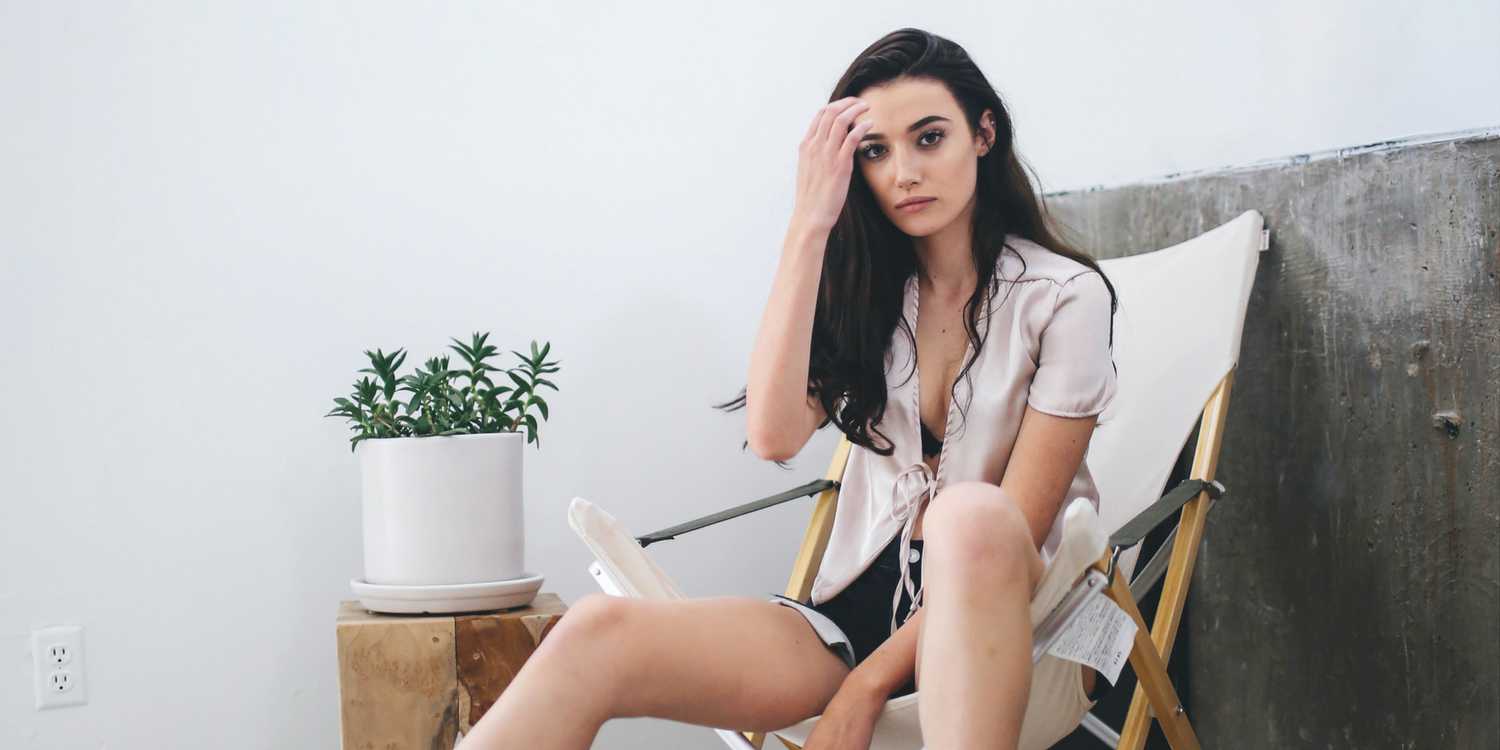 As soon as I heard Olivia’s sweet voice singing all-too-relatable lyrics I’ve been so curious about her. She’s been singing and writing songs since she was a kid and was self-taught. She started posting songs on SoundCloud just for fun. When gnash reached out to her on Twitter after she covered one of his songs, her life was completely changed. She sent him a voice-note of the start of “i hate u, i love u” and he invited her to L.A. to record.

Olivia says, “I wrote it almost two years ago about a boy I knew in high school, but I find myself relating to the situation over and over again as new people come in and out of my life.” It completely changed her life. Olivia is now writing and recording new songs with the goal of “creating music that people can identify with and enjoy.”

One thing that stands out about Olivia, is that she writes her own music. It’s actually a very rare thing to come across, and though she collaborates often, that authenticity in her lyrics shines through.

She says, “When I was younger I thought that every artist wrote their own songs. As I grew up and realized that that wasn’t the case, I was really disappointed. I felt like I was being lied to. That’s why my main focus when creating music is to be authentic and mean what I say. I write or co-write every single one of my songs and that will never change.”

It also makes her connection to her music very strong. Singing a song that you write is so personal, like reading your diary to an entire audience. That connection comes out in her voice. That’s the difference vocally when you hear someone performing their own work. You can sense when they’re truly feeling the words, because they’ve lived them. No one knows those words better. That’s something a lot of music lacks.

Olivia agrees with that sentiment. She says, “There are still a lot of real artists out there who make genuine and meaningful music that a lot of people love. My goal is to bring that kind of music back into the pop world.”

“i hate u, i love u” is only one song and it’s already garnered so much attention. She’s more diverse than that, and she’s not going to be pigeon-holed into one genre. Her new song “Root Beer Float” is quirky and fun, a far departure from her hit single but shows her lyrical progression.

She says, “I’ve been a big fan of blackbear for a long time and working with him was a dream come true. I had so much fun in the studio when we made this song… in fact, all of the laughs and clips of me talking were things I said to bear when I was in the booth that were recorded in between takes. Keeping those in added a certain realness that you can’t fake, which is part of what makes it such a fun song. I think it’s definitely different from what people were expecting of me, but it is a great combination of both my and blackbear’s music.”

She’s really been flung into the spotlight. With one hit single under her belt, a strong work ethic and a talent for songwriting, Olivia is on the fast-track. Her role models are Beyonce, Rihanna, and Kehlani. She loves the way the present themselves. They’re strong and confident. They embody everything Olivia wants to be, and what she wants to be to aspirational songwriters.

She says, “I used to be so afraid to show people my music because I thought I was too emotional… my advice now is to never be afraid to share your feelings and get deep. Chances are, most people have felt the same way you have at one point in their lives. Sometimes I find that people relate to things I thought only I had felt and it makes me feel so much better to know I am not alone.”

We can’t wait to see where she goes. Listen to her new song Root Beer Float: