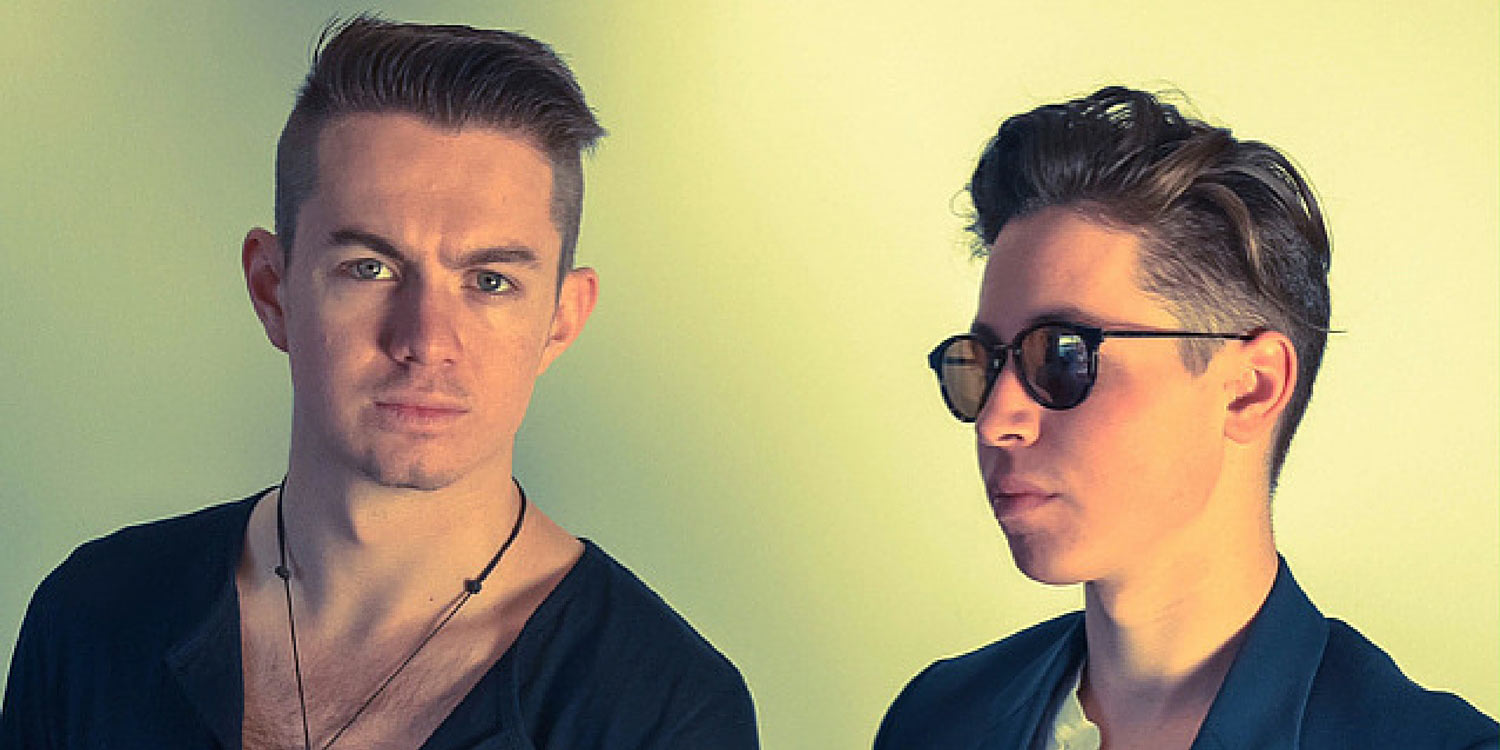 Strangers You Know had a packed tent at Coachella, they brought out an orchestra to help them perform their hit “Used” and after they danced around the stage and crowd-surfed, Adam looked at the audience and said, “This has been a dream to be here, we don’t even know what to say,” and he meant it. Adam and Grady met at Coachella years earlier.

Grady snuck into Coachella (he’s very vague on how) and that’s where he met Adam. He says, “If you haven’t noticed, I’m a pretty conversational person and I saw Adam with a group of chicks at Coachella and… actually I didn’t see Adam, I only saw the group of girls and Adam happened to be there. To delve into the group more effectively, I’m like ‘If i make friends with the guy maybe things will work out’ so I told him I was a musician and we fictitiously said ‘Yo let’s do things in the future’ and it was just concreted in Outside Lands.”

For a band that got started by meeting (sneaking) into festivals, it makes sense that they’re pounding the fest circuit this year. I saw them again at Hangout Fest with an early slot*. They played to a smaller crowd than at Coachella, but with the same amount of energy as they did in Coachella, this time with a basic-bitch inflatable swan named Chanice. That energy isn’t staged. I see bands at festivals that put on the same cookie-cutter show each time – I can finish the punchlines to their mid-set quips but these guys are honest. Grady even wandered out onto the stage early and said, “I can’t believe you’re here this early.” Their fans were DEDICATED. I met two girls that drove all the way from California just to see them.

Grady says, “At festivals, you’re one drop in a lake and if some people happen to swim through it’s pretty wicked. You don’t know whether they’re there as a stumble upon or they decided to see you instead of Gary Clark Jr. That’s what I was tripping on when we played Coachella. I was thinking ‘Oh my god all the people here are not seeing Gary Clark Jr. to see us that was pretty humbling.”

The style of music they created is hard to pin-point, but you can directly trace the folk and electronic influences. It’s soft and catchy. Loosen Up The Leash is their latest album. It’s about the ups and downs of casual relationships, getting in too deep emotionally and, the inevitable, someone getting hurt (preach guys, preach). The lyrics are honest and relatable, and I never relate to lyrics. They always seem too romanticised, but there’s lines that will just hit you. Grady sings, “I’m always straight with you, I wonder why you’re hiding from the truth, cause I can always tell so I can’t help from feeling used.” Equally as ear-wormy are “Tied” and “Middle”, but one of my standouts is “Tell Me I’m Alright” that perfectly recounts those sleepless nights not knowing where you stand with someone.

Grady says their music is made by, “A lot of fussing and fighting and throwing things. It’s like the creation of a planet. It’s violent and intense at first. The dust settles and there’s something new. We came from two such different places that the sound of this was like an amalgamation of mercury and hydrogen – it was an explosion of magic. I think when you get two really distinct things you make something new.”

Grady and Adam are those two really distinct things. Adam is from the analog club, with a love for folk and Americana, while Grady is more on the electronic side. I love the idea of two people with completely different musical mindsets teaching each other about their favorite sounds.

Adam says, “That’s the kind of the dichotomy that works between us in terms of music. I’m very much from the analog school. Where I’ve come to accept electronic music and even learned to produce with it. I think it depends on the core of the song and the artist because electronic music can be super artistic and cutting-edge, and next level and what’s new. And at the same time I’ve heard very repetitive, very bad electronic music where I say ‘this is not creative…this has been done a million times’.”

Grady responds, “It’s about familiarity and being open-minded…when you’re kind of standing back it’s hard to appreciate all the intricacies that go into something. Adam opened me up to country music and Americana. I kind of always thought it was ‘give your dog a bone’ type stuff, but it’s really soulful music, and it just takes getting familiarized with it.”

People can jump to conclusions when they think “electronic”. It really has opened up a lot of possibilities for musicians. Strangers You Know make an art of incorporating both electronic sounds and their instruments. During a live-performance it’s pretty amazing to watch Adam run around the stage playing drums, guitar, and a thousand instruments. It’s that talent and innovation that sets them apart. Their ability to use technology with classic instrumentation.

Grady says, “We’re not revolutionaries. We’re not here with a big political message. Music is about a collective feeling. That’s what it is for me. That’s what I connect with the most. When I hear a song and think ‘damn I wish I’d written that because that’s exactly what I wanted to say’ that’s what people connect with. The message is: I’ve been there, I’m there for you.”

*Ed note: Grady actually approached me and asked me to go to his show at Hangout Fest and I found it really endearing. I love that bands big enough to play festivals will ask someone to go to their show, they had been on my lineup since i saw them months before.