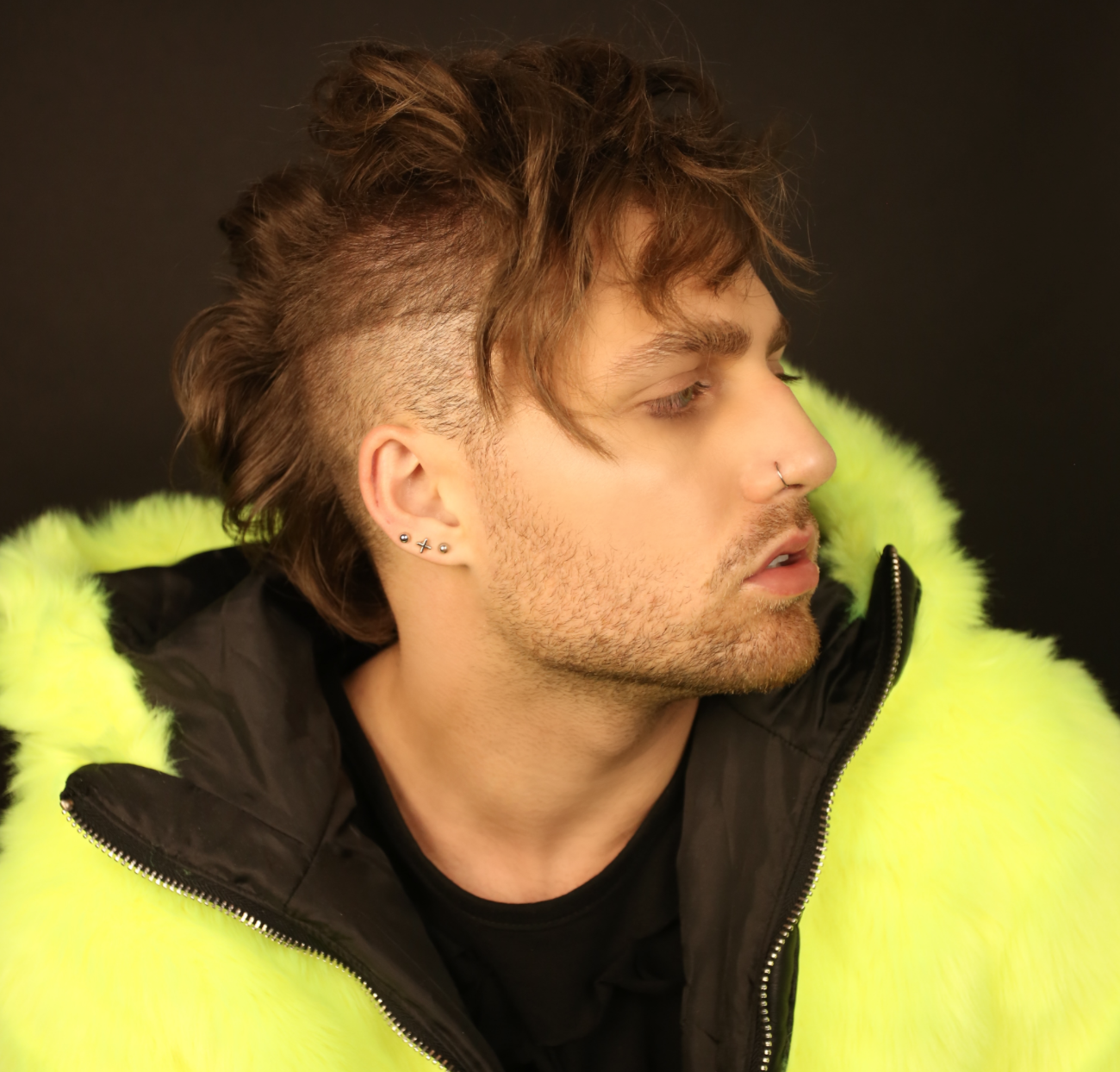 Rilan is the anti-social socialite and dark pop star we've been waiting for, he's not an influencer, he's not here for the gram, he just wants to make edgy music that challenges the status quo.

Rilan: Growing up in New Orleans it was a super musical artsy city in the middle of the deep south; it’s the little artist's haven in the south. My parents were always taking me to the french quarter on the weekends. There are a lot of different musical genres, cajun, hip-hop, country. I started doing theater, I was always singing on the table, and my parents probably got tired of me doing that. It was a way of me combating my social shyness. As I got older, I realized I didn’t want to play a part anymore. I wanted to be myself and sing what I wanted to sing. I went back to the piano and for an hour one day, I realized I had written a song. It just kind of stuck. I was writing for years in my head and fought with the family for a long time because they wanted me to go to college, so I reluctantly went to college in Nashville at Belmont. I ended up dropping out and going to LA.

So you’ve moved to LA and what is your first step.

Rilan: I had been working with some people before, this guy who was an engineer looking to get into production and he believed in me and I would work with him and a co-writer, Naz Tokio, another songwriter. I was also a dancer so I would be doing conventions in Los Angeles. I had been here so many times and only saw the inside of studios. When I first moved here I thought it was going to be an amalgamation of artists, but in reality, there wasn’t a lot of artists here at all. There was a lot of social media and fashionistas here which is not what I thought. For a record label to look at you, you need a following, and you need to be famous before people pay attention. The way I combat that is by making fun of it. I want to be a misfit kid and try to make music that means something that’s still pop. Pop music for unpopular people.

I love that! Pop music gets such a bad reputation.

Rilan: My definition of pop music is like 80s pop. I grew up with Britney Spears and Boy Bands and they’re amazing but I grew up more on my parent’s music so a lot of Prince, David Bowie, Cher, George Michael, these eclectic people that made pop because it was melodic and catchy but they had these different perspectives and knew how to push those buttons. I like conceptual pop; it has a point to it. I want to be an anti-socialite, I have to shmooze and talk but I’m going to do it my own way. My music is energetic and danceable and it’s not really a vibe...it’s an explosion. Chill isn’t really my thing, I’m into like crazy costumes and pyrotechnics and dancers. I want to offer an alternative to what is popular right now; things are getting boring.

So tell me about “Love or Drugs.”

Rilan: My little anti-social creed about not being invited to those parties, I wasn’t a cool kid growing up so I wasn’t invited to these drinking parties, and I’m doing the same thing in LA. I was 19 and I didn’t have a fake ID, so I had to try to find friends in this weird world. I went through a couple of different groups. I found out what I thought was cool and what they thought was cool was different. I’m throwing my own party and in my mind, it would be like an underground club in the 80s.

Tell me about the aesthetic of the video.

Rilan: The video is what I wish parties looked like and making fun of drug culture...the things people think are rock n' roll without being rock n' roll. I’m not going to reprimand people’s behavior, but drugs have never really done it for me, people like the fanfare with being a rockstar instead of the mentality. It’s over-the-top and outrageous and pills are flying and people are making out everywhere.

What's been your biggest challenge?

Rilan: It’s definitely been a combination of listening to advice and sticking to my guns. I’ve been through different management and different people and everyone has an opinion. You need to realize what’s going to be helpful and what’s taking away from who you are. If I don’t feel it inside and I can’t achieve what someone wants without changing myself. The older I get the more I realize what I did on the piano at 13 was closer to what I want than what people tell me to do. That’s the most important part is to be authentic. That’s just my goal, to be myself. There are a lot of kids out there that are like me growing up that never had a clique or a group of friends, it’s important to give that back to them. It’s cool to be uncool, what makes you weird and different makes you interesting.

What do you have coming up for us this year?

Rilan: I have another single coming out and an EP over the summer which I’m super excited to show you guys. I think it’s really interesting. I think people want a spectacle because they’re missing it right now. Like when Lady Gaga stepped on the scene, people didn’t know what they were missing, she was a showman, it’s an experience more than a vibe. It’s more of a get-up and dance. Be a badass. I’ll be performing some shows across the country and meet other weirdos.