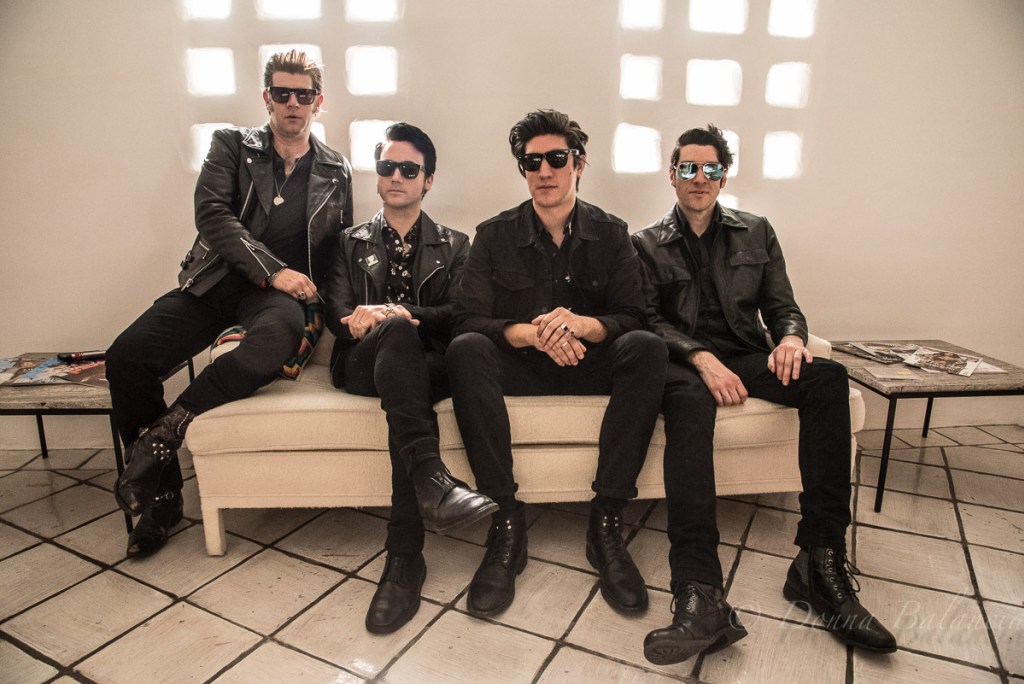 Prima Donna has a sound that’s so distinctive. I talked to Kevin about how they came together and how the music tides are always shifting back to rock.

Kevin says they started the band out of a solid friendship. He says, “I really wanted to have a cool rock and roll band that just highlighted just all the cool stuff from every era. There was just this one summer that we were hanging out a lot, and I had these songs, and David's parents had a garage that he had his drums set up in, and I convinced them to go try out these songs, and it was just magic.”

It's hard to believe now, but there weren't a lot of contemporary rock bands. There were a lot of-- we were always getting paired with hard rock. Now there's this crazy, underground garage rock explosion. And all these bands and surf rock and garage rock and everything. It was a weird period, and there weren't a lot of bands to play with, so we'd get booked with metal bands and mostly punk bands, which-- that always worked because we grew up on punk rock, so we were always able to hang with those crowds, but the metal crowds, that didn't always work so well. Although we love metal, but you know.

He tells me that their sound hasn’t always been trendy, but that’s what’s good about it. Even when people start saying that the genre of rock n’ roll is fading, music is cyclical and it’ll always come back around in some form. Kevin says, “It happens every decade or maybe it's every two decades, but things start getting really safe and sterile. And then there's just this inevitable pushback.And I think there's all of these kids-- it's crazy. There's all of these kids that are into, basically, cool, trashy-sounding things. They don't want it to sound perfect.  I think everyone's like, "You know what? Everything's just a little too clean," at least in pop culture. Politics are really dirty right now. It could have something to do with that too. It probably has a lot to do with that, actually.”

They just released their album S/T and while the songs covers a lot of themes, it focuses a lot on the current political climate,  the rest are personal. He explains, “There's this song Vulture Culture. And Automatic, I kind of spell that out. And then it's a lot of songs-- I'm always dealing with-- I mean, we're human. So I'm always dealing with fallout relationships stuff, not necessarily love, but friendships and things that deteriorate. Those things I’m always writing about because I'm constantly going through it, and it's fascinating.”

His best piece of advice for young musicians is to keep going and be persistent. He says, “You just can't give up. You're going to hear countless nos. You just need one yes, that sort of thing. And just have really thick skin, especially since everything's on the Internet. It just seems like no one has anything nice to say anymore, sometimes. And you really have to ignore that stuff. I just think just definitely, grow some thick skin and just don't give up.”