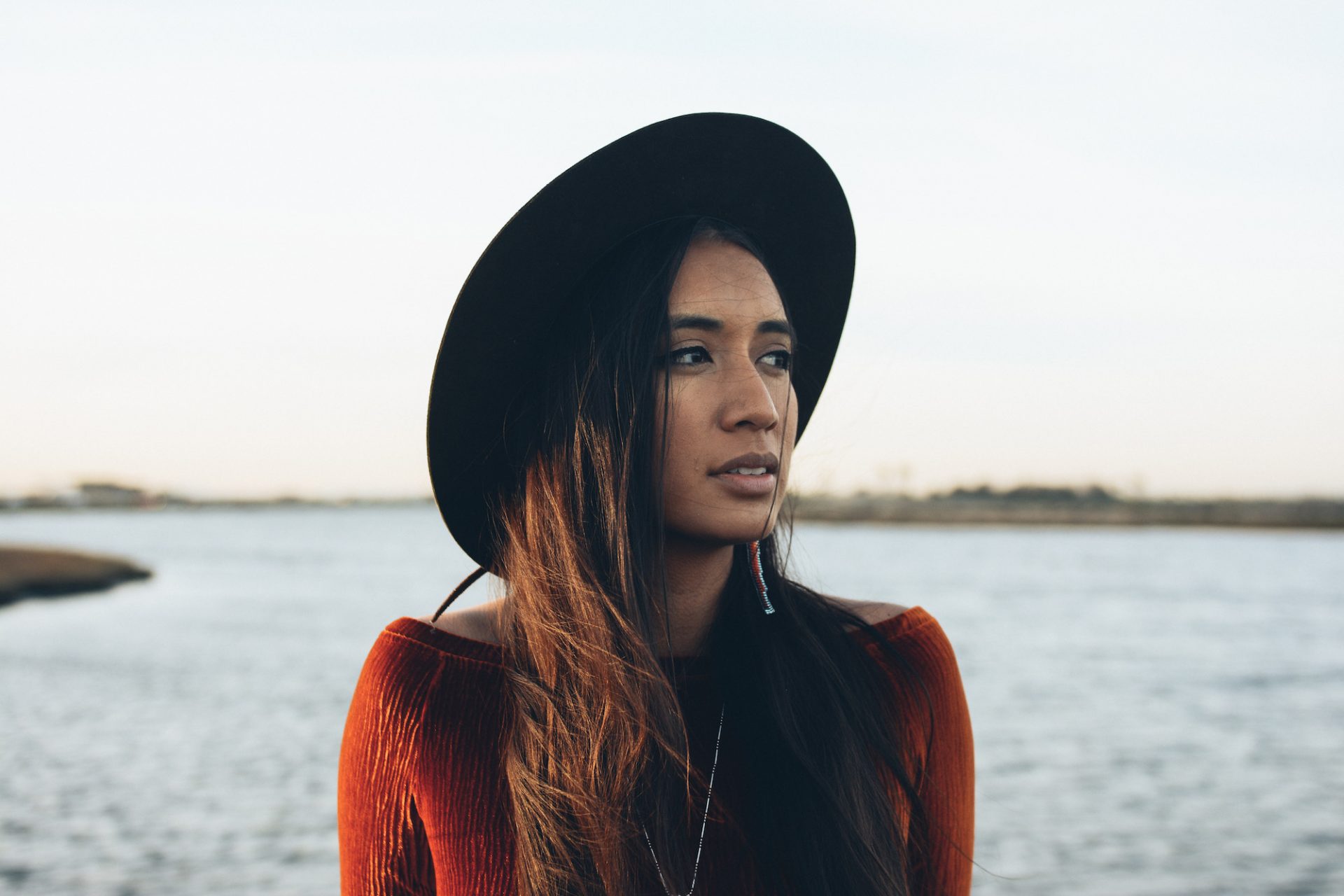 Multicultural artist and activist Raye Zaragoza is forging a path for herself within an industry in desperate need of new voices. The singer/songwriter has a lot to say, and her songs are her chosen medium to sharing her message with the world. With her recent release of the single, “The It Girl”, we get a closer look at the folk songstress.

First of all, I would like to say I am a huge fan of the song, “The It Girl”, it flawlessly encapsulates the unfair and unjust standards set for women in our Western society; standards which are only attainable for a very specific group of young women.

Raye: Ah, thank you so much! That means a lot. It really feels like a song that exposes a lot of my insecurities and I’m glad folks are taking to it and relating to it.

How did you start singing and songwriting? Was this a passion growing up, or a more recent venture? How did your start within the industry come to be?

Raye: I’ve been singing since I was a little kid, but didn’t start writing my own songs until my late teens. My first gig was at the North Hollywood Farmer’s Market in 2012. I was so nervous, I didn’t sleep the night before! Once I started writing songs and playing live, I just became obsessed. I loved it so much and never looked back. That first gig was followed by four years of playing gigs and waiting tables/tending bar in both LA and New York. And I have been a full time singer-songwriter since 2016.

You seem to so effortlessly and flawlessly incorporate huge elements of social justice issues and truth within your music. Art and activism come hand in hand. How do you feel the music industry could, or rather, should change to showcase music with messages of justice and equality over much of the music that we hear through our radio speakers?

Raye: I really would love to see the day that music with a message isn’t labeled as “protest music” or “social justice music” — just “music!” But it’s definitely happening slowly but surely. I also hope the media brings BIPOC artists in general more to the forefront. It’s time to hear diverse stories in mainstream music.

How has this very industry both aided and halted your efforts to highlight said topics?

Raye: I’ve been labeled as a “protest songwriter” for years, and that’s both helped and hurt me, I think. It’s helped as it’s brought niche interest to the music I write, but also has put me in a box. Even calling my music "activist music" is funny to me, because I’m really just telling stories of my life. The experience of a woman of color is inherently a politicized experience, so I guess that’s why my songs are oftentimes seen as political. I hope that as I grow as an artist, my music will continue to be more welcome in mainstream media and radio!

“The It Girl” focuses on Western society’s standardization of white, blonde, blue-eyed beauty, which only accounts for a very small portion of our society. Most of the heroines or princesses shown on the screen fit the It Girl standard. There is an intense and dire need for representation in the media. Thankfully, there seems to have hopefully been an awakening in light of our current climate. How has this change been for you and your music? Do you feel that social media, in times such as these, helps promote diversity and representation? Or does the toxicity of creating a perfectly curated image hinder that?

Raye: We are going through an important awakening that is long overdue. Diversity feels like it’s finally being taken seriously. I think social media is important right now, as it brings to light stories that are not shown in the media. We all get to be our own broadcasters, and we have so much information at our fingertips. I am  grateful to be making music in this time because I know being a brown female folk singer was only more difficult in the past. I always try to be as authentic as possible with the way I present myself on social media to stay away from the toxicity of the polished Instagram image that can be harmful — which is also what “The It Girl” is about!

How has our political climate changed the way you write your songs? Do you feel there is a more urgent need for artists and musicians to exhibit activism in their craft?

Raye: The world around me is constantly influencing my writing — so, yes for sure. I just can’t look away from injustice, and all I can do is write about it. I think that there is always a need for activism, especially from artists because they can inspire their audience to take action as well.

What more can we expect from you within the industry? Do you have any more upcoming projects and ventures for us to look forward to?

Raye: I have a new record coming out later this year that I’m very excited about! I also have a new podcast called the Create Well Podcast where painter Erica Elan & I talk about the intersection of creativity, wellness, and entrepreneurship. Lots of exciting things on the horizon!

Check out Raye’s song The It Girl and her new endeavor, the Create Well Podcast. Also, keep your eyes peeled for her new record coming out later this year. Raye is using her background and experiences to write meaningful music, and to cement herself as a growing force within the industry.