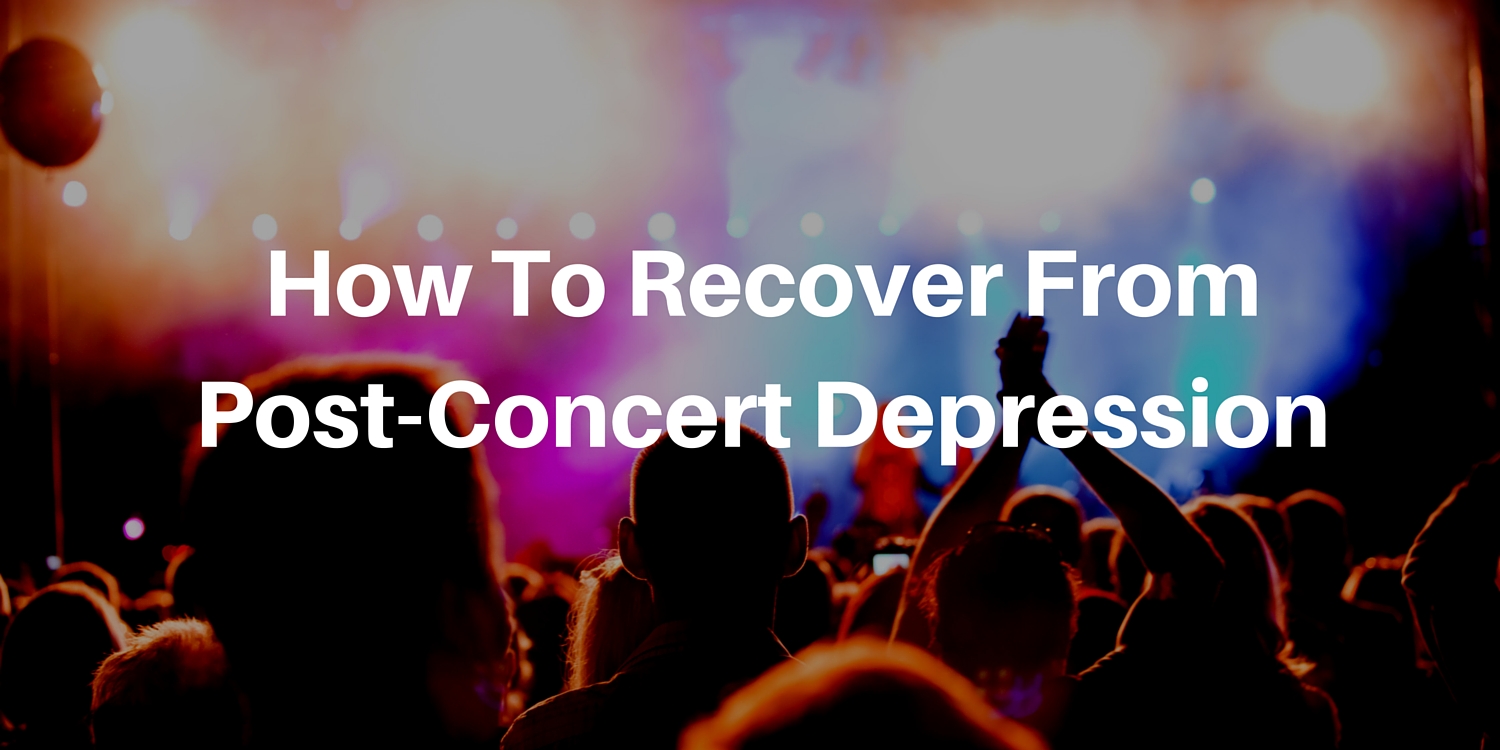 Guys, post concert depression is real. You know the feeling. You’ve spent all the time looking forward to the show. You waited in line. You talked to fans. Then you cram into a tiny venue and rock out with like-minded people. Then as soon as the band leaves the stage you are left with this sadness. They’re gone and you’ll never see them again until next year. It’s like falling in love over and over again only to be broken up with at the end of the night. It’s sad and upsetting and you never feel like you fully enjoyed the moment. This happens to me frequently so I’ve come up with a few tips to recover quickly.

Don’t listen to that artist for a while

You know when you break up with someone, you can’t reminisce on the event yet, you have to get over your grieving period? That’s the same thing here. Whenever I go to a Jack White concert I don’t listen to Jack White until I’ve recovered. It’s sad but it just has to be. So listen to other music, preferably in a completely different genre. No influences, you don’t want memories yet. I also try not to talk too much about the concert. I give short details. I don’t want to annoy my friends with the drama yet, you can talk about it when you feel okay to talk about it.

Focus on the positives

You got to see an awesome band live! Thats amazing. You can brag on that forever. Some people go their whole lives without ever seeing their favorite bands. Plus, hopefully they will go on tour again and you’ll be reunited. If you’ve had enough distance make sure your follow them on social media, trust me, if they favorite your tweet it’s like you’re basically best friends. Also follow fan accounts. They can be super fun. Just don’t follow too many or you’ll look like a creep. One night after a couple of wines I followed like five Jack White Instagram accounts. No regrets. Those people are my friends now and they understand me like not a lot of even my closest friends do.

Book the next show

Like Jay-Z says “on to the next one,” it’s time for you to move on. There are so many awesome shows to go to. You never know when you’ll meet the next band in your life. They could be an opener or maybe your friend’s favorite band. There are so many bands. Go out and start fresh.

Next time you go to a concert be fully present

I know that sounds weird but sometimes with all the stress of concert going it can seem like you’re running through the motions. So next time you go to a show go through all the steps. Get pumped for the show by listening to the band’s album, fully enjoy the performance, and fully appreciate being there. If you enjoy the moment to the fullest it won’t be such a hard let down. Also try to enjoy more local bands, they play more shows in the area and you can see them more often.