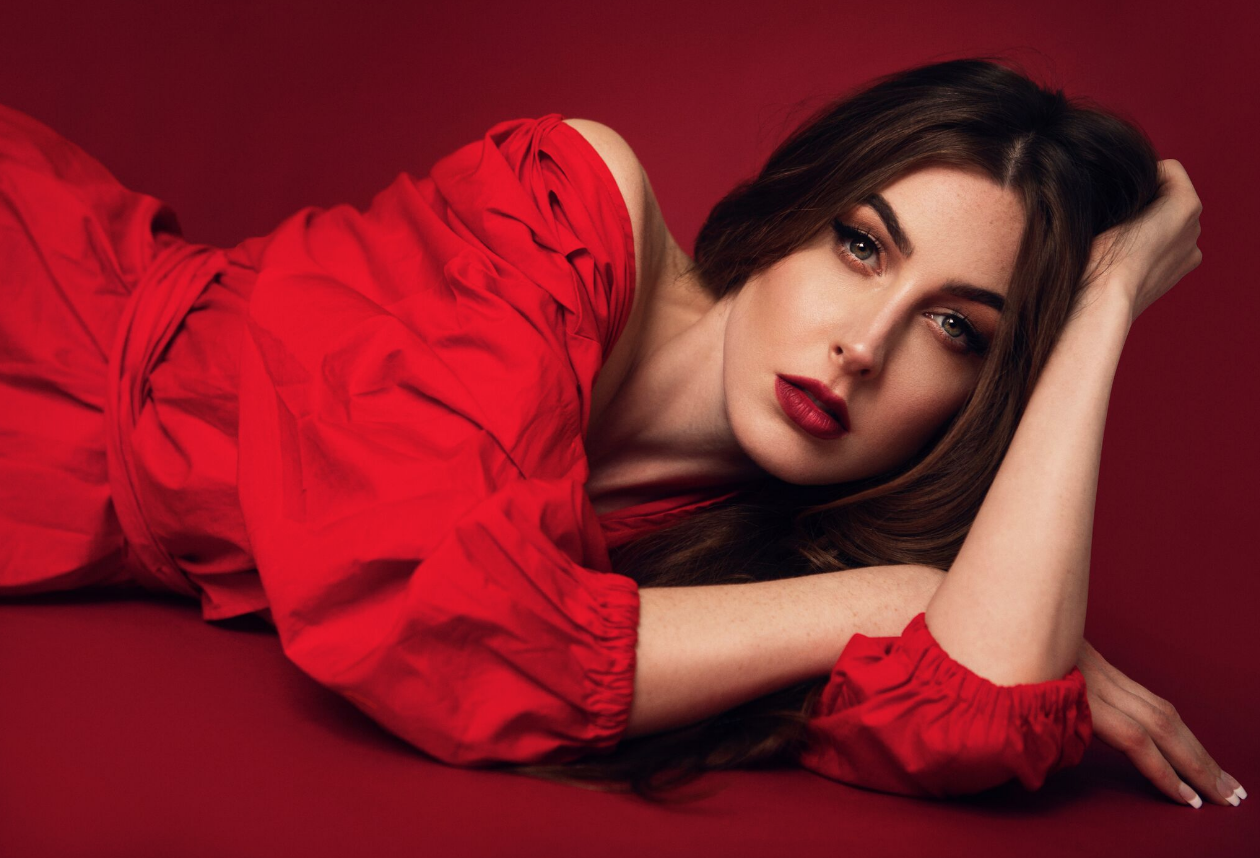 I love music about heartbreak, it's so relatable and it's so important to work through those emotions in a healthy way. Canadian artist ROYAL does that in her latest project Heart of Shadows. I talked to her about dealing with intense emotions, getting personal, and being vulnerable.

So let's start with how you got started in music.

ROYAL: Well, music's always been a huge part of my family. My parents were always playing music, so I just kind of caught the music bug by listening to all of it. Then I started just jamming with my family at family reunions and started songwriting to deal with my emotions because I was a really shy kid growing up. It was my way of communicating with the world. I slowly got into it through that, and then I started participating at local open mic nights in my hometown. And from there my family and friends just encouraged me to keep playing, and then I got the opportunity to record and the rest is history.

ROYAL: It actually happened by fluke. I was at a family reunion in Saskatchewan, in the smallest town ever. A producer happened to see me perform and he invited me to Toronto. At first, I was like, "Oh, there's no way this is going to happen. This is too good to be true." But I ended up going to Toronto and recorded an album, and I thought, "Well, I guess I need to do something with this now."

And tell me about your new album. What's kind of the story behind it?

ROYAL: Heart of Shadows is a collection of songs that touch on experiences that I've had in my life over the last few years. It’s about a relationship that ended that broke me. I was heartbroken after that, but then I also realized that I had lost my identity through that relationship and previous ones. So there was the struggle of leaving someone I loved and also realizing that I didn't know who I was anymore. It set me on a road to self-discovery and then “The Hunter” is a story about a woman fleeing from a toxic relationship. Each story is personal and sort of once you listen to all the songs, it tells the story of the album.

Do you have a particular song that's hard for you to perform live? Is there one that's like, "This is just so personal?"

ROYAL: Yeah. “Level” is really hard. I often get pretty choked up when I'm singing that one. I'm not acting on stage. I'm really feeling those emotions all over again. It's just that it's overwhelming sometimes, but it's also beautiful because I'm not just up there by myself. I'm experiencing that with everyone in the audience and it just sort of makes it more of a beautiful experience.

A lot of your songs are about heartbreak. What's kind of your best piece of advice for getting over heartbreak and when you have your heart broken?

ROYAL: I'd say my best advice would be to surround yourself with people you love and go out there and start enjoying life again. Time alone is good to process what you're going through, but I think the most important thing is to surround yourself with people who love you, and you can kind of support each other through that, and they can support you. Also finding new love, for me it was getting into different music opportunities around the city. That kind of takes over and challenges you in new ways and sort of helps you move on from the heartbreak.

What else has been inspiring you lately? Anything outside of music?

ROYAL: I started watching a lot of old Audrey Hepburn movies. I love that cinematic style that they have. I find it so enchanting. When I started writing “Reminisce,” with all the strings, I kind of drew from that inspiration. When I hear the track off of a film or a show that's really string-heavy and cinematic, it just takes hold of me. It puts me under a spell, and I just get really inspired by it.

ROYAL: I guess they're about the same. I would say stop worrying about everyone else and focus on you. If you're happy doing what you're doing, keep going for it. Just be you and try to avoid feeling all the pressures from the outside world because at the end of the day when you look back on your life, you're not really going to focus too much on what everyone else thought of you, you're going to focus on what made you happy. So just do you and be happy.

Do you think sometimes it's hard to be happy when you're also facing like, "Oh, I want to be successful."

ROYAL: Oh, definitely. It's challenging because you're constantly putting yourself out there and working towards something that you don't always get a lot of benefit from that. It's a lot of work, and it's a lot of emotional strain and blood, sweat, and tears. But I think you also need to find appreciation in that because for every goal that you obtain, you can feel really good about it because you know that you've worked so hard for it. And it just makes it that much more precious.

And what would kind of you define happiness for yourself?

ROYAL: Happiness is just being happy and content with who I am, and where I am, and what I'm doing. One thing I learned is not to gain all your happiness from a relationship with another person. I try to find happiness within me by staying true to myself and doing everything I love. Being involved in the arts and just appreciating all of my experiences. And giving myself some patience and not being too hard on myself. Because we're always very hard on ourselves, right?