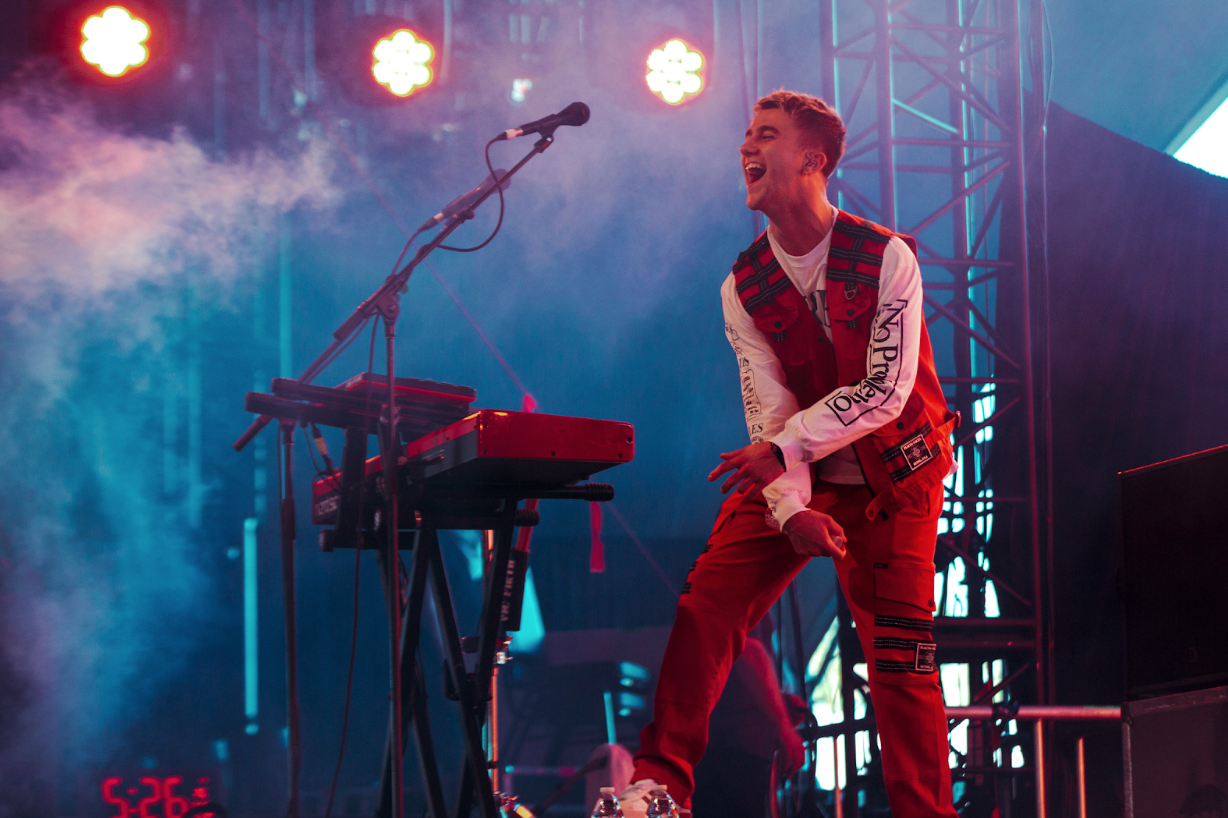 SG Lewis was one of the coolest people I met at Coachella last month. It could help that his name is also Sam, but his personality was just gravitating. You could tell that he just loved to have fun and wasn’t afraid to share his music with anyone.

Seriously, he joked to Billboard last month about crashing parties with his USB (which mind you is always attached to his keychain that he keeps on him at all times) and sharing his music with the world. “I tried, but it didn’t work out,” he jokes. “But I did play to a house party of 10 of my friends so there’s always next year!”

Coming off a successful weekend 1 performance, he premiered a song with Ruel on the second weekend. He says, “RUEL is insane. He’s one of the most talented people that I’ve met. When I was his age, I just sat in my box, and to watch him is insane!” The song titled, “Flames” is to be on the third installment of his three-piece project, Dawn. “I’m just so proud of it,” he tells me. “I hope people love it as much as I do.”

“When I created this series, I wasn’t completely done, but I knew I had to speak it into existence so I’d complete it. Otherwise it’d always just be a thought, not a project.”

With being two thirds of the way finished with his project, he’s making plenty of memories. He tells me his favorite part of the festival was having his friends and family with him to celebrate. “ I was able to share this experience with my mom and dad. It’s such an exciting time and the anticipation surrounding Coachella is great so it’s been an honor being here.”

He’s collabed with talents like Clairo and G-Eazy but Robyn is high on his list. “I went to her show in Los Angeles and I have such a new level of appreciation for her.” So Robyn, if you’re out there reading this, I’ve got the guy for you!

Dawn is set to drop very soon. Until then, you can stream Dusk and Dark to hold you over for the time being.