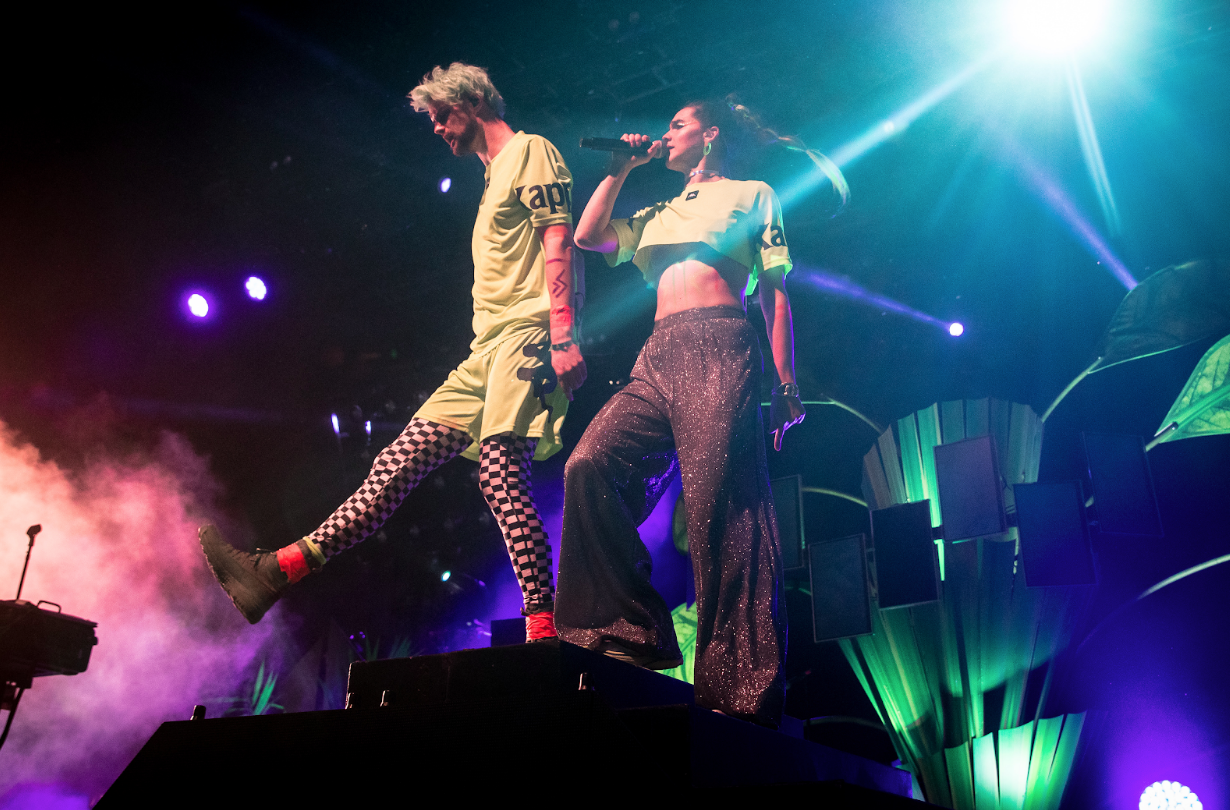 Sofi Tukker is no stranger to the Coachella scene. This is now their second time around the desert, but this time they’re back and bigger and better. I was able to catch up with them coming up on their many shows across America and Australia and we talked about their new era.

Sofi Tukker: It’s definitely a greater level. Everything is larger. REHAB added a new level. Set is really different than the last. We debuted our new show last weekend. So it’s a huge step for us to create the vision. We have a jungle diorama on screen.

How do you prepare before each show?

Sofi Tukker: We take it very seriously. We usually take an hour to warm up and work out. We roll out our bodies, sing and dance to hype up.

Where does your inspiration for your music come from?

Sofi Tukker: Everywhere. Our friends, traveling, meeting people along the way. Coachella was a really cool to meet new artists and see so many people.

Tell me about the importance of feminism in the music industry.

Sofi Tukker: We built our team around feminism.

Sophie: Tucker is an amazing ally to have. We’ve both made sure that each person we have to our team has the same values. We’ve made sure to surround ourselves with a community of people who align with gender equality. We want to create a world we want to live in.

The group plans to release new music and to continue the tour once Sofi recovers from her broken foot! We are stoked to see what’s next for them.