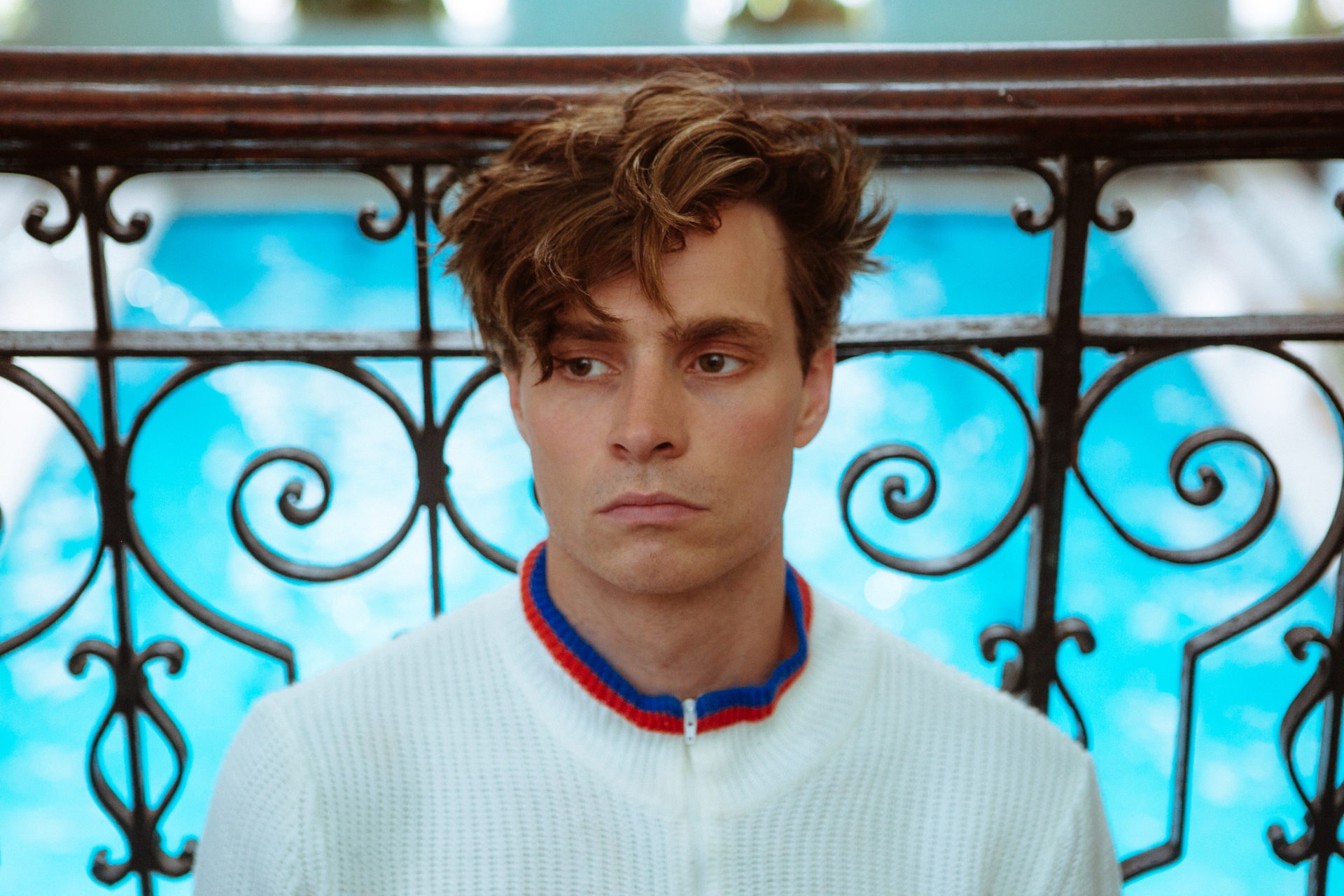 Spencer Sutherland's signature alt-pop sound is unforgettable, it's somehow soothing and danceable at the same time. We talked to the quickly up-and-coming artist about sliding into DMs, his song "Help," and the first thing he's doing when the stay-at-home order is lifted.

Spencer: From when I was a little kid, I've always loved to sing. I mean, technically, I had like I think we made that little "What I want to do when I grow up" book, and mine was, "I want to be a singer." So rock and roll was my destiny. As I got older, it became more clear that It was going to be hard, but I just-- It always was a reality for me, even when everybody around me was like, "Dude, what are you doing? You're crazy." It just will always-- I just always knew. I think that's a powerful thing to get you to do what you want or whatever your dream is.

What do you think was kind of the turning point for you when you were like, "I guess this is my career now." What was kind of that moment that you knew that you were in this?

Spencer: I think it when I moved to LA. I'm originally from Columbus, Ohio, and when I lived in Ohio, I worked a bunch of side-jobs, and also the music kind of. And when I moved into LA, it was like "I at least made it here. Awesome." It was a huge moment.

And tell me about your new song, Help?

Spencer:  I'm so excited for everybody to hear it, I feel like it's a different type of song for me as an artist, creatively and also just emotionally. I would say it's the realest song that I've ever written. It's the first song that I've co-produced, so I'm very excited about that. And yeah, it's just something different that I've never had out before, so I'm stoked.

I love how it's kind of taken on a new meaning, with everything that's going on now. Could you tell me about that?

Spencer: I mean, originally, we wrote the song last Summer about something that I was kind of going through with myself and my life and stuff. We'd been deciding on releasing it this year, but as this started happening, we were like, "Man, this really does describe what's going on right now," and I feel like there's going to be a lot of people that this is going to help. It's kind of eerie how well the lyrics relate to right now. Just being stuck in a box kind of feels literally what we all are right now.

And how are you keeping sane during all of this? Are you still feeling creative? I feel like a lot of people right now are kind of feeling a little weird.

Spencer: I've gained 700 pounds! I don't know; I'm just taking it day by day. I feel like that's all we can do. I'm still staying creative-ish. I think I don't try to force it too much because the first couple days I tried to force it and it just made me kind of upset, so I wasn't able to get inspired to do [inaudible]. I've been trying to give myself a little bit of a break and just take it day by day and try to do something creative every day, whether that's to write a verse of a song, a couple of TikToks, whatever it is to keep my creativity fired up.

Love it. And what has been the biggest challenge for you in the music industry?

Spencer: I think in general, I've always had the self-confidence that I could sing and that I can write and that, in my opinion, I'm an awesome artist. I really do believe that. So for me, it's been getting people to pay attention, the movers and shakers, the heads of companies and stuff, to get them to realize. I think it's probably been the hardest, but I've gotten, like everybody, like 90% nos and 10% yeses, but it's just been hard to get that no and then turn around and try it again. Sometimes it's easier than others and sometimes it just hits you so hard it takes a couple weeks before you can do something again.

I feel that. How do you feel is your best way to deal with rejection?

Spencer: For me, I don't turn around right away, and I'm like, "Screw them." I need like a day, probably. And if I'm really rejected, I'll take a day and go do something that I love and eat a good cheat meal or something. Not stay unproductive for weeks, but I just need a day to reset and then I'll be back at it.

I like that. Just get in a good mindset. What would be your best piece of advice for a young musician?

Spencer: I've answered this a lot lately, but I think my biggest piece of advice is to reach out and keep reaching out, whether that's emails, phone calls, Instagram DMs. I think just getting well-connected, and even if you don't connect with someone and just get a little piece of advice through an Instagram DM, it's so worth it. I've reached literally all the people that I know in the industry, and my friends that are artists, I've probably reached out to most of them on Instagram and just-- people are flattered when you reach out to them. People want to help. People want to connect. I think that's such a valuable thing and a lot of people are so surprised when I tell them how I meet people. I'm like, "Yeah, I DMed them on Instagram," and they're like, "What?" And I'm like, "Yeah, it's 2020. That's the new email." That's my best piece of advice. And also, don't listen to your friends in your hometown.

That's advice for everyone. I love that. I love that. And last question, what's the first thing you're going to do when we're out of self-isolation?

Spencer: I'd like to say that I'm going to go on tour. That's what I want to do. But the first thing I want to do literally when the stay at home thing is lifted, I'm probably going to go to a bar. I've really missed going to bars with my friends. I miss all my friends and just being more social. I could not even have a drink and as long as I'm around people again, I'll be excited. But actually, the first thing I'm going to do - I just thought of this - is go to the gym. For sure.