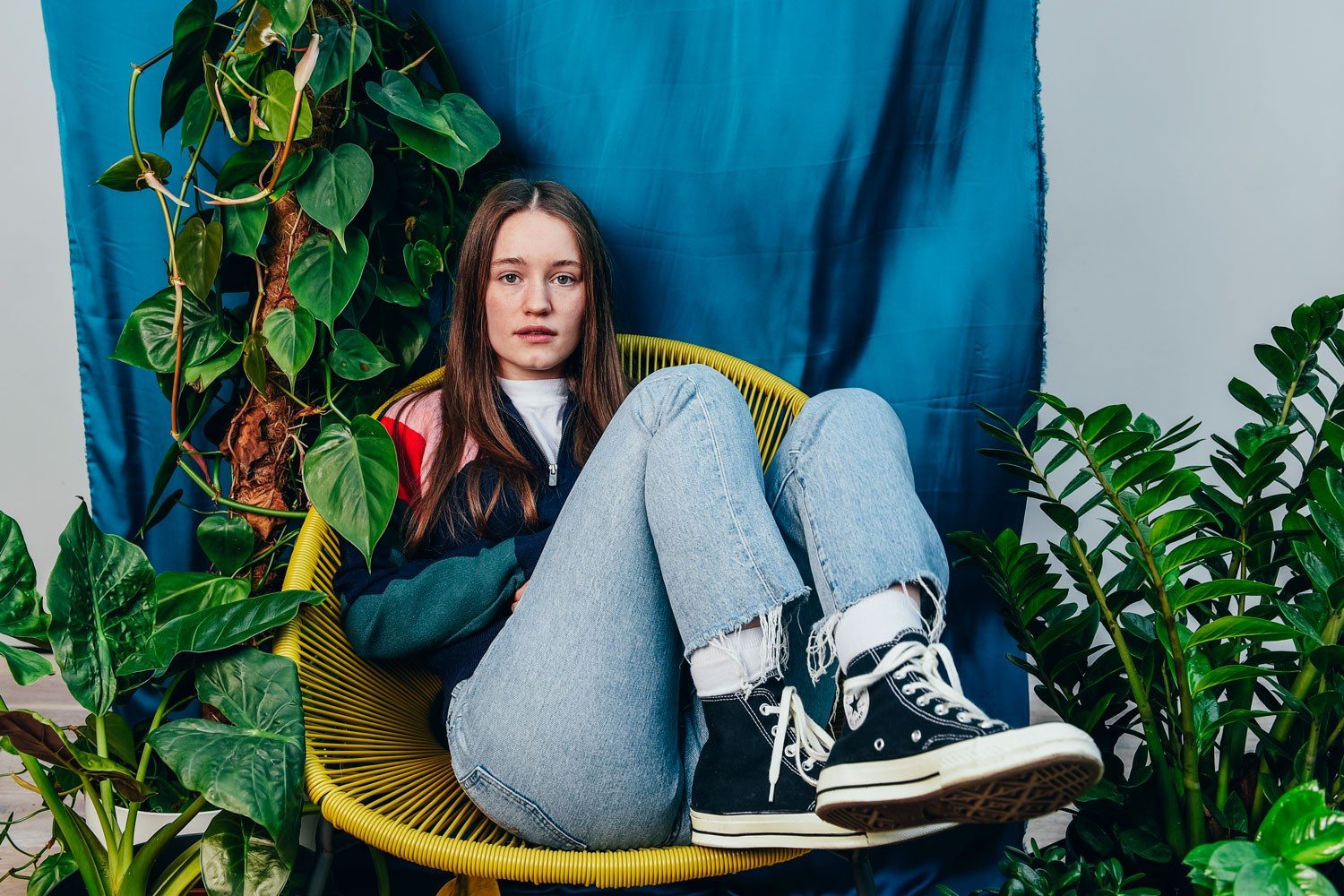 Since we last talked with Norwegian singer-songwriter Sigrid in 2017, she’s been taking the pop world by storm. Her first full-length record, “Sucker Punch” was released this past March, and she spent the summer playing huge festival stages around the world before embarking on her first North American headlining tour. We caught up with her before her sold out show in Nashville, Tennessee to talk songwriting, fans, and most importantly cats.

Is this your first Nashville headlining show?

Sigrid: Oh, it's my first time in Nashville. I've never been to most of the cities on this tour. It’s been too hot to walk outside, to be honest. I'm not good with this heat.

So what's the climate like in Norway right now?

Sigrid: Pretty cold. It’s down to like 15 degrees Celsius.We're not going to be home for like a month. So when I get home, I’ve missed the whole season. Strange, but fun. I’m very excited about this tour though. It's my first big American tour.

And just yesterday you were in Atlanta playing Music Midtown, which is huge. How was that?

Sigrid: That was really fun! Such a good crowd! It was a lovely surprise because we don't know what to expect when we're here. I've been to the market a few times before, and we've done a lot of TV shows and a lot of promo and a couple of gigs, but we've never done cities outside of San Francisco, LA, New York, and maybe a couple more. To dive into like Atlanta and Nashville, it’s so much fun.

Since the album has been out you've been playing mostly outside of the US. Do you feel a difference in the crowd or vibe in America?

Sigrid: Yeah, I love that Americans seem very open at shows. It’s pretty easy to get people to have a good time and loosen up a bit. I think some European countries are a bit more reserved, but obviously European crowds are amazing too. I think we’re just fucking lucky. We have so many great experiences everywhere we go.

And tonight’s sold out, so that's even more exciting!

Sigrid: I'm so excited. When I walked out of the bus, suddenly there were two girls running up and freaking out. They were so cute. Maybe like 10 and 14 years old with their parents and they drove all the way from Virginia just for our show. It’s really incredible that people travel that far to see us, so it makes me even more excited for tonight.

I've noticed that you have a really passionate fanbase, especially online, with people from all over the world. Everybody wants more music and to know what's coming next.

Sigrid: Which is great. We're very lucky. I think our fans online are really funny, and I love how they make a bit fun of me, they're very lovable. There's some great meme accounts too. There's even a Sigrid As Cats account.

I know you love cats.

Sigrid: I love cats and dogs. I do not discriminate. I said “Hi” to a puppy today. That was the cutest.

I want to talk to you a little bit about the album. It's been out for a while, but now that you’ve had some time to sit with it, do you have a favorite song or song you're most proud of on it?

Sigrid: I think I love all of them. Everything's co-written with me and a couple of other people. Right now, I think maybe Don't Feel Like Crying is my favorite song because it's so much fun to play live. I really love the energy of it. I really love the meaning of the song. I love that it's a high-tempo pop song that's really glossy and glittery and fun, but if you dig deeper, it's actually pretty fucking sad.

Sometimes those are the best songs.

Sigrid: Yeah I know! They're really fun, so I love that it has two meanings if you just dig a little bit deeper, and I think that really represents the whole record too.

Did you always know that you wanted to be doing this writing songs and performing?

Sigrid: Not at all. I think I'm still adjusting to the fact that my life is like this right now. It's weird because in some ways, I fully can’t comprehend the fact that I'm doing this. I always wanted to work with something I was really passionate about, but I didn’t think music was possible because I grew up in a place where the music industry wasn’t a thing.

If you're not surrounded by it, you don't really know what's possible.

Sigrid: Exactly, which I think was good for me because I joined the music industry when I was ready. I think it was good for me to work on songwriting without having record labels or management or booking or media or anything like that around my music. It was just something that I was doing for myself back home in my living room. I guess the original question was if I always knew I was going to do this. I don't think so, but I'm really grateful that I'm doing this now, so I want to do the best job that I can.

I think it helps that you can put out music so quickly now with streaming. Even if you take a break, there are so many ways to stay super connected to fans.

Sigrid: Yeah, obviously I'm really happy that people want to hear more stuff, but I need to take my time, and I'm not going to put out anything that I don't really love. So there will be new music, but I released my record less than a year ago. It goes so quickly nowadays, and I know I can't change that. But I'm not going to let that set the direction too much for how I want to do my career.

Sigrid: Yeah, I think it always comes back to good music, and I know that with myself, I need a bit of time to get some great music. I'm really excited to share a little more in a while, and obviously this is just the first record. Hopefully I'm going to release for a really long time.