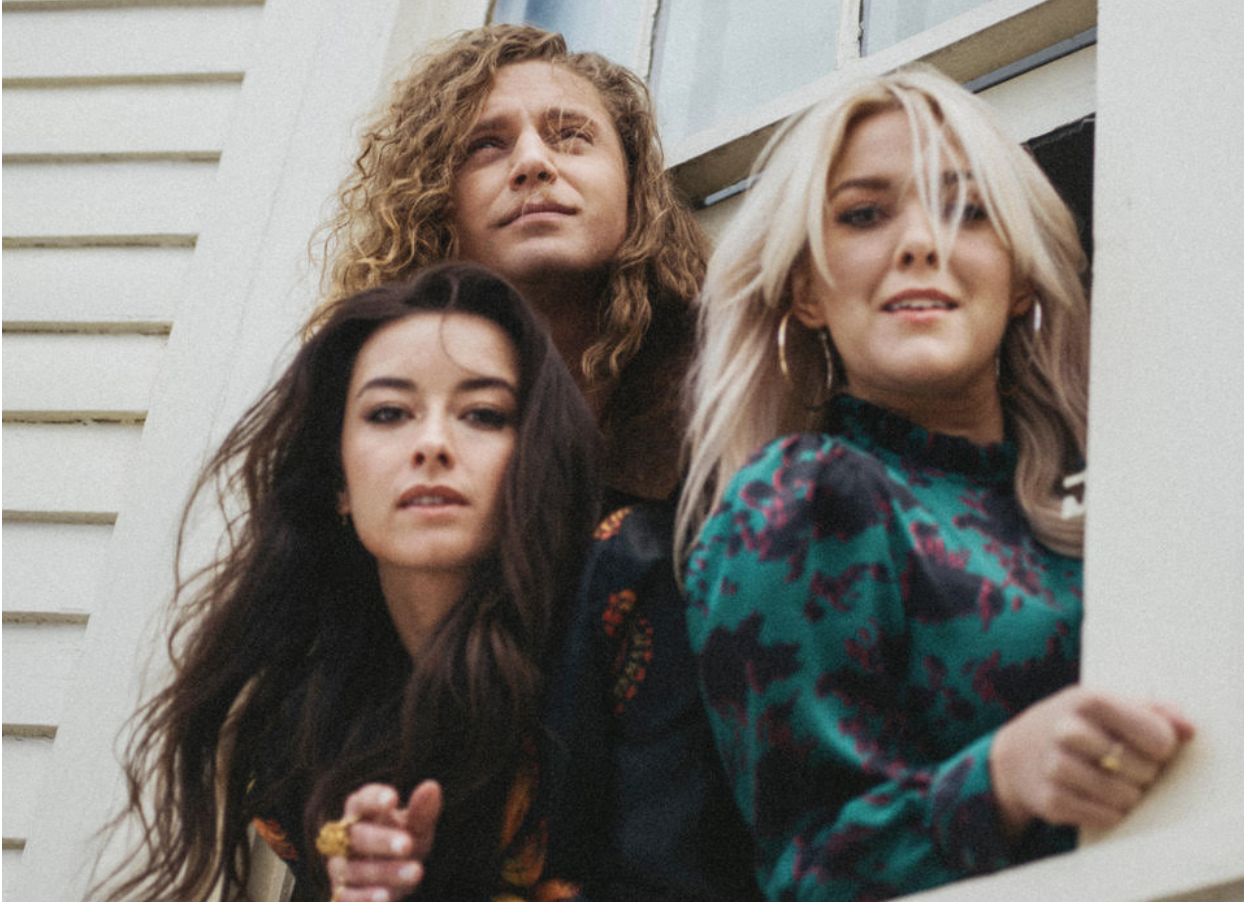 The Wandering Hearts are poised to release their upcoming album and their indie-folk sound is exactly what you need to hear to get in that summer state of mind. We talked to them about their immaculate harmonies and the songs they're excited for fans to hear.

Tell me about the album. What makes this a bit different than your first?

Wandering Hearts: We are so proud of this album. We finished recording it in Woodstock early last year and it was born out of our experiences both collectively and individually. The three of us had gone through a lot together and it all came out in our writing, with the songs on the album almost becoming diary entries of our experiences – from a magazine article we read to something that happened the day before. It’s an album filled with hope and knowing that there is light at the end of the tunnel. It feels very timely.

How did you narrow down the track selection?

Wandering Hearts: We wrote a lot for the album but there were a few songs that we knew were definitely going to make the cut from the moment we wrote them. That made the job of choosing which songs would sit alongside them a little easier. It’s quite an eclectic record!

What’s the track you’re most excited for fans to hear?

Wandering Hearts: It’s hard to pin down one particular song as there are tunes that get us excited for different reasons. Either “Hammer Falls” (which opens the album) or “Stardust” are going to be the most interesting to gauge a response to, as they are both quite sonically different from what we've put out into the world before. However, equally, a song like “Dreams,” written by and featuring the lovely legend Marty Stuart, will be a first for us too.

What’s something that you want new listeners to know about you?

Wandering Hearts: Harmonies are our thing, we love making music, and fun fact: we were all born in December!

Wandering Hearts: Planning (fingers crossed) as much touring as humanly possible!! We have missed playing shows and connecting with people in real life. We’re so excited to get our album out and we cannot wait to get back out there and share it with everyone.