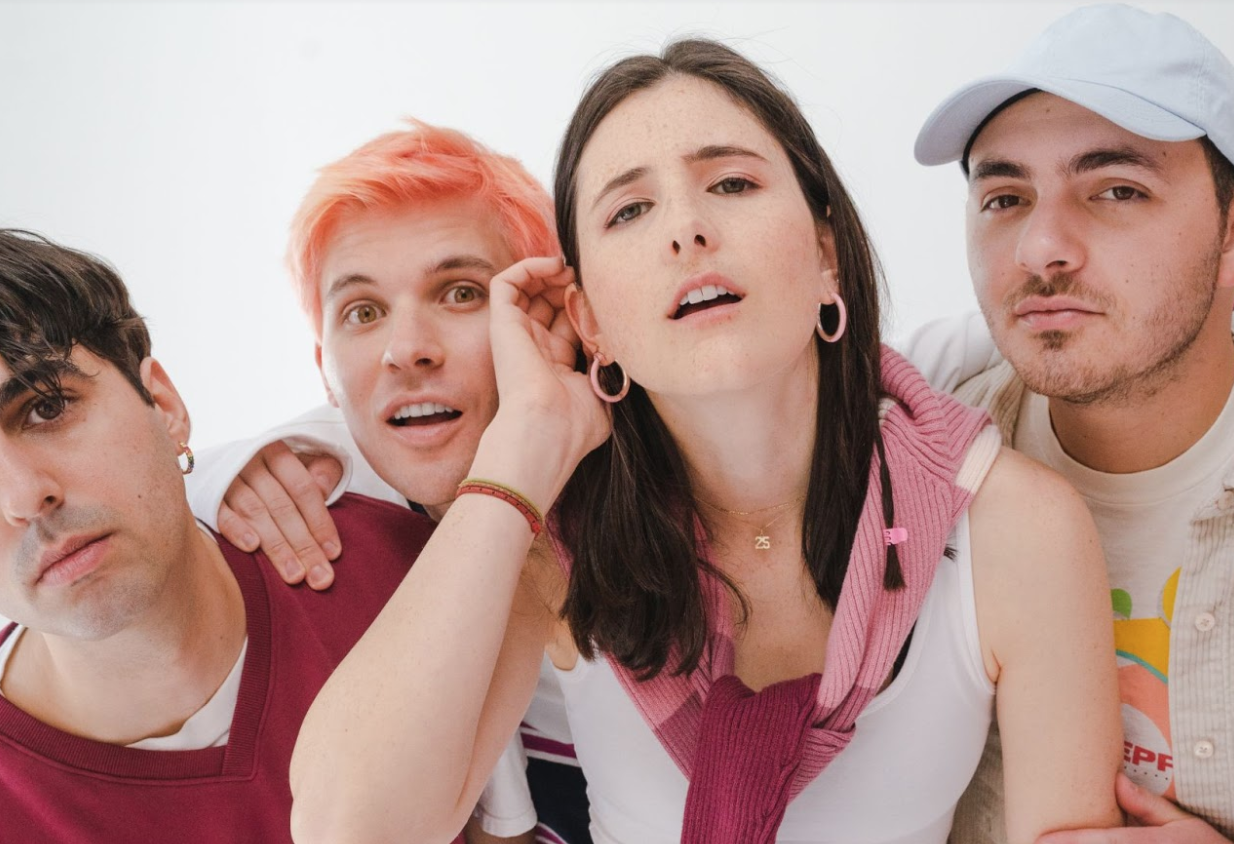 I saw Valley perform a couple of years ago opening for another band so when their track “Like 1999” came across my for your page, I knew the melodies were extremely familiar. To see this group get the recognition they deserve in a year when we had no music was nothing short of incredible. We got to sit down with them, via zoom, of course, to catch up with them before the tour.

So the first question I have is what everyone is probably wondering - did you know that Like 1999 would take off the way it did?

Valley: Not at all. The thing with these viral moments is that everyone who experiences will always tell you that - if you manufacture them, or try to make them happen, they don’t happen. Just like with our track, it just kind of happened. We couldn’t predict a moment like that, and our whole career as a band for seven or eight years now, this was something we’ve talked about and it just stemmed from us going to a cottage and writing together.

Valley: It was honestly just an honest representation of how we wanted people to see our band. It was truthful. It wasn’t staged, a fake song, it was something we wrote and happened. That’s the beauty in “Like 1999” taking off. It was connecting with people and I think the timing was just right. Last year, there was a lot of 90s nostalgia and it came at the right time. It definitely pushed our career forward as a band. We were very fortunate to have it happen.

Then, by following up with “SOCIETY.” What was it like to create that track?

Valley: Yeah, to give some context, that song was actually supposed to be on the sucks to see you doing better EP. We wrote that on our initial writing trip while writing the sucks EP and then COVID hit the world and we were just going through so much cultural and progressive change.

We know that we have to continue pushing forward and that song just sat in our Dropbox so when we wrote it, it was during a moment in time where we felt the industry tryingto pressure us and that’s when we said, “society sucks.” It’s our own unique experience, and some people can relate - whether it’s their boss or even going to the dentist.

This song was just to stick it to them because, man, the system sucks. So the song is very tongue and cheek and it was kind of inspired by “All Star” by Smash Mouth - you know a song that feels happy, but has a bit of frustration in it.

Did the pandemic change your perspective into what touring looks like moving forward?

Valley: Yeah, it was tough. Touring is such a muscle, ya know? LIke it was just a routine and knowing how my schedule worked so it was easy to get off the rails especially if you spend a majority of your time on the road. Just in terms of even eating healthy and exercise so when there aren’t tours, you have to figure out what your new life looks like.

But on an emotional level, it was tough because we were so used to living together and when you have time to yourself, you realize that in that time it was important to develop good skills and habits. But now we want to be able to put on the best show for our fans. We definitely learned to not take traveling for granted.

Definitely. Is there a specific city you’re really excited to see?

Valley: We definitely can’t wait to get back to Philly and Dallas is also crazy. Phoenix’s Van Buren is amazing and incredible. Their staff is so wonderful and gives you things like socks and medical things and goes the extra mile for their artists.

Valley: Our favorite fan experience was in Louisville. Our first ‘Maybe’ jacket showed up there and it was just so cool and incredible and awesome.

Valley: Lots of music. We’re wrapping up our next project and then dropping some more videos before tour! It’s going to be really fun!

Keep up with Valley on Tik Tok, Instagram, and Spotify to stay tuned.