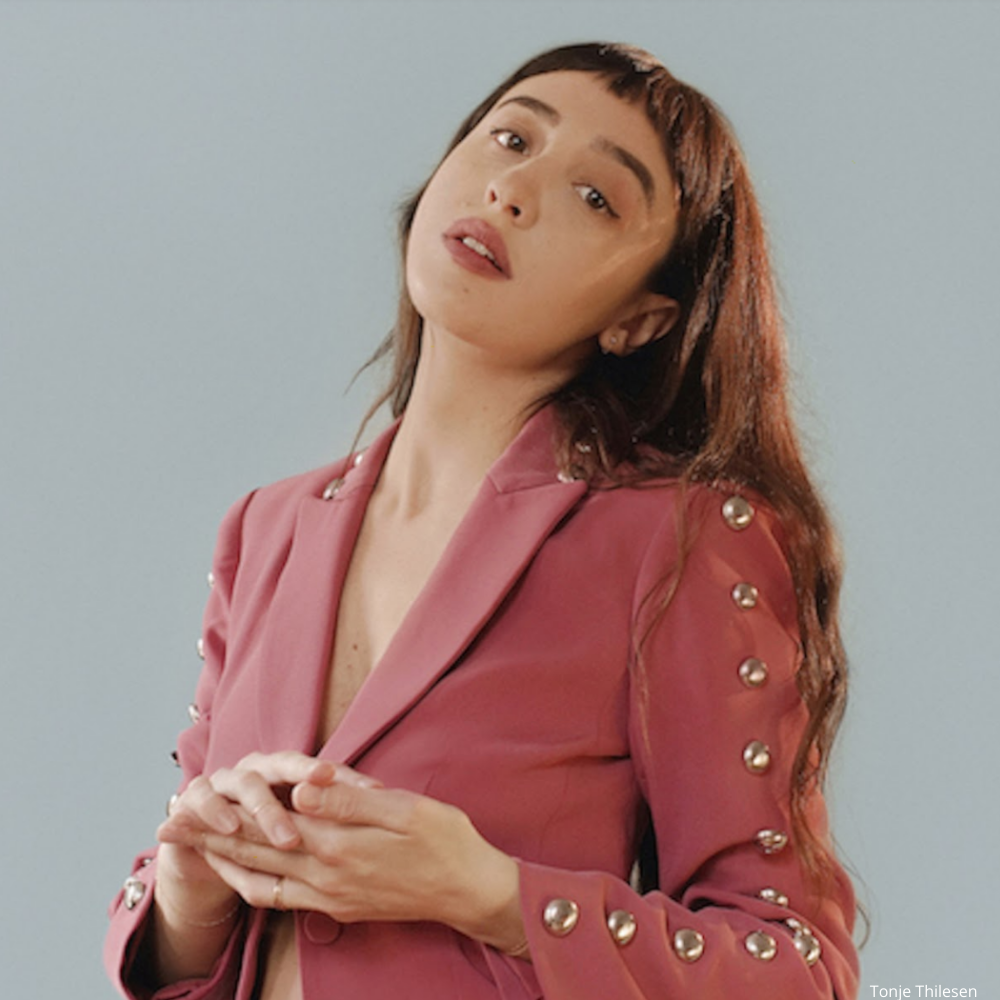 Victoria Reed has transformed from her last project. This album differs vastly from her last one, but she’s exactly where she wants to be. We are in love with this new sound and can’t wait to hear more from her this year.

How is this album an evolution from your last one? How have you grown as an artist in the years since?

Victoria: This album feels closer to my musical tastes in a lot of ways— working with Autre Ne Veut really helped me to hone in on a sound that felt both totally exciting and totally true. He’s kind of this avant-garde experimental guy in his own music, but also has a deep appreciation and knowledge of pop music. The combination of those sensibilities really lent itself to the type of record I wanted to make.

Working in a home studio for the first time allowed me to grow, learn and stretch out on the job in really amazing ways. There’s so much pressure that comes along with recording in a studio, that in the past, often left me feeling a bit hurried and wishing that I had more time just to try things, experiment, and work some stuff out— without the constraints of time and budget staring you down. But with this project, if we went to work on things and it didn’t feel totally right, we could just go for a walk, or take a nap and try again later. For me, that was a game-changer!

I’ve also learned a lot about the art and beauty of collaboration, and the importance of choosing the right collaborators both in and out of the studio. I find myself feeling more inspired and empowered to just be myself these days, whatever that means, and less concerned with this imaginary audience of critics in my mind that hold me back from really going for it and putting myself out there. I’m also trying to learn to become more process-oriented— less focused on where it’s all going and instead just being present each step of the way.

Where did this album take you that you didn't expect to go?

Victoria: Autre Ne Veut pretty much insisted on laying the foundation of each track with an instrument other than the piano (which is how all the songs were written) just to get us out of any comfort zones- every track ended up totally different than I ever would have imagined it in the best kinds of ways. Experimenting with programmed drums for the first time definitely brought out something new as well! I've always been really into electronic-based music but had never really gone there in my own music. I also ended up using my voice in new and exciting ways that I hadn’t previously tried in the studio

What do you hope that listeners will take away from ‘Aquamadre’?

Victoria: I hope that listeners will be able to connect with these songs in helpful and inspiring ways, perhaps in ways that make them feel less alone. Though what I write about is deeply personal, it’s also all rooted in very common emotions and experiences. So much of what I write about consists of lessons learned, ways I’ve found to suffer a little less, to be a little more alive, to say things that I maybe can’t say just through speaking. So in an ideal world, my songs will leave people feeling inspired and even more curious about their own ability to heal their pain, to find the will to persevere, to reach out for help, to say the thing, to release shame, to love and be themselves. I mostly just hope that my songs can help others in the same ways that they help me!

Why did these songs need to be written?

Victoria: I write these songs because I literally can’t help not to. It’s one of the most helpful and healing tools I have available to me, it’s how I process my deepest and most difficult emotions, it allows me to sort through things, release what’s no longer serving me, and set the good stuff in stone. But I also write them because I want people to take away something good from them.

It’s a tough world out there but I believe that there’s also always a whole lot of love and beauty still, and that’s where this record is coming from. There’s no shortage of horror films, devastating headlines and murder podcasts to consume, and I personally never understood how people enjoy having the traumas of our world reflected back to them for fun. I get that there’s a certain catharsis involved that has emotional value, but I also think it’s cheap and easy to make art that says, look at how fucked up the world is. I can look out the window or turn on the news to tell you that. What I find to be way more vital to this world right now is art that reminds us about all the good things worth living and fighting for! And that’s the type of art I try to make.

I also believe that it’s extremely important for the female gaze and voice to be seen and heard in general. It seems to me that so much of what’s lost about the world today is rooted in patriarchal toxicity, this totally ridiculous and dangerous imbalance between masculine and female energy. Sharing and connecting with the stories of women is just one of many ways to help close that gap. It also happens to be one of the best ways I know how to contribute…

How do you feed your imagination? How do you proceed when you want to write songs?

Victoria: This might sound strange, but I never really find myself lacking in inspiration to write songs. So if I don’t have anything to write about, I just don’t write. There’s always a wave of emotional material just around the bend, so I never push it. When I want to write a song it’s because I’ve got something I absolutely need to say. It’s only then that I’ll sit down at the piano, fire up my voice memo app, and get rolling. If you dug through those voice memos you’d find a lot of me cry-singing before eventually settling on a chord structure and melody that I stick with. It’s almost always after 1 am after I’ve had a glass of red wine, maybe pulled some tarot cards, lit some candles. I joke that I’ve always had good neighbor karma, and despite living in apartment buildings my whole adult life, I’ve never once been told to quiet down— our new neighbors have actually requested that my husband and I play more! Mexico is great like that!

What advice would you give to your younger self?

Victoria: Enjoy your life! Think less, feel more. Trust and patience is key. You don’t have to have it all figured out, and there really is no such thing. You can give yourself the love and care you need and crave from the world. Don’t waste your time trying to prove your worth or the worth of your ideas to people that just don’t get it- there are plenty of people that do get it, or will get it, and you won’t have to waste any of your precious energy trying to get them on board.