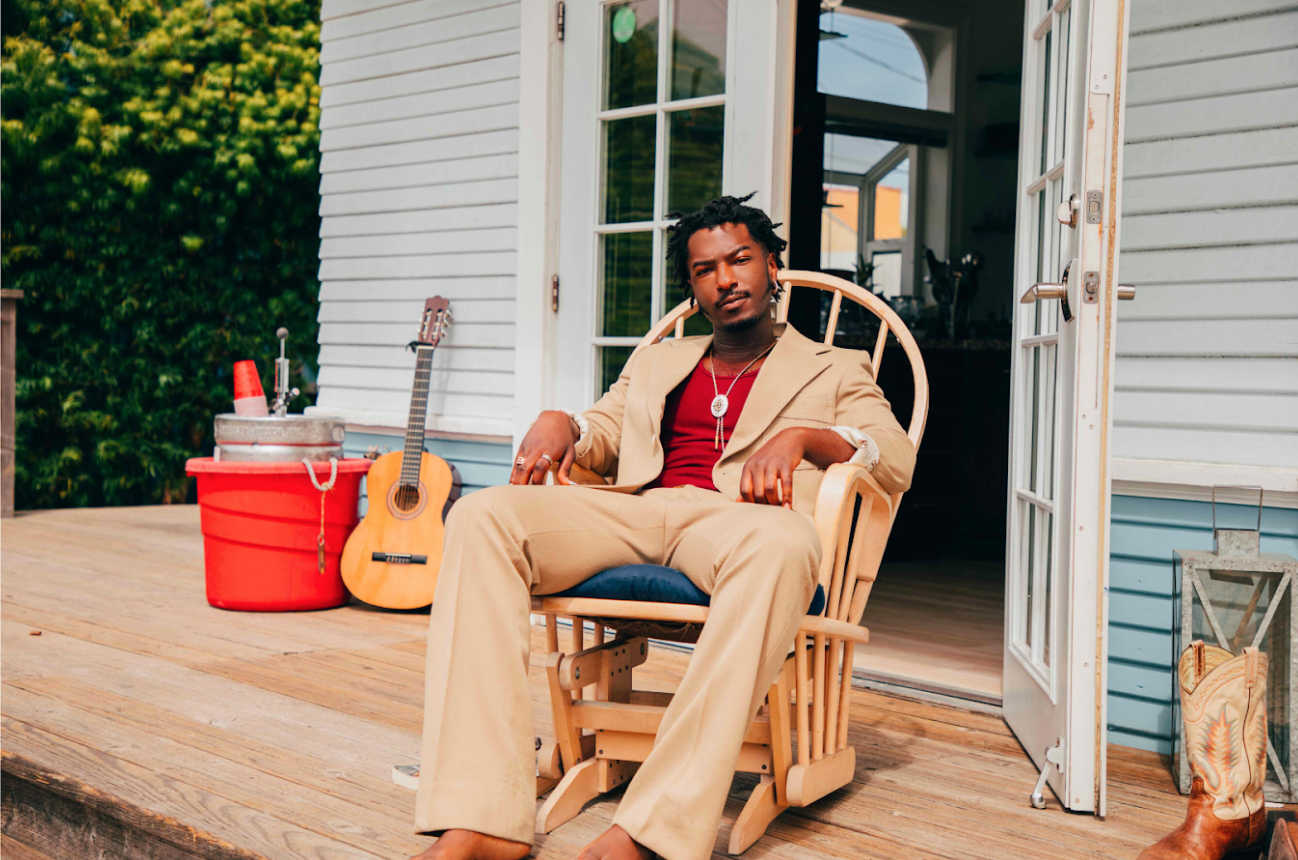 Country and R&B are two genres that may not seem like they go together, but with crossovers like Over and Over by Tim McGraw and Nelly and Old Town Road with Lil Nas X and Billy Ray Cyrus, it was almost natural for artists like Willie Jones to test the blend of genres. Willie’s trap country sound is insanely catchy. His personality is contagious. He’s raw and doesn’t hold back and I think this is exactly the type of artists the country music industry needs right now.

Willie, “Trainwreck” is crazy catchy. My friends have even told me it “slaps!” Tell me about the process about creating the single?

Willie: I worked with Mark Batson (Dr. Dre, Alicia Keys, Eminem) and Justin Ebach (Jake Owen, Brett Young) for this song. I met them through connections and I met Mark in the Hollywood Hills. It was funny because Mark resembles Stevie Wonder, meanwhile Justin is very southern and from Nashville, but it was great to see these two worlds come together to create the track. The track is about getting over a breakup and getting f*cked up in the midst of it.

Tell me about your musical influences?

Willie: They vary! Very much rap and a country mix. Ones off the top my head include Kanye West, Taylor Swift, Ryan Leslie, Usher, Kacey Musgraves, Josh Turner, Kurt Franklin. I listened to a lot of pop, country and gospel growing up. These are the three genres I’ve leaned into for inspiration.

The songs I liked growing up were the songs that had an apparent story being told. Kanye West’s “Roses” comes to mind. I love how he tells the story of going to the hospital with his grandmother. “I know it's past visiting hours /But can I please give her these flowers”

That’s what I loved about country music, there was always an apparent story being told. But even with hip hop, you occasionally get that. Ludacris’ “Runaway Love” comes to mind. “Now little Lisa is only nine years old/ She’s tryin' to figure out why the world is so cold /Why she's all alone, and they never met her family”

I also started musical theater and performance at age 14. And you know with musical theater, it tells a story. My coaches always instructed me to connect and tell a story to the audience. It was both visual and audible and I think all of these influences have made me into a weirdo country singer, ha!

What would you say for those stating you’re a minority in the country space?

Willie: Honestly, it’s nothing new to me.  I grew up and around predominately white people. I went to a performing arts school and was maybe one of seven black people in my class. I was always surrounded by white people but did make a point to surround myself with blacks, too.

Growing up, it was very far and few in between. I  was just myself and accepted. I didn’t try to blend in, and was my own person. I think people respected that. I didn’t give a damn and was authentic. I know some don’t always perceive this type of behavior this way, but oftentimes like with me, the good can outweigh the bad. I got into country music because I wanted to see more representation. I will admit I felt lonely when I got involved. I do feel like sometimes that I want to see more people who I can relate to. Right now it’s a niche group, but I do want to get in sessions and be like this is what I want to write about, but they don’t necessarily understand the complete situation. I do think now there is a growing group of us though, and it’s not just country music, it’s other genres.

I saw the other day on social media a post that my friends were sharing of a Black country fan. What do you think other artists can do to create a safe space for non-white country fans?

Willie: For other artists, if you want to create an inclusive atmosphere for all fans, I feel like if you operate from pure love and light and spread that, it’s going to happen. I just really want to see the peace happen.

I know it’s a topic asked by many, but do you want to talk about what’s happening around the world right now?

Willie: I think what’s happening is bigger than all of us, but I love that things are being addressed like police brutality. And I will be the first to say it really is not all cops. I think the narrative can be shifted towards the crooked cops.

These are issues that have been going on for years and this is bigger than we know. But it really is so great to see that everyone is starting to understand everyone. I have loved seeing white people tell me that they may never fully understand, but they hear me and see me and want to be apart of this movement. So, let’s put an end to racism and police brutality. We have to figure this sh*t out. Periodt.  Because there are so many others out there who want to see the world fall apart.

Totally agree. That was very insightful and thank you so much for sharing that with me. Now back to a lighter topic. While in quarantine, did you pick up any new hobbies?

Willie: I’ve been painting a lot; creating a lot. When you create, I think you just feel better. When you create something for someone else and give it away, you feel even better. When i was depressed, I wasn’t creating at my optimum, but when I loved what I created and gave it away, I felt inspired and happy. I’ve also created a studio in my house and aptly named it Backporch Studios after my last single.

I’m also cooking a lot and giving back to the community. I want to get more involved so I’ve been speaking at the church and putting on puppet shows for the kids. And writing more music, of course. I know in the next year of my life, I’ll grow so much more and I want to be the best version of myself.