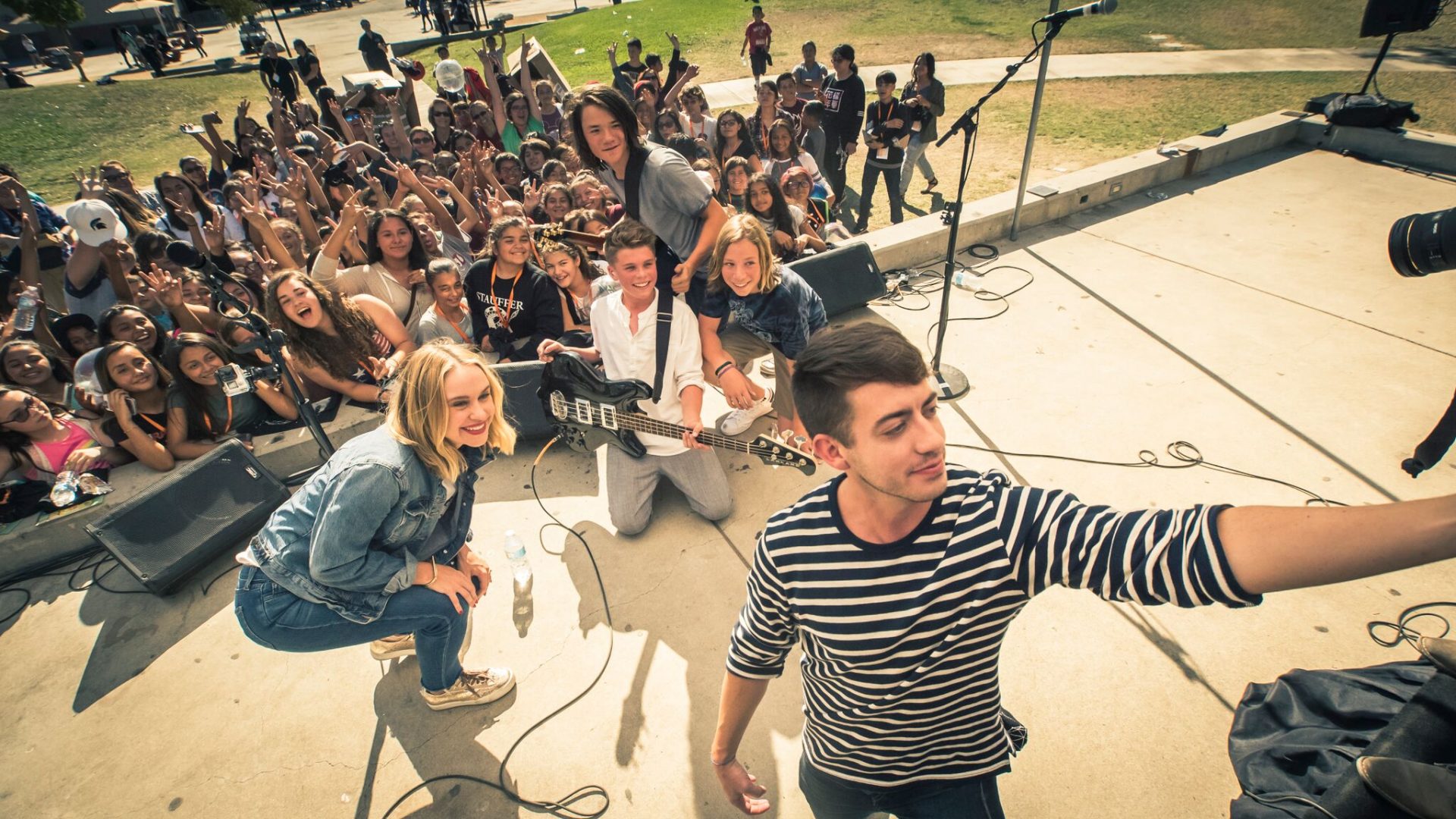 WJM is a trio you’re going to want to keep on your radar very soon. The California natives comprised of William, Jeremy, and Max became a rock band at the young age of 8 but instead of just creating music, they decided to use this as a way to change the world.

This past year the group was featured on Little Big Shots (so if you’re a fan of the show, that’s probably why they look so familiar). They also got to spend New Year’s Eve with Yoko Ono and Sean Lennon to discuss their platform on social activism.

The group has made a name in the entertainment industry for their good deeds. Recently, they’ve even traveled to Germany to play for multiple organizations.

In the midst of doing good, they released their third EP this August.

William tells me it was inevitable for them to be together. He and Jeremy played together for a while so when they met Max the magic happened. Max was just a friend and didn’t really audition for the band, but they all got along and knew something special was about him.

All three in unison answer with “Empire” when talking about their favorite track from their EP.

Their biggest drive to perform was to give back to their community. “We had a lot of support to get where we are and we just want to return the favor,” says William.

They want their fans to know they’re never too young or old for achieving their dreams. “Keep going. Be passionate. Stay true to yourself,” says Jeremy.